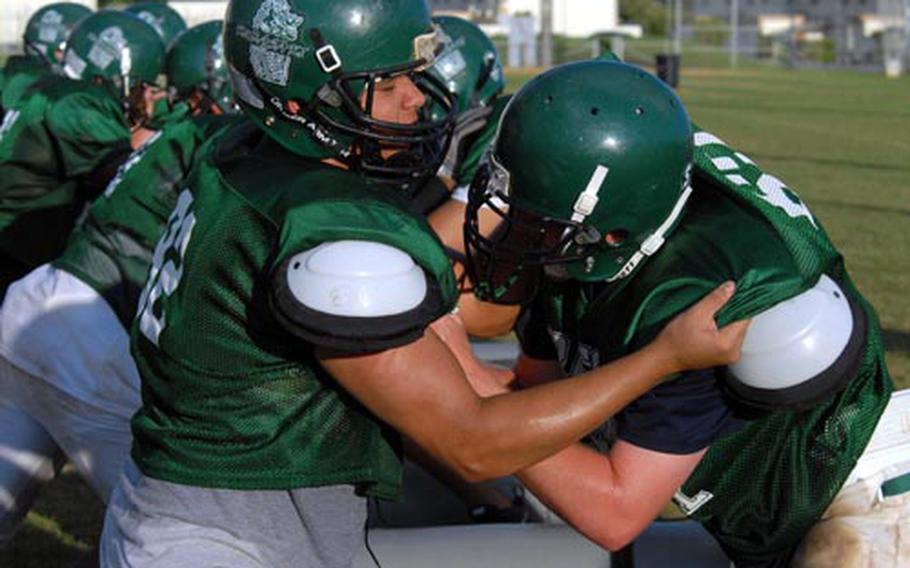 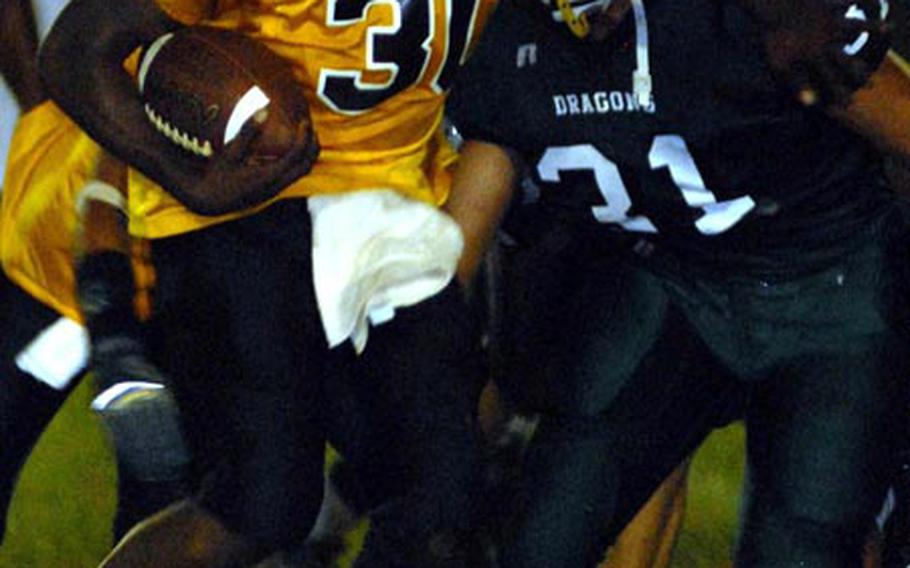 The defending Class AA champion Kadena Panthers must replace Carr and his 592 yards on 66 carries in four games as they ready for the 2008 season opener Sept. 5 at Kadena&#39;s McDonald Stadium against the Kubasaki Dragons. (Dave Ornauer / S&S)

Rather, Mendoza said his Panthers feel the need and desire to prove themselves all over again.

Kadena opens defense of its two straight Okinawa Activities Council titles on Friday at McDonald against Kubasaki, which the Panthers have beaten four straight times.

From the day school ended, players spent day after day lifting weights and doing speed work, demonstrating to Mendoza their desire to begin a charge to another title.

"We&#8217;ve had the best summer conditioning we&#8217;ve ever had," Mendoza said of his players, some of whom have shaved time off their 40-yard dashes and improved their weight lifting by 40 to 50 pounds. "We had a good amount of kids every day. That shows dedication."

Much the same can be heard in Kubasaki Dragonland, where coach Fred Bales stands firm in his belief that Kadena is still the team to beat and the Dragons are on the "outside looking in."

Plenty of veterans return for Kubasaki, especially in the backfield, with tailbacks Josh Bales and Marquette Warren behind quarterback Kaleb Robinson, but until they win, the Dragons remain unproven, Bales said.

"We need to learn how to win again," he said. "We&#8217;ve lost some big games. We have to learn to climb the mountain again, with spirit and fire and desire to win."