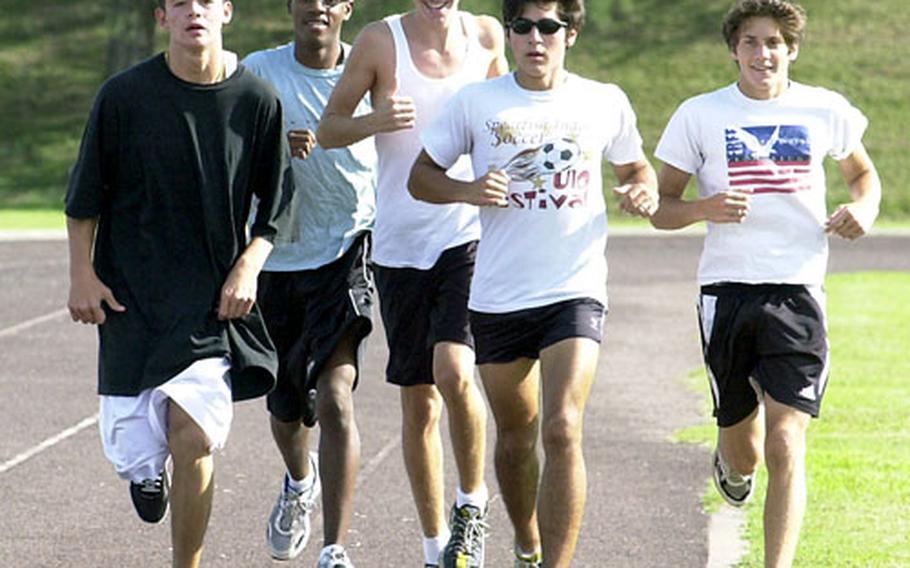 KADENA AIR BASE, Okinawa &#8212; On paper, at least, Kadena appears to have much in its favor as it aims for a third consecutive Far East High School cross country team title.

Of the 10 Panthers who swept the 2004 awards at Misawa Air Base, Japan, seven returned to help the team win its fifth straight Okinawa Activities Council team championship last month.

The Seoul American Falcons and Robert D. Edgren Eagles have been hot on the Panthers&#8217; trail in the past two Far East meets. And several individual talents, two of whom posted the best times in the region this season, could steal valuable team points from Kadena.

Kadena begins its bid for another title against 12 other Department of Defense Dependents Schools-Pacific teams starting Monday with the 3.1-mile boys and girls individual races at Misawa&#8217;s Gosser Memorial Golf Course. The 31.5-mile team relay concludes the meet on Tuesday.

Coach and runners say the Panthers have stressed that strong individual runners push each other to team success &#8212; which in turn motivates individuals.

He&#8217;s one of five Kadena runners who won an OAC race this season. Challenging them is a group including Guam champion Matt Evans, whose 17:03 this season stands as the region&#8217;s top time, and DODDS-Japan champion Peter Kamau of Edgren.

Seoul American may be the biggest threat to Kadena&#8217;s chances.