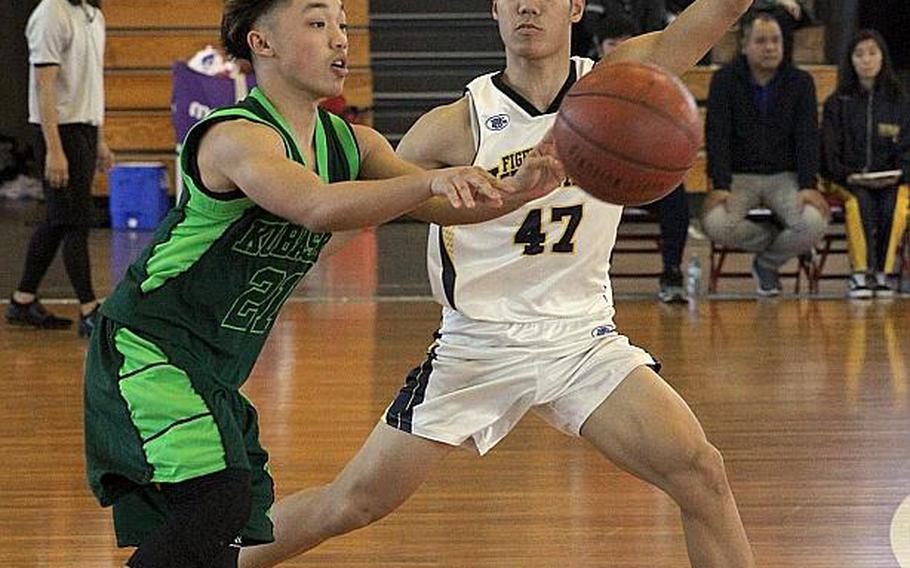 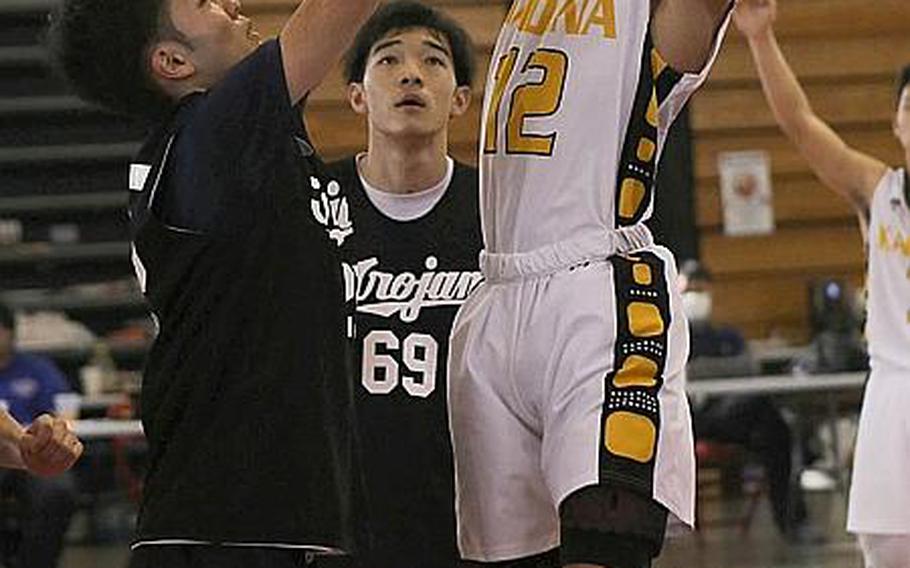 The junior center just missed a double-double, scoring 12 points and grabbing nine rebounds as the Panthers won the tournament for a record fifth time since its inception in 2007, but had to hold off Oroku, a Japanese team, 38-37 in Sunday&#8217;s final.

&#8220;That was a nail biter,&#8221; Panthers first-year coach Antiwon Tucker said. Kadena was leading by that final margin when it turned the ball over with three seconds left. Oroku then missed a shot to win it as the buzzer sounded. Oroku is the third-rated Japanese team on island.

&#8220;We were able to use our size,&#8221; Dearborn said of playing the fleet-footed, but smaller Japanese teams in the Friendship Tournament.

Getting tournament experience is helping the Panthers grow as a team, Tucker said; the Okinawa-American was the second tournament Kadena has played in two weeks.

They finished fourth a week earlier in the American School In Japan Kanto Classic, which Tucker said boosted Kadena in this tournament and helped prepare them for the Far East Division I Tournament later this month at Camp Humphreys in South Korea.

Dearborn figures to be a big part in Kadena&#8217;s bid for a first Division I Tournament title in nine years, Tucker said.

On the girls side, both Kadena and Kubasaki finished out of the top four, losing in the quarterfinals, the Panthers 45-41 to Futenma and the Dragons 60-24 to Koza. Itoman won the girls title 60-35 over Koza.