Kadena boys taking the lead in Okinawa track and field 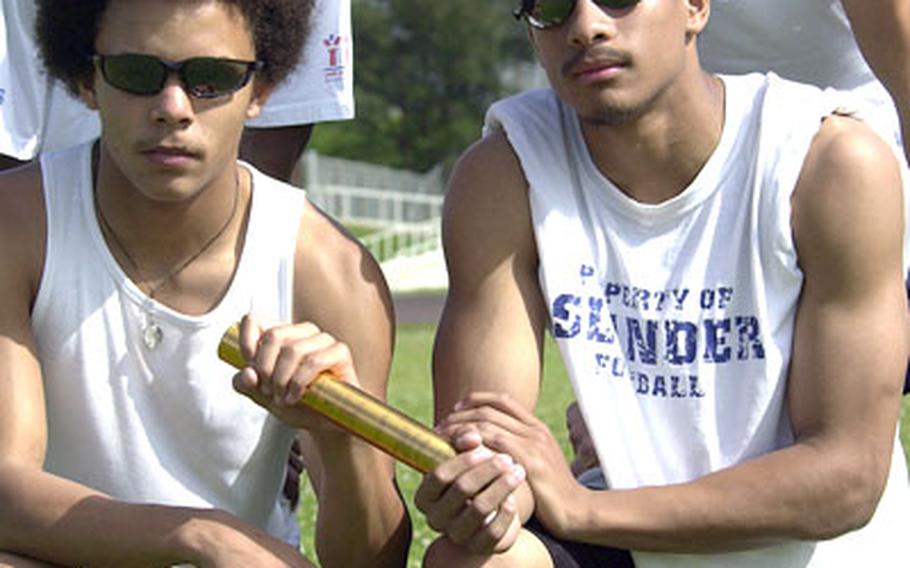 This season and last, an infusion of talent in all disciplines, plus coaching continuity, have helped the Panthers pound to the front of the pack.

Lofty heights for a program that spent the 1990s making up in coaching changes what it lacked in district championships &#8212; just one, in 2002. Then, Sergio Mendoza became coach last spring.

In past years, a few athletes would garner the lion&#8217;s share of Panthers points. But this squad is balanced top to bottom, said rival Kubasaki coach Charles Burns.

Perhaps the biggest weapon, the coaches said, has been coaching continuity.

Newton anchors the team in the field-throwing events and holds the Pacific high-jump mark. He said he hopes to achieve a 6-4 leap at the Petty, &#8220;then push myself to see how high I can get.&#8221;

The Panthers plan to travel to May&#8217;s Kanto Plain Association of Secondary Schools meet in Tokyo, where Kubasaki has competed as a non-scoring entity since 2002.

Mendoza said he&#8217;d like to mold a program thats competitive against their stateside counterparts.