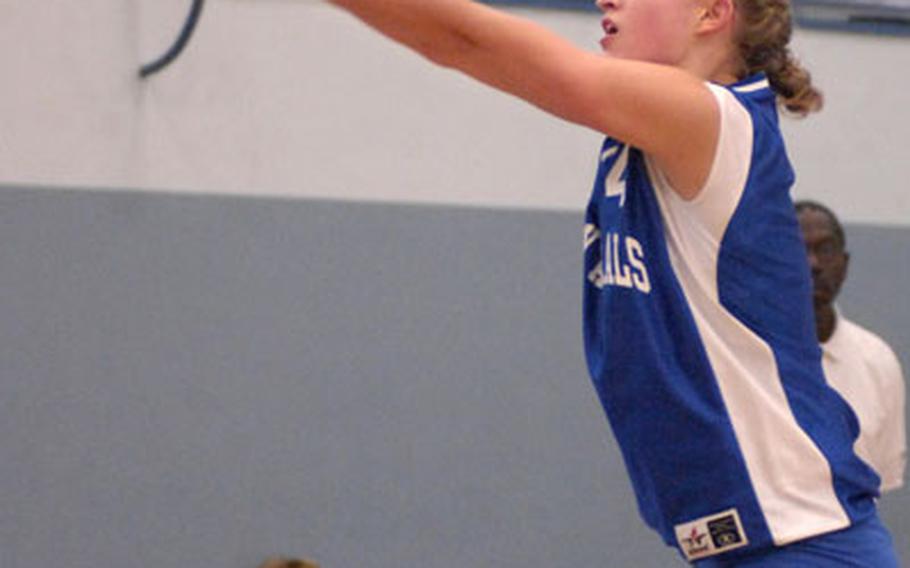 Bethany Walcott, a junior from Rota, bumps the ball during their semifinal match against Sigonella. Rota defeated Sigonella 25-21, 25-15, 25-8 to advance to the Division IV final. (Ben Bloker / S&S)

Bethany Walcott, a junior from Rota, bumps the ball during their semifinal match against Sigonella. Rota defeated Sigonella 25-21, 25-15, 25-8 to advance to the Division IV final. (Ben Bloker / S&S) 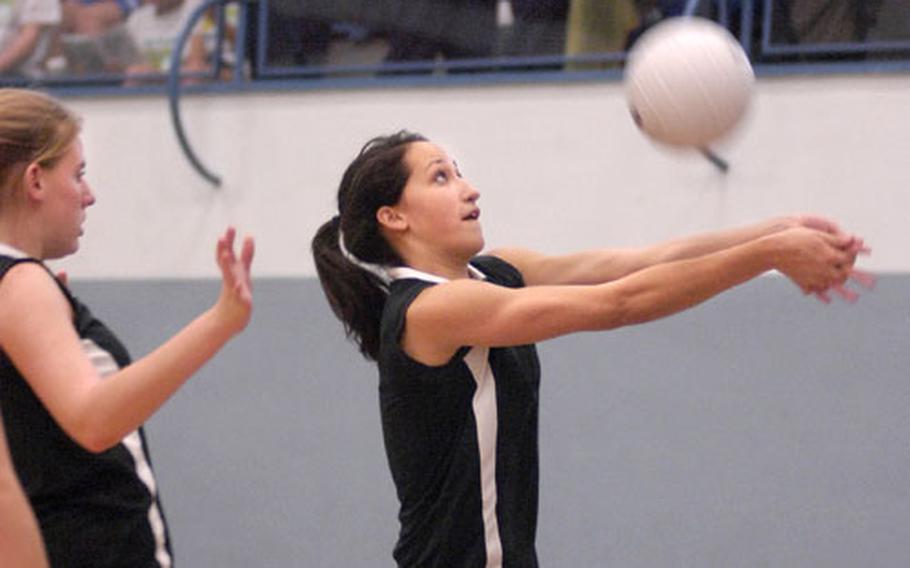 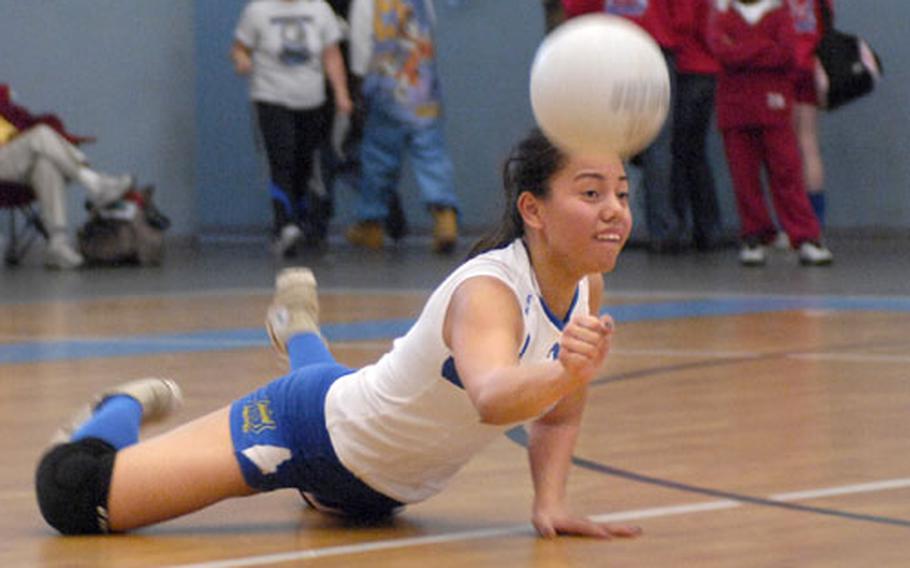 Jessica Rodil, a Sigonella junior, digs for a ball during a Division IV semifinal game against Rota on Friday at Vogleweh. Rota defeated Sigonella 25-21, 25-15, 25-8 to advance to Saturday&#39;s final. (Ben Bloker / S&S)

KAISERSLAUTERN, Germany &#8212; Rota and Hanau were the first teams Friday to qualify for the DODDS-Europe girls volleyball championships, but it was one of the home teams that made the biggest noise in the four-division, three-day tournament that winds up Saturday.

&#8220;We thought we could come back after we shook off that first game. We didn&#8217;t show up for that one,&#8221; Kaiserslautern coach Scott Davis said as he watched Ramstein defeat No. 2 Lakenheath in a later D-I match.

Davis said the Lady Raiders righted their ship behind the play of senior middle blockers Tylisa Hendrix and Lisa Domingo.

Ramstein rebounded from the loss to rout Lakenheath 25-13, 25-10, 25-17. The sweep meant the top three seeds, Ramstein, Lakenheath and Kaiserslautern, all ended round-robin play 3-1, with Ramstein and K-town advancing on the basis of percentage of games won among the three. Had Lakenheath beaten Ramstein, it would have played K-town in the title game.

In the semifinal matches completed by presstime Friday:

No. 2 Hanau&#8217;s up-and-down day against Lajes should provide a lift for Panthers, according to freshman outside hitter Tatjana Gainey. &#8220;We pulled through some tough situations and still kept it together for five games,&#8221; she said. &#8220;It will help our confidence.&#8221;

In Division III, Baumholder topped Hohenfels 30-28, 25-11, 25-17, while Bamberg was playing Marymount International School of Rome in a late game.

It was Baumholder&#8217;s second victory this year over Hohenfels, and the Lady Bucs could face another team they have beaten if Bamberg advances.

BFA simply had no answer for 5-9 senior Tiffany Hight, whose assortment of slams and dinks sparked the top-seeded Saints. The MVP candidate registered 19 thunderous kills despite the best efforts of BFA middle blocker Joanna Kelly.

Aviano will take on the winner of Friday&#8217;s late semifinal between SHAPE and Bitburg at 1 p.m. for the D-II crown.