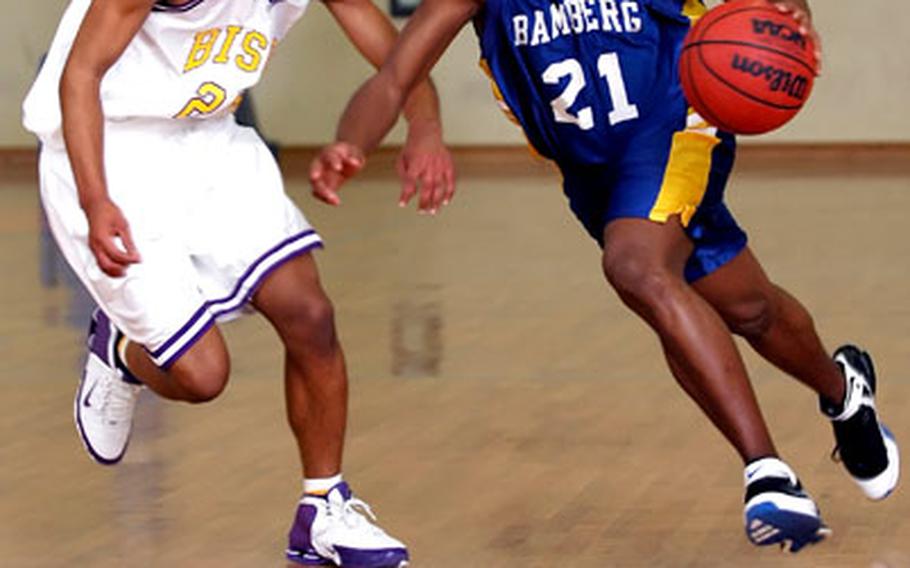 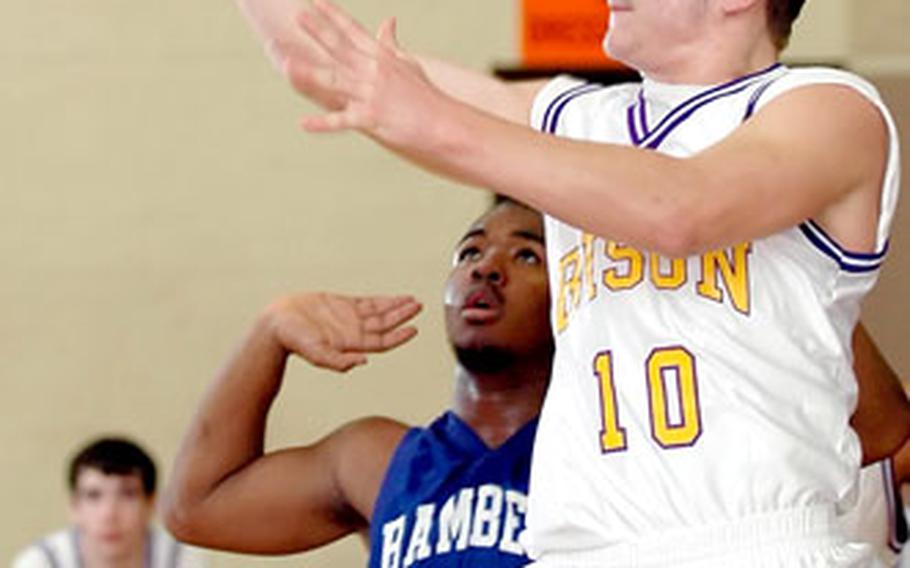 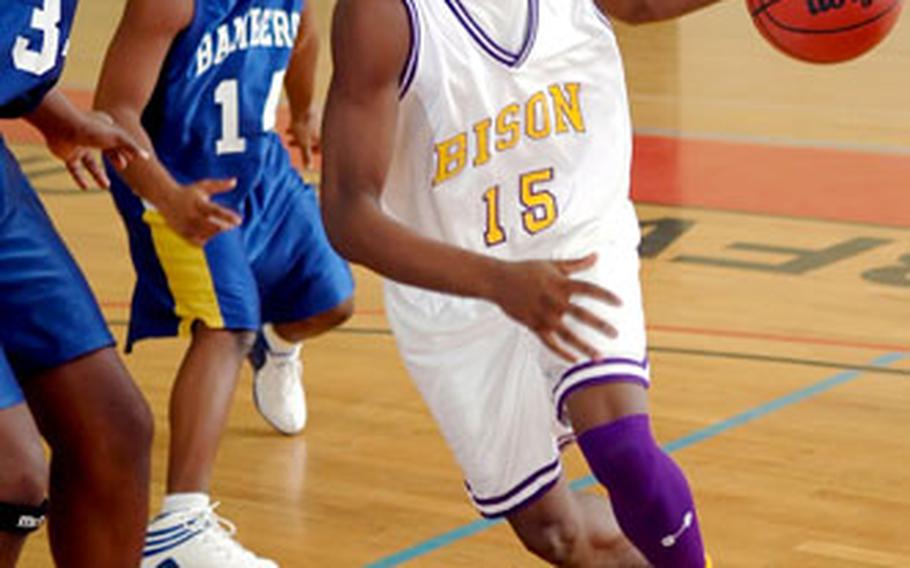 KAISERSLAUTERN, Germany &#8212; Faced with a halftime challenge from SHAPE, Kaiserslautern was thankful it could fall back on a tireless defense.

&#8220;We condition all the time,&#8221; Kaiserslautern forward Chris Ferguson said after the Division I Red Raiders held SHAPE of Division II to nine fourth-quarter points while turning a 30-29 halftime deficit into a 62-51 victory on Friday night. &#8220;We have a lot of stamina.&#8221;

Stamina was a key particularly in the second half after SHAPE had mounted a 15-8 run over the last three minutes of the first half to take the lead.

The pace paid off in the final quarter, when Kaiserslautern put the game away with a 19-9 run.

SHAPE, which got 13 points from Michael Konidaris and 10 from Quentin Fowler, surrendered the lead for good with 4:23 left in the third quarter, but managed to hang close until the final eight minutes.

The Spartans proved that the following day, downing their third D-1 foe of the season. SHAPE (3-1), which began the season by sweeping Lakenheath at home, won 46-40 on Saturday at Heidelberg behind Fowler&#8217;s 17 points.

W&#252;rzburg 45, Ramstein 39At Ramstein on Saturday, defending European Division I champion W&#252;rzburg, behind 17 points from Donald Bryant and 13 from Soo Soo Talelie, downed the Royals to stay tied atop the Division I standings at 2-0 with Wiesbaden.

Bitburg 61-55, Hanau 55-51At Bitburg, the Barons swept defending Division II European champion Hanau behind Charles Whatley and Nick Brown. Whatley had 15 points on Friday and 16 on Saturday, Brown 14 and 18, respectively.

Giessen 86-67, Ansbach 46-26At Giessen, the Griffins, who will play Division IV in the European tournament in February, had no trouble with their first D-3 foe of the season, hammering Ansbach twice to improve to 6-0.

Mannheim 61-58, Bamberg 58-51At Mannheim, Rickey Gardner had two games to give opponents pause as he led the Bison to a sweep. Gardner had 28 points, 10 rebounds, six steals and three blocks Friday night and 21 points, seven rebounds, six assists and four steals on Saturday.

Rota 46, London Central 27At High Wycombe, England, defending European Division III champion Rota tested DODDS-Europe competition for the first time Friday and ripped London Central. Rota, which spends most of the season taking on Spanish club and base teams, held the hosts to one point in the first quarter.