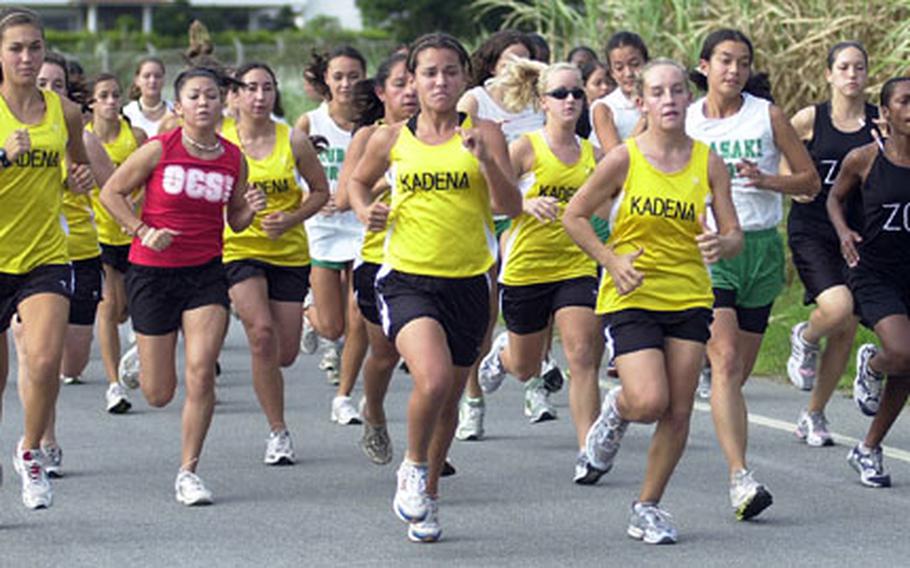 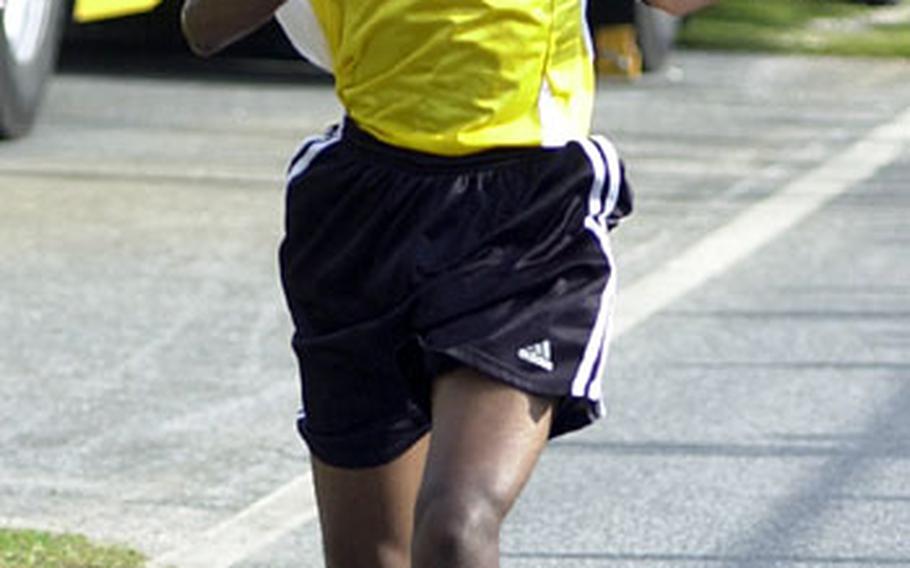 Nielsen, a junior, posted a time of 19:58, 21 seconds ahead of defending island and Far East champion Niki Kauzlarich of Kadena.

While the individual champions were new, the team championship remained in the Panthers&#8217; hands: Kadena outdistanced Kubasaki 19-52 in the boys standings and 24-50 in the girls.

Tillman and Nielsen each expressed surprise at becoming all-island champions and heaped much of the credit upon their respective teammates.

The same could be said for the girls individual title, which Kadena runners had won every year since Jillian Grubbs and brother Greg of Kubasaki went unbeaten in 2000.

In a workout the day before the all-island finals, Nielsen said teammate Matt Coon had paced her and helped her finish her practice run in close to 20 minutes. &#8220;So I just imagined that I was running with him,&#8221; Nielsen said.

It was her second OAC individual race victory of the season. Kauzlarich and third-place runner Dianne Abel each won two races.

That the OAC individual race victory podium resembled a revolving door this season hints that the Far East meet, Nov. 7-8 at Misawa Air Base, Japan, could be just as competitive, said Kauzlarich.