'It's all about the team,' says Ramstein's Hirzel 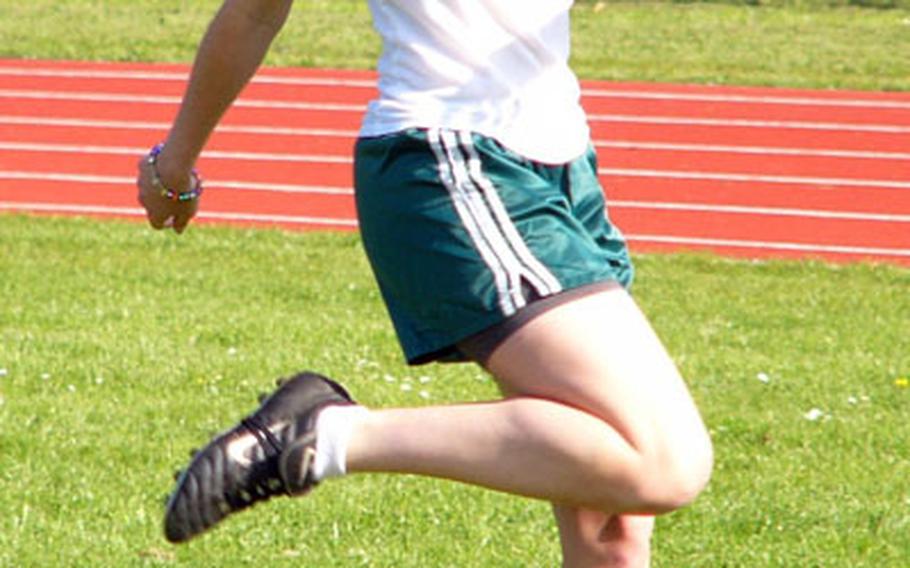 Ramstein midfielder Melissa Hirzel controls a pass Tuesday at practice at Ramstein Air Base, Germany. Hirzel has scored four goals from her left inside position in five games this season for Ramstein (4-0-1). (Rusty Bryan / S&S)

RAMSTEIN AIR BASE, Germany &#8212; Unlike many of DODDS&#8217; top athletes, All-Europe midfielder Melissa Hirzel of Ramstein is a one-sport star.

&#8220;I&#8217;m only good at one sport,&#8221; she said with a laugh before a Tuesday evening practice with the rest of the defending European Division I soccer champion Lady Royals.

But she also made it clear that she has has no desire to be a one-woman show.

Under that criterion, there&#8217;s not much for Hirzel, 18, not to like this season. Her team is 4-0-1 overall and has yet to be scored upon. The Lady Royals are 3-0-1 in Division I, with just a scoreless tie against D-I contender Kaiserslautern standing between them and league-leading Heidelberg (5-0, 4-0).

After hosting the International School of Brussels Raiders (3-2) on Saturday, Ramstein closes its regular season at Heidelberg on May 13.

This season, playing well is what Hirzel has been all about.

He has seen her play and develop over several years. He began coaching Hirzel when she was an eighth-grader on his lunchtime team at Ramstein Middle School. Buitrago said the co-ed middle schoolers ended up beating the high school boys JV team he was coaching at the time.

Although in Buitrago&#8217;s opinion Hirzel has the tools to be a successful college player, it appears she will be ending her career when she graduates next month.

However, the conclusion of her high school playing days just heightens the stakes for her during the last three weeks of her senior season.