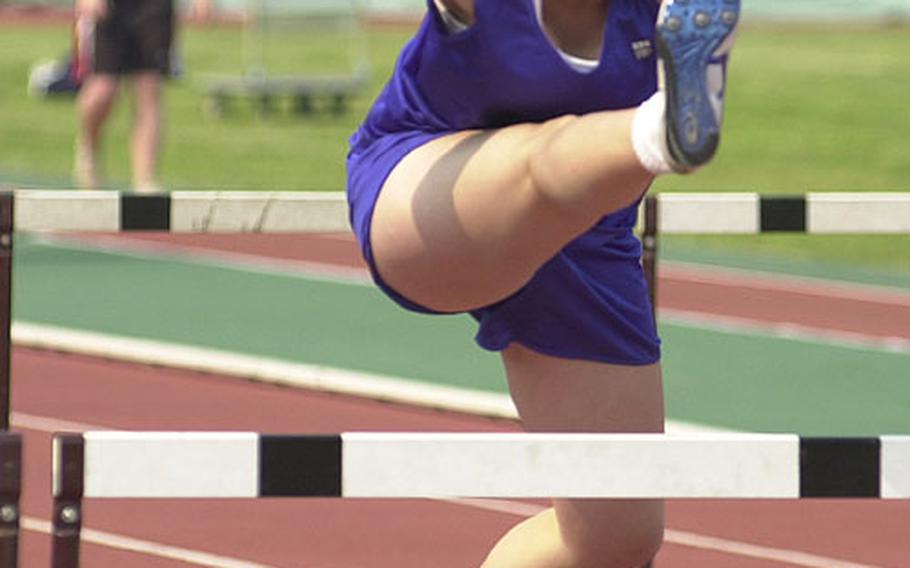 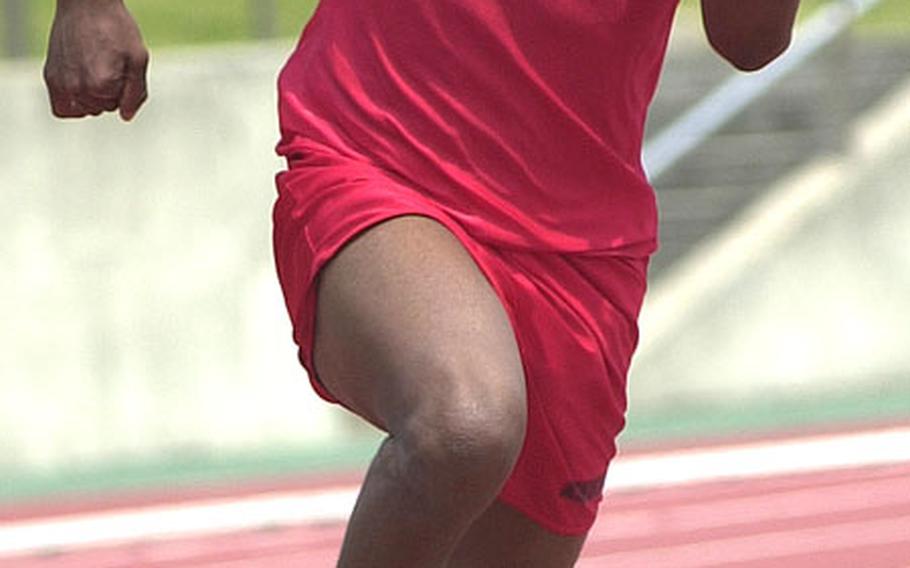 Brenden Lynce of Nile C. Kinnick turns the corner in the 200-meter dash during Saturday&#39;s Kanto Plain Association of Secondary Schools season-ending track and field championships. Lynce, who won gold in the 110 and 400 hurdles, placed second in the 200 with a time of 23.8 seconds, seven-tenths slower than winner Issey Maholo of St. Mary&#39;s International. (Dave Ornauer / S&S) 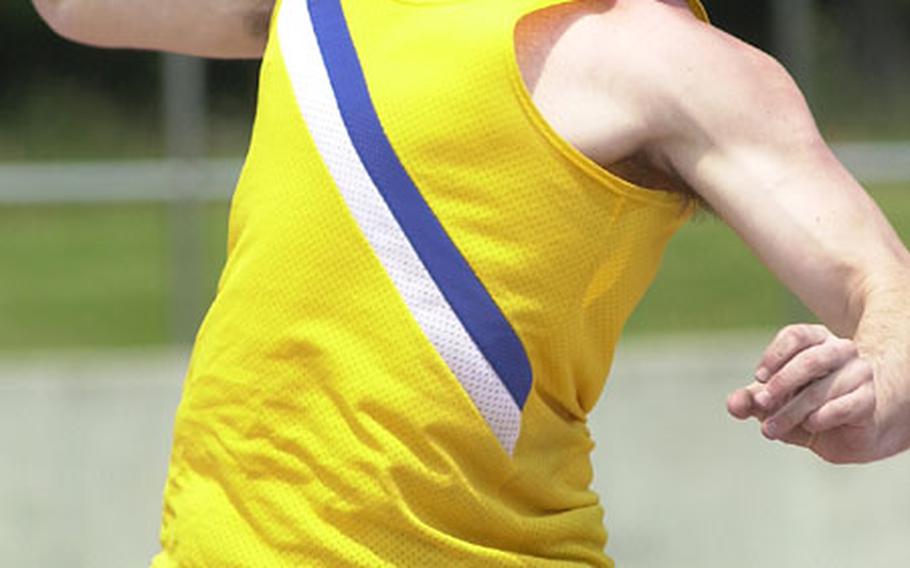 Lynce, a sophomore, had just broken the school record in the high jump, leaping 1.85 meters, or about 6 feet, 3 inches. Out on the track, his brother, Brenden, a junior, was busy capturing the 400-meter hurdles race, covering the distance in 1 minute, 3.4 seconds.

Leonard finished second in the high jump behind Luke Chalmers of St. Mary&#8217;s International. Meanwhile, Brenden also captured gold in the 110 hurdles and took second in the 200, and the two combined to lead Kinnick to a bronze in the closing 1,600 relay.

Whether the Lynces can carry Kinnick to a Kanto Plain title &#8212; something the Devils have never captured &#8212; remains unclear.

Those advantages help international schools spread the workload. They&#8217;re also able to keep competitors for four years, while DODDS teams are victims of the military&#8217;s transient nature, which creates an annual revolving door.

Is there any chance at viability?

While the Lynce brothers provided a few bright spots for Kinnick, Yokota relied on a gaggle of sprinters and field specialists to collect its two team silver medals.

Grant hopes Saturday&#8217;s results can spill over into next season, when the school adds a shot-put, discus and long-jump area to its track, which was completed last summer.

&#8220;That might get me over the hump,&#8221; he said, adding that he hopes some new talent will transfer in, as the Lynces did at Yokosuka.