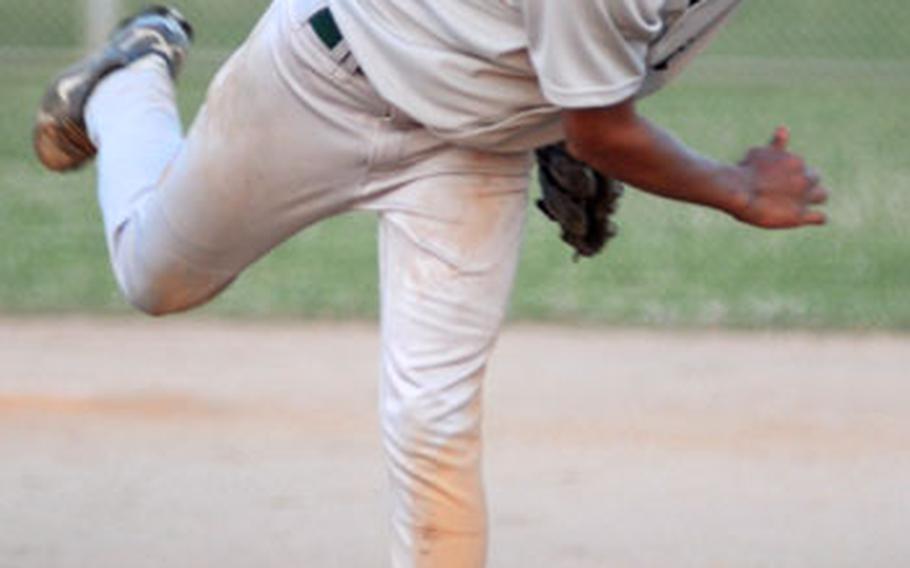 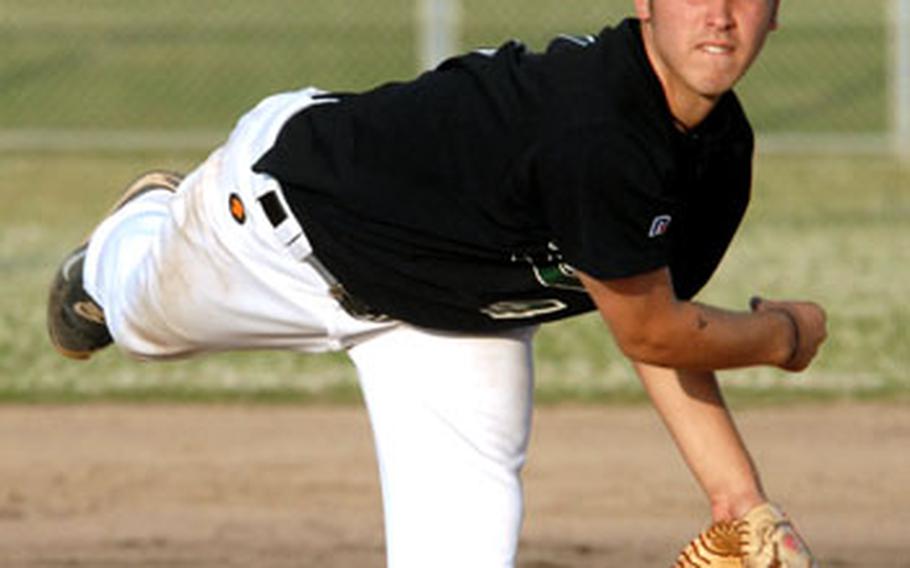 CAMP FOSTER, Okinawa &#8212; He jokes with his pitchers, Randy Toor said, that he tosses a coin before each game to determine which one will start.

But given the success of his starters thus far &#8212; 11-6 with a 3.84 ERA, with just one of the losses coming at the hands of an American team &#8212; Toor, Kubasaki&#8217;s fifth-year coach, could very easily have just that luxury in seniors Patrick Duffy and P.J. Varner, junior Andrew Estes and sophomore Richard Allen.

Having such a luxury has the Dragons thinking beyond a fifth straight island title &#8212; being ready for next month&#8217;s Far East tournament.

&#8220;Far East is at the end of the season, and if you have only one or two good pitchers, their arms are going to be dead,&#8221; Estes said. &#8220;If you have four good pitchers, you can throw them back to back on consecutive days and not worry about getting rocked.&#8221;

Though the four aces average just over a strikeout per inning, the object, Toor and Varner said, is to get as many outs with as few pitches as possible.

The four pitchers have come to rely on the defense and vice versa.

It&#8217;s with that approach that Kubasaki has come a long way from the first three years of baseball on the island, when Kadena dominated, losing just twice from 2003-05 under then-coach Allen Mizell.

Long gone are the days when Kubasaki was expected to lose every game to Kadena.

And for the first time in four tries, Kubasaki won its annual Spring Fling Tournament, going 4-0 including a 10-4 victory over Kanto Plain power St. Mary&#8217;s International, in which the Dragons hit four home runs.

Their success is a reflection of Toor, St. Mary&#8217;s head coach Tim Vanderpool said. Despite the heavy turnover within DODEA Pacific, &#8220;he puts in a lot of time and hard work, and the kids respond,&#8221; he said.

To be successful at Far East, however, means Kubasaki must change its power approach. The Dragons&#8217; home field is 275 feet to the fence, while the Far East fields at Camp Zama and Naval Air Facility Atsugi stretch more than 100 feet further.

Spring Fling gave the Dragons a &#8220;benchmark&#8221; to judge what they could have done better and improve before Far East, slated for May 17-20.

Four of a kind