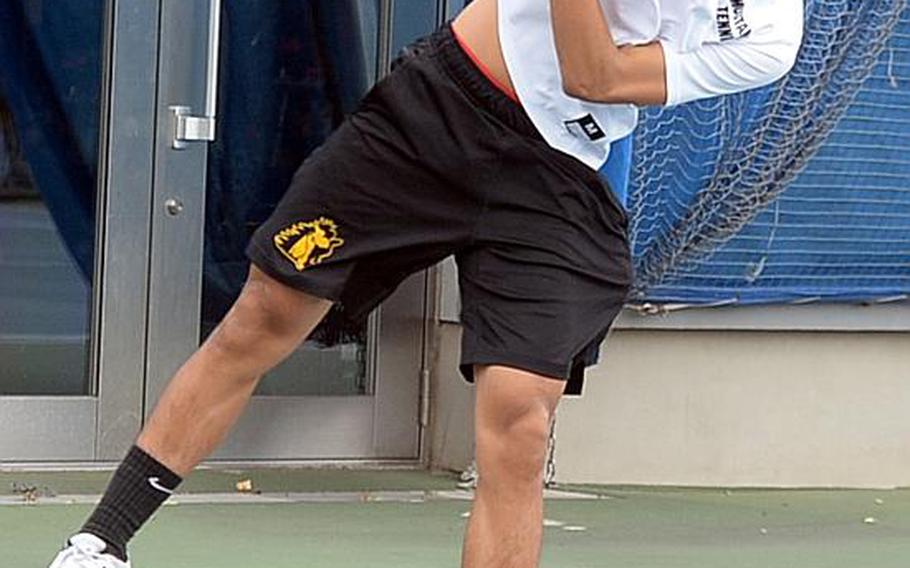 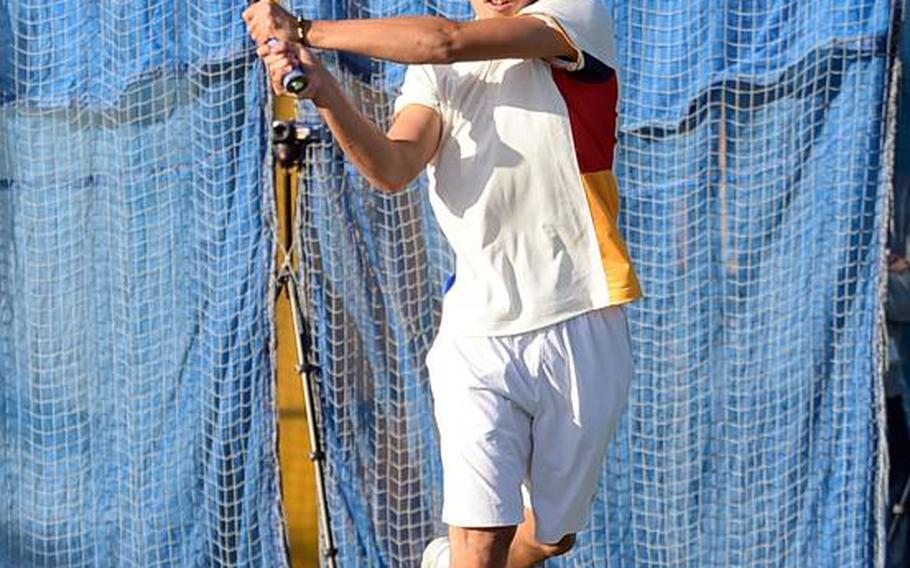 TOKYO – Whether playing alongside his younger brother in a doubles match or against him in a key league or Far East singles finals tie, Noah Inahara says he plays just as hard as he would any other opponent.

The record speaks for itself. Inahara, an American School In Japan senior, ran the table in both singles, including Kanto Plain and Far East finals against his freshman brother Joshua; and in doubles, when he teamed with Joshua to win both the Kanto and Far East titles.

“I knew Joshua was going to be my biggest obstacle this year,” Inahara said, “but that didn’t change anything. I’ve obviously known Joshua for much longer and we’ve practiced together so much, but I still gave it my all on the court when I played him.”

Noah started slow but closed each set strong, beating Joshua 6-3, 6-2 for the Far East singles title. That was on Nov. 3 at ASIJ, eight days after the two teamed for the Far East doubles crown, beating St. Mary’s Kai Strawn and Syou Nam Thai 6-1, 6-2 on Okinawa.

The week-plus break between finals was brought on by the onset of Typhoon Saola, and meant the two had to play six each singles and doubles matches on that busy Oct. 26, switching throughout the day.

“It’s hard to switch … in such a short amount of time, but you have to suck it up and change your mindset quickly,” Noah said. “It’s hard to work with someone you’re playing against, but it’s part of the sport and you have to deal with it sometimes.”

For the success Noah achieved playing with and against his brother and the rest of Far East and the Kanto Plain, Inahara has been named Stars and Stripes Pacific boys tennis Athlete of the Year.

The wait between Far East play dates was a microcosm of a season that saw three Kanto regular-season matches get postponed or canceled by rain. The Kanto postseason tournament was rained out on Oct. 17 and 20 and eventually played on Nov. 1, two days before the Far East singles.

Inahara won Far East singles for the second straight year and doubles all four years he was at ASIJ. Having to wait until his junior year, and taking lumps from St. Mary’s Marius Ruh and Juan Borga during his freshman and sophomore years only made him stronger, he said.

“It definitely helped to push me harder in practices, because I knew I had to get better if I wanted to win,” Inahara said. “Playing players like Juan and Marius definitely prepared me for matches as they were the ones who I looked up to.”

As the Mustangs’ boys team’s signature player, junior teammate Leon Hoy likened Inahara to “the frame of the tennis racket, holding everyone together as one.”

“He almost seems like a futuristic tennis player,” said Hoy, who played doubles alongside Inahara last year. “He will have perfect serves and make every single volley at the net consistently.”

In singles, Inahara’s consistency “helps him even more because he drives those hard shots corner to corner, making it hard for the opponent to break him down,” Hoy said.

“Noah is a brother I’ve always wanted in my life. He is calm both on and off the court, but he is intelligent with a great sense of humor.”