Horton did it all for Seoul American 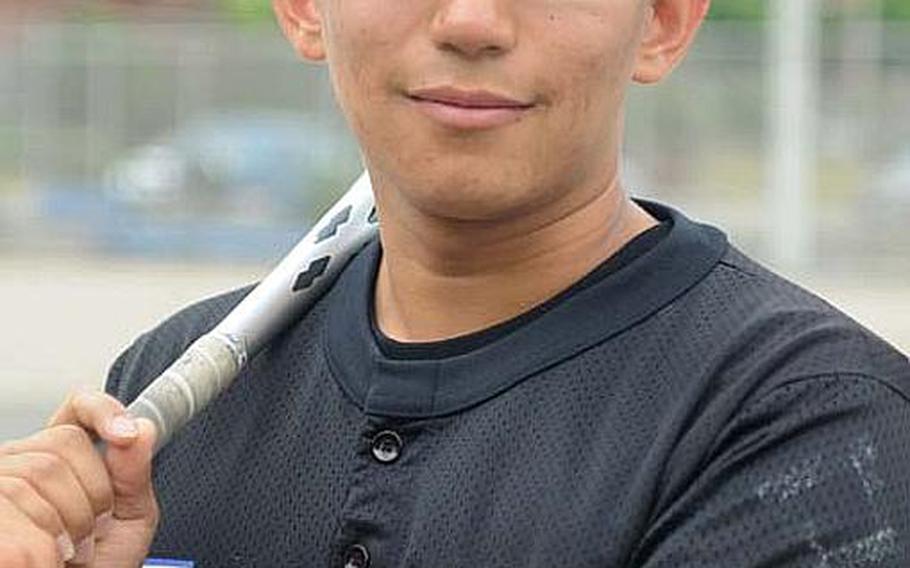 Chris Horton starred on the mound and at the plate this season for Seoul American and led them to a Far East title. (Courtesy photo)

The senior right-hander sparked a rally from behind 7-3 in the seventh inning with a leadoff triple, ended the comeback with an RBI single in the eight and got the win in relief as the Falcons rallied to beat Kadena 8-7 to capture the title, the first in school history.

&ldquo;He was being our No. 1 pitcher along with our clutch hitter. We never gave up. It ain&rsquo;t over until it&rsquo;s over, until you get that third out,&rdquo; assistant coach James Davis said.

&ldquo;We&rsquo;re confident whenever he&rsquo;s on the mound. And with Chris batting, we knew we had a chance. He has the ability to hit to all fields, he got a pitch outside and went to the right side with it" for the hit that drove in Chung Winchip with the game-winning run.

It was all part of a season in which the Falcons&rsquo; ace went 8-1 with a 4.90 ERA. Not much on power but on placement, Horton batted .390 with 40 RBIs and nine stolen bases.

Though the Falcons won the DODDS Korea title with an 11-1 mark, Seoul American was still viewed as a long shot to win the D-I crown, especially after Horton took his first loss of the season 7-2 vs. Nile C. Kinnick on the first day of Far East.

Horton rebounded to shut out Yokota 10-0, striking out four in three innings, then on Day 3 scattered eight hits and two walks while striking out five in the Falcons&rsquo; 8-2 shocker over pre-tournament favorite Kubasaki.

That set the stage for Horton&rsquo;s May 24 heroics.

&ldquo;Especially after getting dinked up on Day 1 against Kinnick, not letting that faze him, he came back to give ourselves a shot, and from there, we knew we could compete,&rdquo; Davis said.

With the title, Seoul American became the only DODDS Pacific Division I school with tournament banners in every sport in every season except track and field.