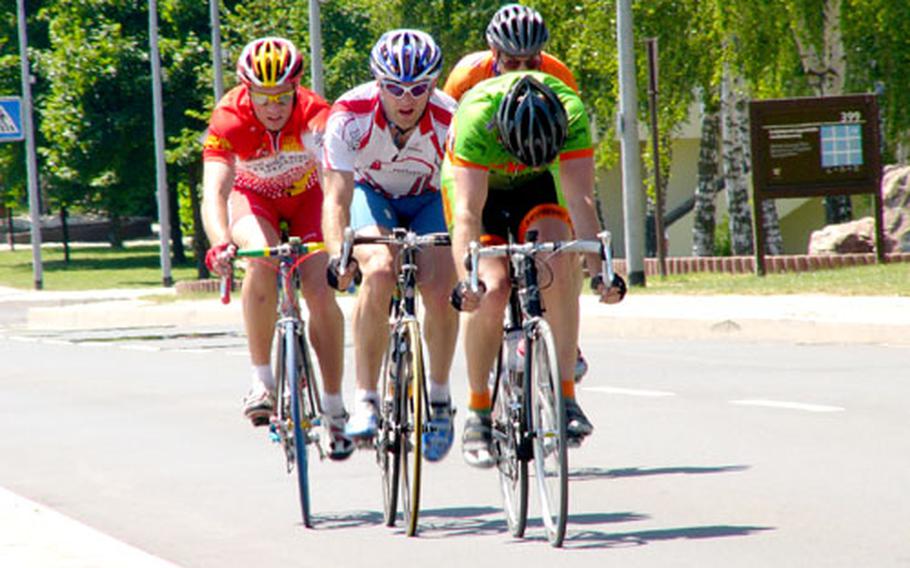 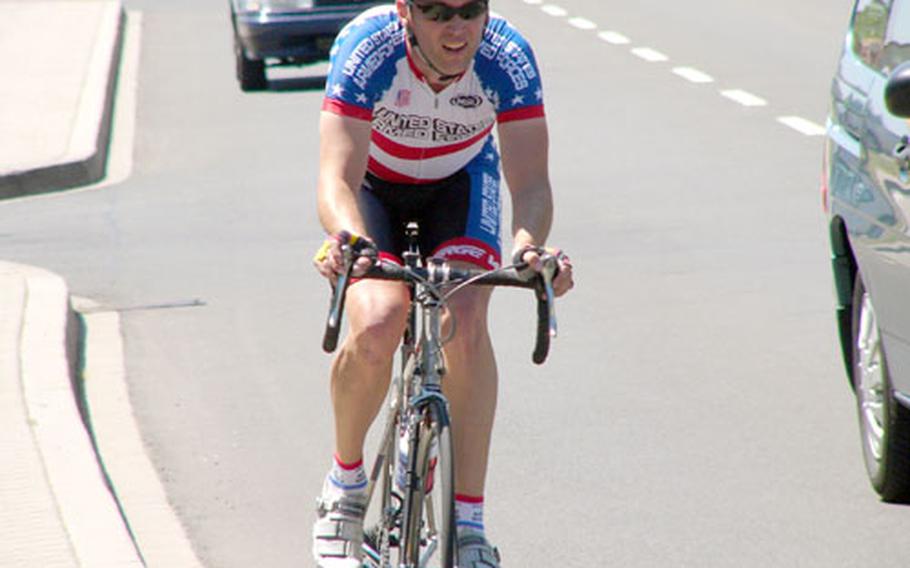 SPANGDAHLEM AIR BASE, Germany &#8212; Two of the most familiar names in U.S. military cycling in Europe claimed titles Saturday at the 45&#189;-kilometer Spangdahlem Road Cycling race, the second of four races in the 2005 U.S. Forces Europe Road Cycling Series.

Perennial champion Thomas Essick, also based in Ramstein, took the open title with a clocking of 1:12:06, same time as Winters and open runner-up Mark McClay of Spangdahlem.

For Hornus and Essick, Saturday&#8217;s U.S. military community-only race, usually small stakes when compared to the international races both contest regularly, fitted in nicely this week.

Hornus, a reservist who&#8217;s been living and racing in Europe since 1994, will need some support of his own in Poland, where the Americans will face future professionals.

Even though Saturday&#8217;s race was the second in the 2005 series, neither Hornus nor Essick was able to race in the first event, held in Aviano in April. Commitments to their German racing clubs kept them from journeying to Italy.

Commitments to his Radsport Club of Kaiserslautern kept Essick from Aviano, but come July 30, he&#8217;ll be able to ride in both German and American races in Kaiserslautern, where his club is organizing a race around the University District that the U.S. Forces organizers will use for the third stop of this year&#8217;s road series.

Essick saw Saturday&#8217;s event as a good way to end some travel-induced inactivity.

Finishing just behind Essick, Winters and McClay was masters champion Herbert Crites of Vilseck, who clocked 1:12.16. Crites was just under two minutes ahead of runner-up Bryan Boyea of Landstuhl and third-place finisher Maraneo Santos of Ramstein. Both clocked 1:14:04.

Biggest margin of the day went to women&#8217;s champion Ursula Cunnenn of Spangdahlem, who completed the women&#8217;s 27.3-kilometer course in 48:12, 13:52 ahead of runner-up Martha Lockwood of Ramstein.