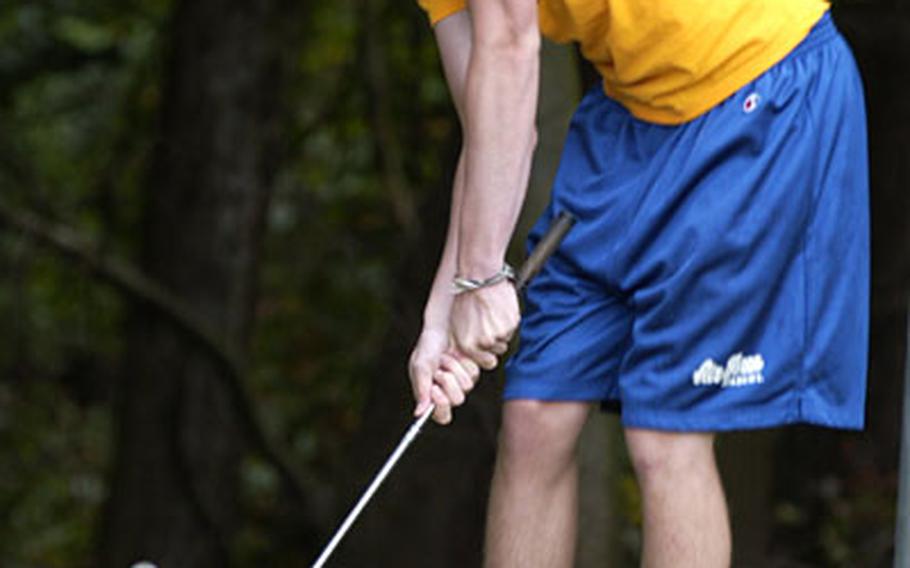 For Ramstein golfer Stephen Braden, the choice Friday at Heidelberg was simple.

His scorecard was incorrect, and he had to have it changed.

No ifs, ands or buts.

No matter how many officials he had to pester.

Braden, however, wasn&#8217;t seeking a change that would improve his score.

Just one to make it right.

Braden, a 15-year-old junior, had been credited with a bogey when he knew that he had scored double-bogey on the hole in question. The discrepancy bothered him enough that he went from tournament official to tournament official after the match pleading the case against himself.

Even if, as in this case, the truth of the game got soiled inadvertently.

On purpose or not, the tenets of the game&#8217;s ethical core that Braden had learned from rounds played with his father and grandfather wouldn&#8217;t let him accept a false score.

Neither would the instructions of Ramstein coach Jeff Pellaton, who drills the importance of the integrity of the game into his players.

Braden said circumstances Friday worked against his learning about the error until after he had signed his scorecard.

Scoring in high school golf in Europe is modified Stableford, under which points are awarded for outcomes ranging from double-bogey to ace. Braden, who finished with 33 points over 15 holes, in effect spotted the seven golfers who finished ahead of him his points-potential on the three unplayed holes in addition to the point he demanded be taken away from him.

When all was said and done, Braden finished nine points behind teammate and tournament winner Kevin Langford.

But that does not mean it was not a good round.

&#8220;Golf is a self-adjudicating sport,&#8221; Pellaton said. &#8220;We want to instill that our athletes represent themselves honestly.