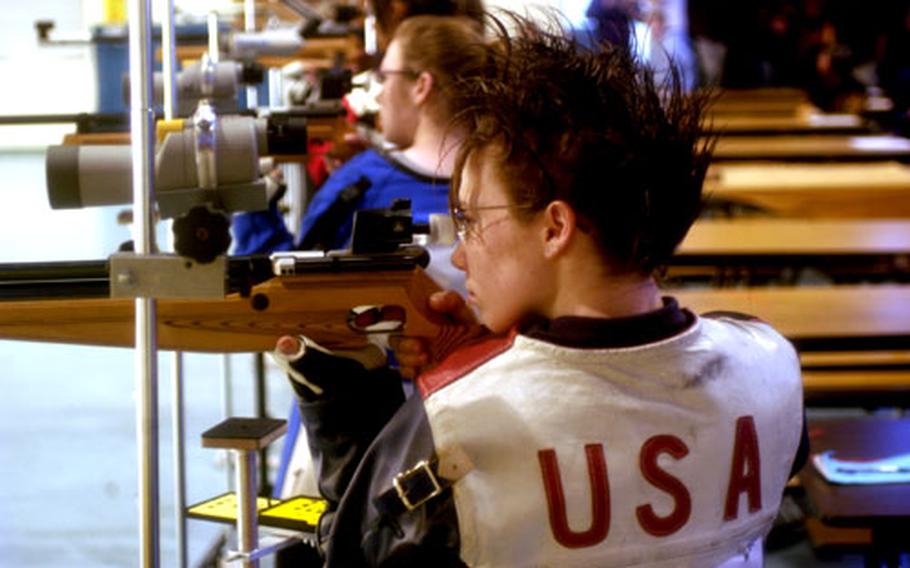 Sarah Adams of Hohenfels takes aim during the final-round shootout for the top individual scorers of the USAREUR/DODDS Rifle Championships on Saturday in Stuttgart, Germany. (Charlie Coon / S&S)

Sarah Adams of Hohenfels takes aim during the final-round shootout for the top individual scorers of the USAREUR/DODDS Rifle Championships on Saturday in Stuttgart, Germany. (Charlie Coon / S&S) 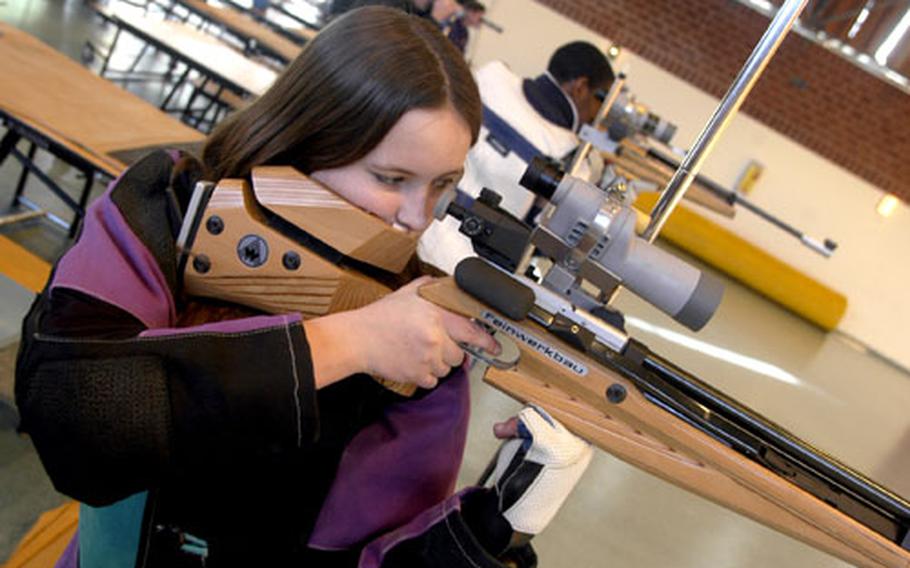 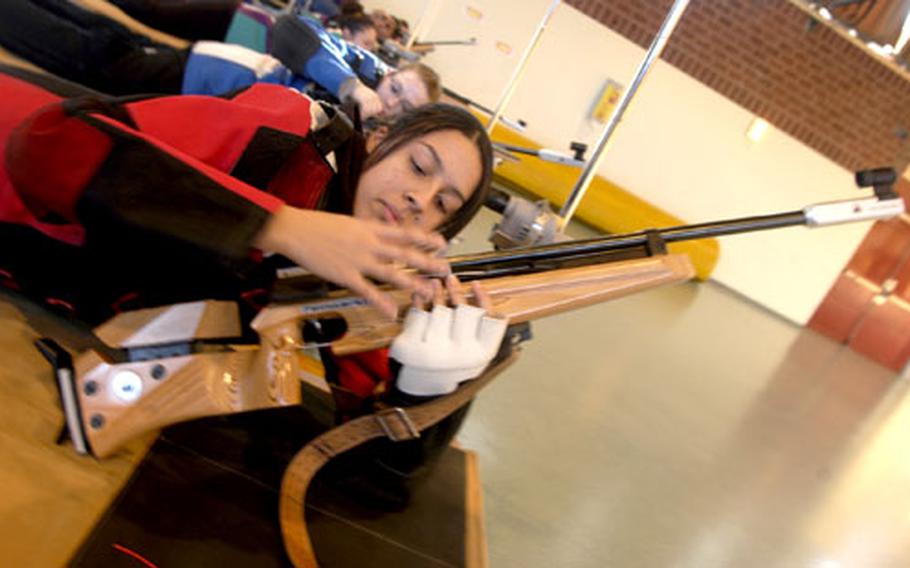 Jessica Walloch of Hohenfels gets ready to shoot on Saturday. Walloch scored a perfect 100 in the prone position and had an overall score of 282. (Charlie Coon / S&S) 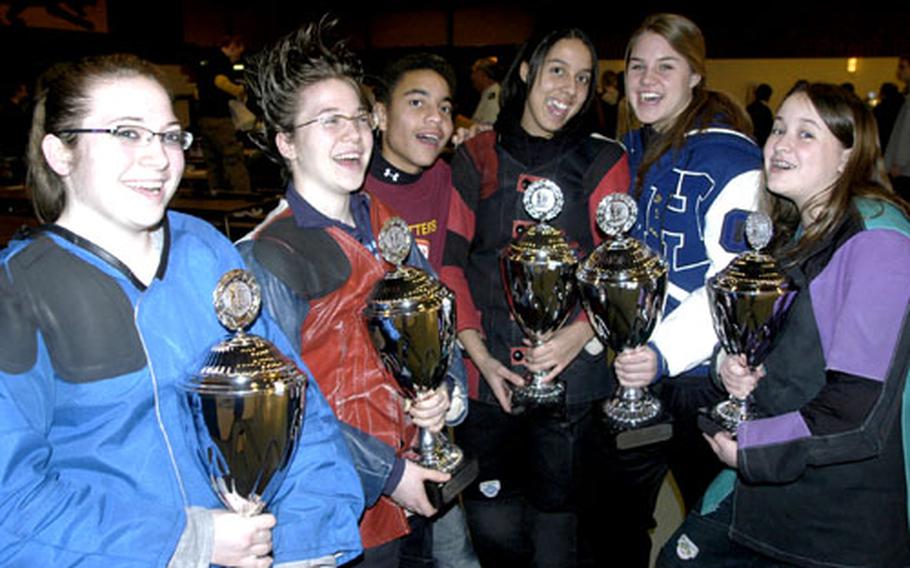 STUTTGART, Germany &#8212; In a sport in which it pays to chill out instead of fire up, the Hohenfels rifle team again proved to be the coolest cats in the house.

Hohenfels, led by individual champion Sarah Adams, pulled away in the final two rounds to edge Patch 1,394 points to 1,382 on Saturday to win the USAREUR/DODDS Rifle Championship.

Hohenfels held a two-point lead going into the fifth of six rounds when Adams fired a score of 96 in the prone position, then 95 standing and 93 kneeling. Her 284 total, the best of the tournament, was eight points better than Patch&#8217;s Jessica Elledge, who was shooting at the same time.

Sunny Petery, shooting a nerve-wracking last for Hohenfels, came through with a solid 271 to lock up the second straight title for the small school from Bavaria.

Vilseck, which had three shooters come in at 268, finished third with 1,321 points. Nine teams competed in the event.

Coach Bruce Andrews, who led Hohenfels to its third championship, praised his team&#8217;s calm under fire.

The competitors used Feinbergbau rifles to shoot at targets 10 meters away. Each target was 2 inches in diameter, with a bull&#8217;s-eye of about one-eighth inch, or about the same size as the .177-caliber bullets being fired.

Shooters competed side-by-side in the Patch cafeteria, each taking a turn at prone, standing and kneeling &#8212; 10 shots in each &#8212; with a possible score of 300 per competitor. It takes about 1 hour, 15 minutes for a shooter to complete a round.

In the individual disciplines, Walloch&#8217;s 100 took honors in prone, Emily Adams&#8217; 96 was the best in the difficult standing position, and five shooters, including four from Patch, tied for best score in the kneeling position with 95.