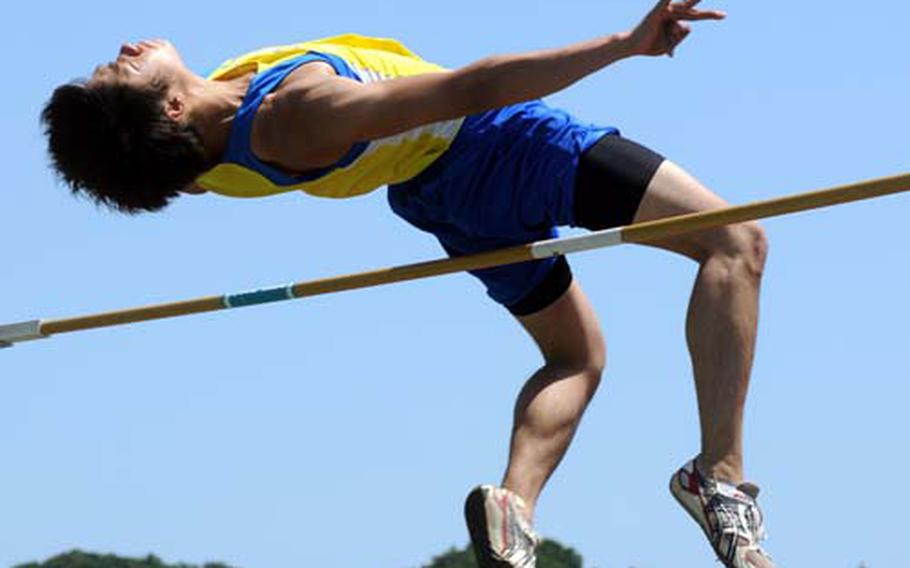 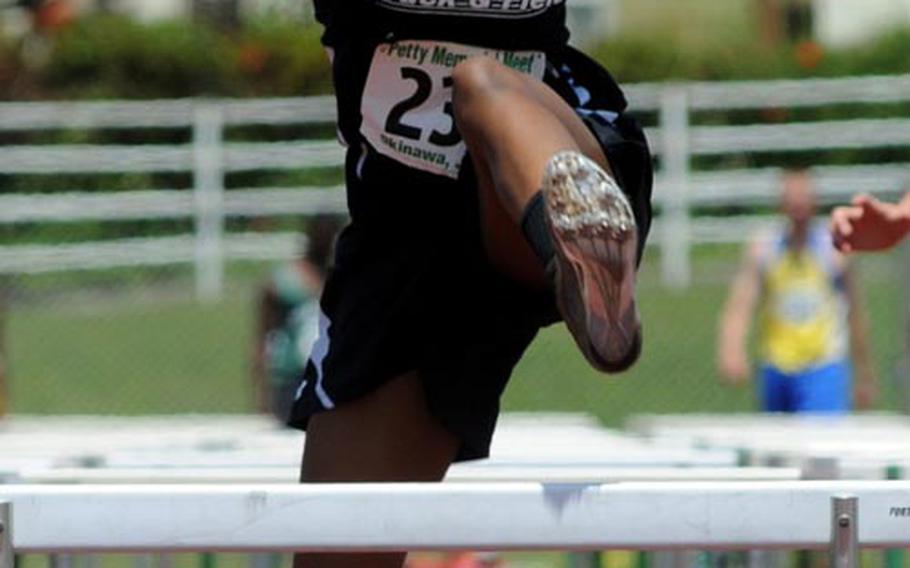 Eight meet records were shattered, including a Pacific Rim record, and one was tied as the 8th Alva W. "Mike" Petty Memorial Track and Field Meet concluded Saturday, with Kadena boys and Kubasaki girls capturing their respective seventh and sixth straight team titles.

"They&#8217;re both great athletes, and that&#8217;s just kind of the start of the season," said Falcons assistant coach Kevin Madden, adding that since the school has no track, the Falcons train on a driving range and a 234-meter walking track. "Come Far East, you&#8217;ll see a 5:10 or faster."

"Wow. I didn&#8217;t realize that," Bishop said, adding that with the race run in two heats, he could have gone faster if paired up with Seoul American&#8217;s Thomas Kim, the Far East cross-country champion who ran in the other heat. "Far East should be fun."

"This is midseason, so we still have a lot of ground to gain. It&#8217;s exciting to see him develop like this," Kadena coach Sergio Mendoza said of Bishop.

Notching the unofficial title of the Pacific&#8217;s fastest female was Seoul&#8217;s Kristy Taylor. She repeated her 100-meter dash gold medal, this time in record fashion in 12.76; the old meet mark was 12.8 set six years ago.

Patrick "Duck" Duffy scattered five hits and four walks over six innings and helped himself by going 3-for-4 with a homer and three RBIs as Kubasaki beat St. Mary&#8217;s International 10-4 on Saturday to wrap up its first Spring Fling Baseball Tournament title.

The Dragons went 4-0 in the tournament, now in its fourth year and featuring five teams for the first time. American School In Japan thrashed Kadena 17-0 in five innings and Seoul American 19-6 to take second place at 2-1.