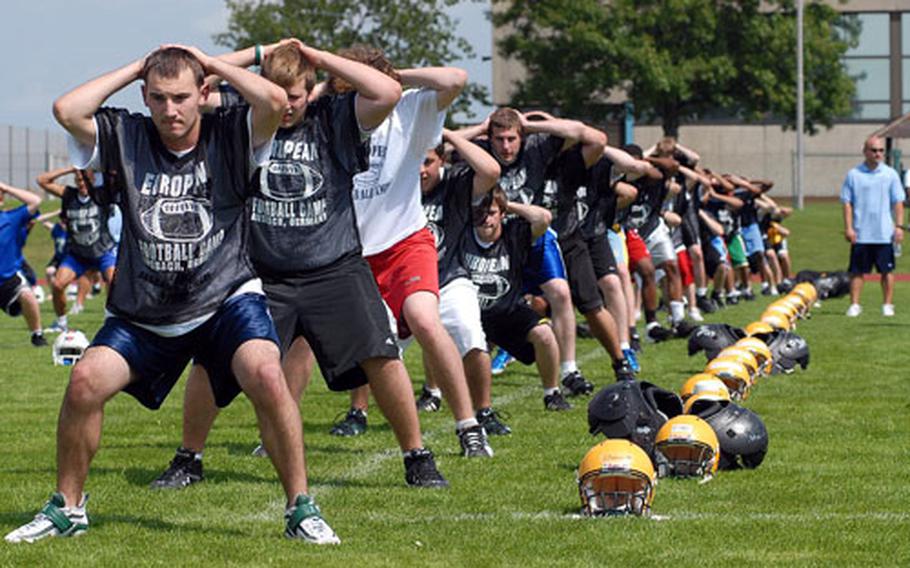 The participants at the DODDS-Europe football camp work out at the beginning of the afternoon session. About 490 athletes from 21 DODDS-Europe high schools took part in this year&#39;s camp held at Ansbach High School in Katterbach, Germany, that ends. (Michael Abrams / S&S)

The participants at the DODDS-Europe football camp work out at the beginning of the afternoon session. About 490 athletes from 21 DODDS-Europe high schools took part in this year&#39;s camp held at Ansbach High School in Katterbach, Germany, that ends. (Michael Abrams / S&S) 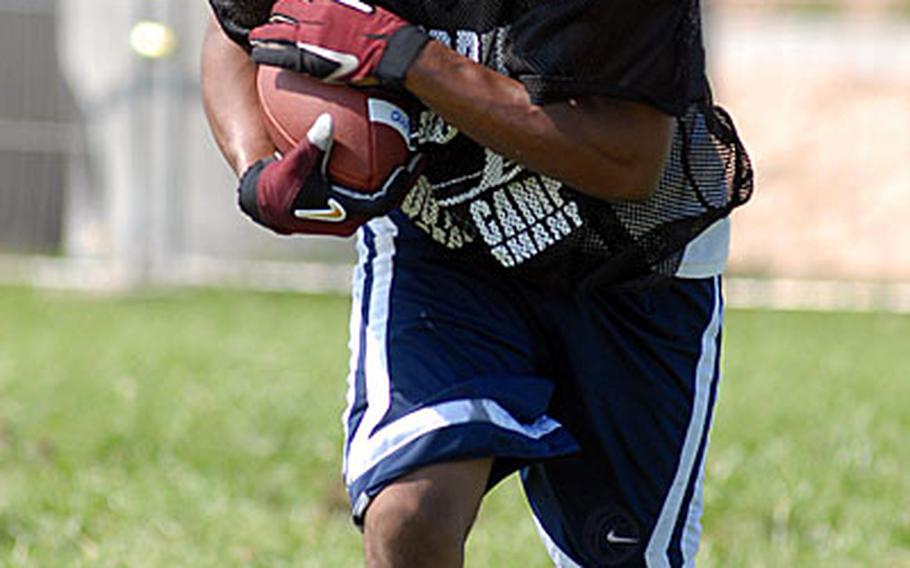 DeMarcus Hagewood, who will be a senior at Baumholder, runs a drill for running backs at the DODDS-Europe football camp. (Michael Abrams / S&S) 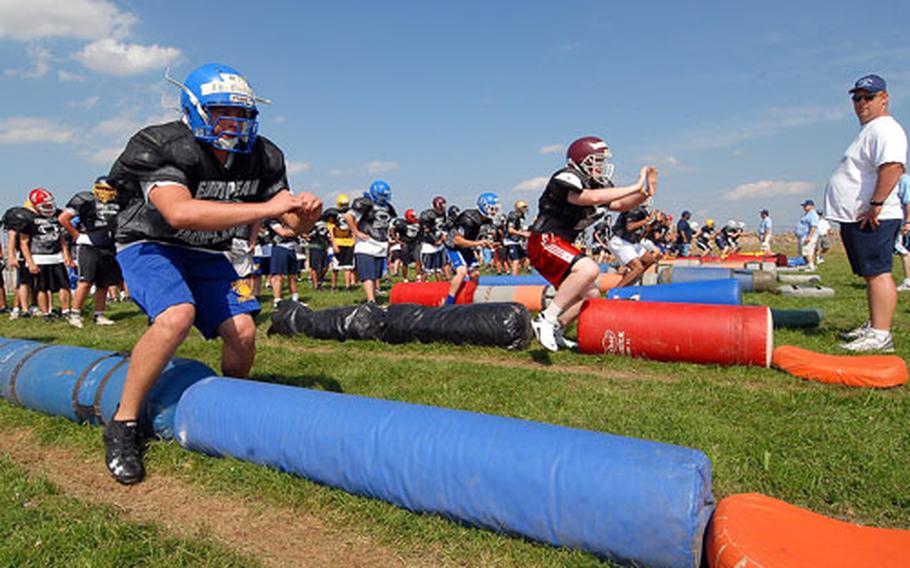 The linemen at the DODDS-Europe football camp go through a drill. At left isAnsbach&#39;s Jacob Burnside, and Baumholder&#39;s James Lampe at right. (Michael Abrams / S&S) 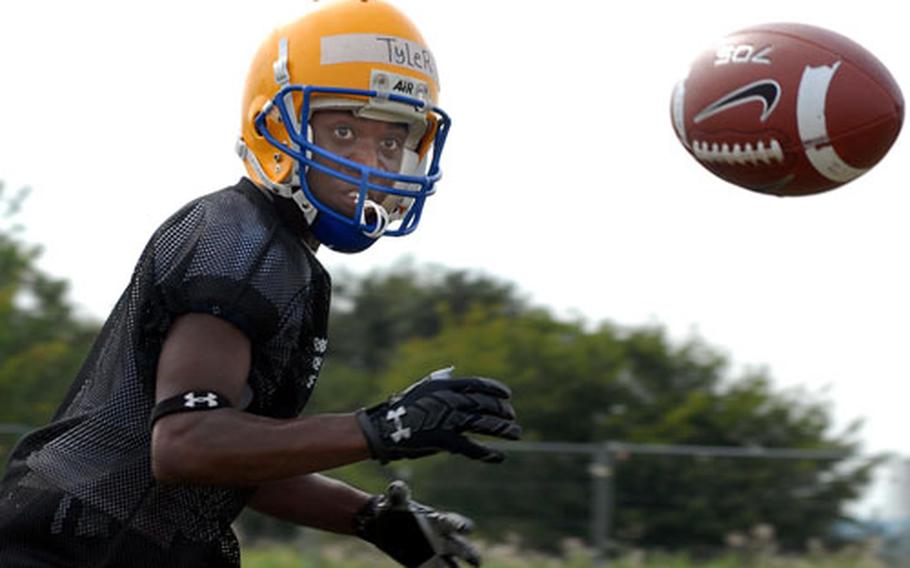 Tyler Chancellor, a Bamberg freshman, keeps his eyes on the ball as he receives a pitch-out during a drill for running backs. (Michael Abrams / S&S)

KATTERBACH, Germany &#8212; If players were sandbagging during Wednesday&#8217;s double sessions, their faces didn&#8217;t show it.

After more than 45 minutes of grueling calisthenics and laps around the track in the August heat, there wasn&#8217;t a forehead among nearly 500 players that wasn&#8217;t beaded with sweat. And that was just the warm-up to the afternoon session.

And so it will go for two more days at this summer camp, where kumbayas have been replaced by the high-decibel demands of red-faced football coaches.

The European Football Camp, a yearly fixture in the lead-up to the Department of Defense Dependents Schools-Europe football season, is almost as much boot camp as it is football camp.

One player panting at the end of a line waiting to take part in a drill even talked as if he were waiting to see an Army recruiter.

Like basic training, players come here to learn the basics, not to become seasoned pros.

The camp isn&#8217;t mandatory for players who want to get on their high school teams, but it gives players a huge leg up when practice begins.

Some players here aspire to a spot on their high school roster, while others already firmly on the starting squad are here to scope out the competition and compete &#8212; perhaps for the only time all season &#8212; against the best players in Europe.

But, he admits, that&#8217;s not the only reason players come to camp. A big part of it is just to see what talent other teams have.

As much attention coaches pay to the competition, they&#8217;re on the lookout for talent on their own teams as well.

The camp is about the only opportunity some coaches have to test new players&#8217; skills in various positions, SHAPE head coach Kregg Kappenman said.

Short a starting quarterback, Kappenman was testing out two prospects, who were paired for drills. Both were aware of the competition between them, but it didn&#8217;t get in the way of helping each other out.

His partner, 15-year-old sophomore David Conerly, wants the job, and he doesn&#8217;t mind being under the microscope before the season has even started.