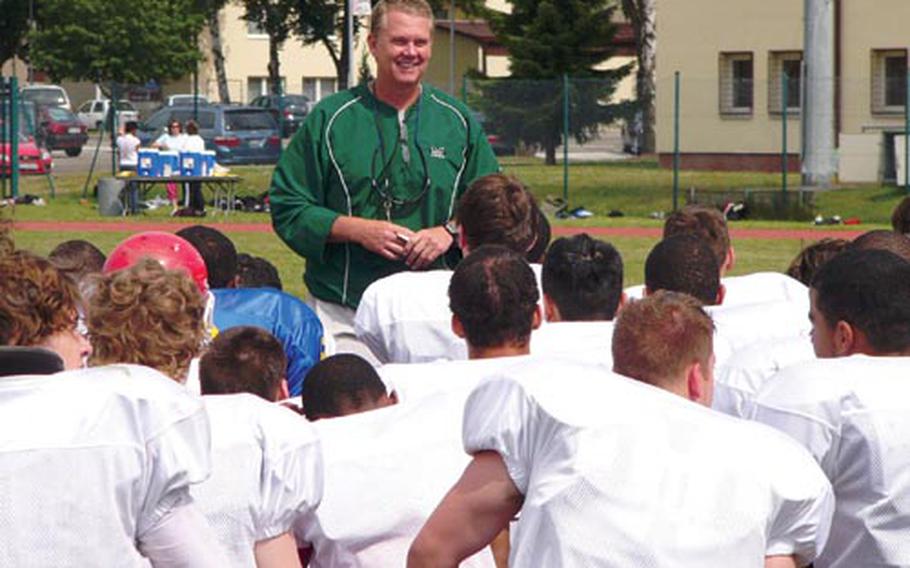 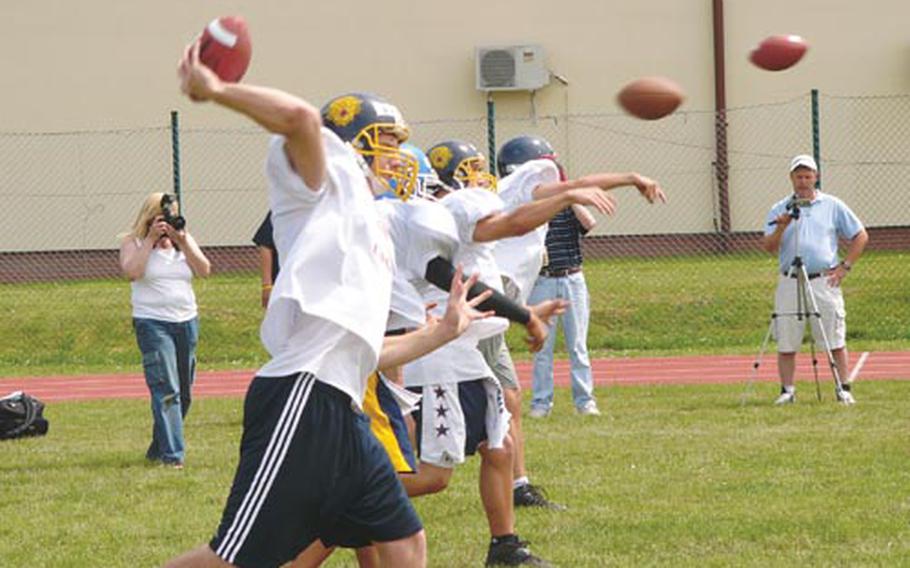 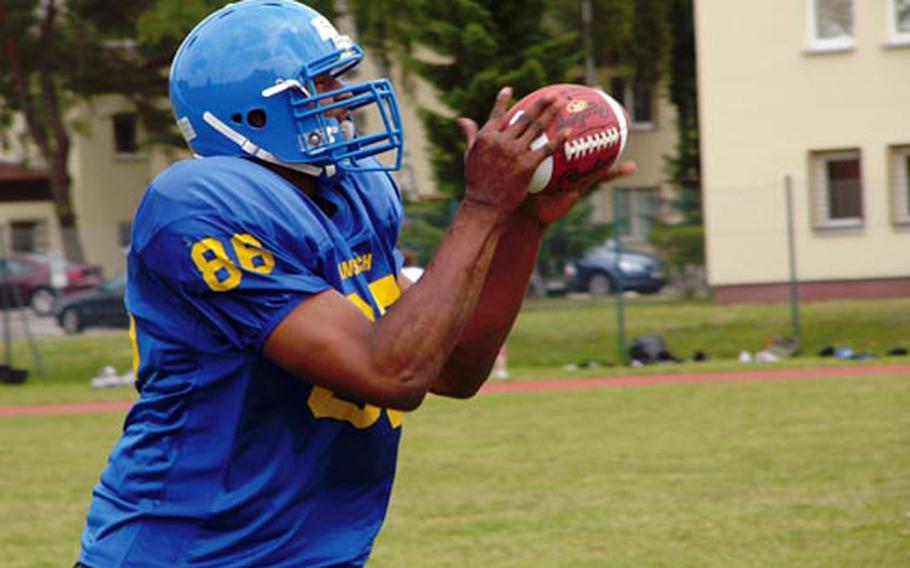 Ansbach tight end Sam Freeman sees a pass into his hands on an out route Friday at the Kaiserslautern Youth Tackle Football Camp at Miesau, Germany. (Rusty Ryan / S&S)

MIESAU, Germany &#8212; Just one week after completing the previous school year, more than 90 football players were spending three days preparing for the next one at the Kaiserslautern Youth Tackle Football Camp.

"I&#8217;m going to take everything I learn here and use it to make me a better football player," Ramstein junior-to-be Michael Wallace said Friday at the halfway point of the camp, the first of three scheduled for Europe this summer.

SHAPE High School is planning a three-day session at Chievres Air Base, Belgium, Aug. 5-8, and the annual Ansbach camp, oldest and largest of the summer football sessions, is scheduled for Aug. 12-15. The Ansbach camp attracted 400 players last summer.

"I can&#8217;t offer what this camp does," Marcus George, director of the Ansbach camp, said as he watched a Friday session. "I can put 50 or 60 coaches on the field, but not college coaches."

"It&#8217;s a chance to be seen," said the defensive back, who hopes to earn a college scholarship. The coaches provide each player with an evaluation at the end of camp.

"I like to have the opportunity to come back and help," John Shannon said of spending some of his limited free time directing this camp. "It&#8217;s all about helping these kids."

Shannon indicated that the coaches&#8217; time was well-spent.

"These kids are hungry for coaching," he said. "They want to be coached. They&#8217;re enthused and working hard."

AFNORTH lineman Bo Butcher, a rising senior, said there was more to the college coaching than merely making a name for himself for the recruiting process.

"The coaching is lot more in depth," said Butcher, who has attended the Ansbach camp and who&#8217;ll be moving to Northern Virginia this week. "There&#8217;s a lot more one-on-one instruction because there are a lot less people here."

Friday afternoon&#8217;s session, the second of the day, completed just two-thirds of the day&#8217;s regimen. A 7 p.m. session was to wrap up Day 2 of the camp, which ended Saturday, too soon for some.

"It&#8217;s all that I expected and more," said Wallace, orally identified as a prospect by the staff on Friday. "I want to thank all the coaches for coming over and giving me this opportunity."