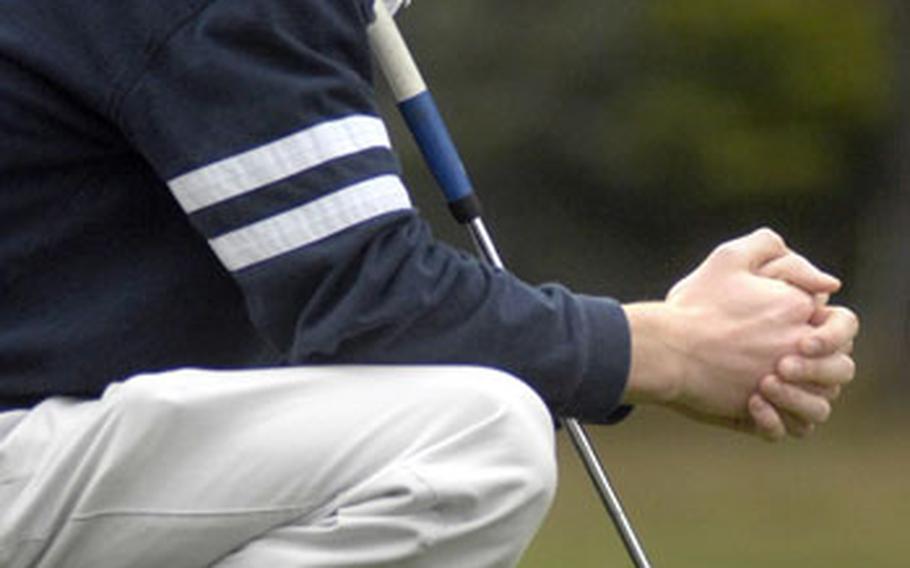 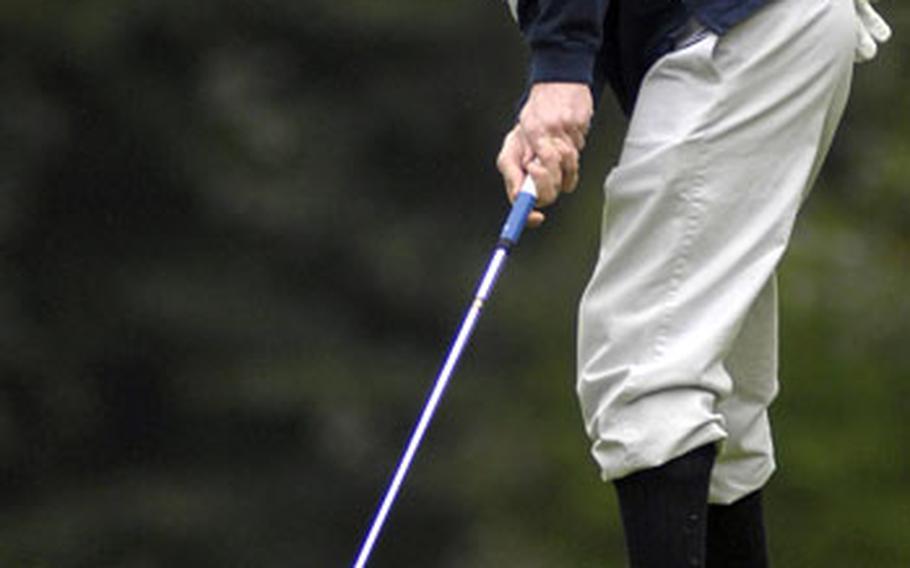 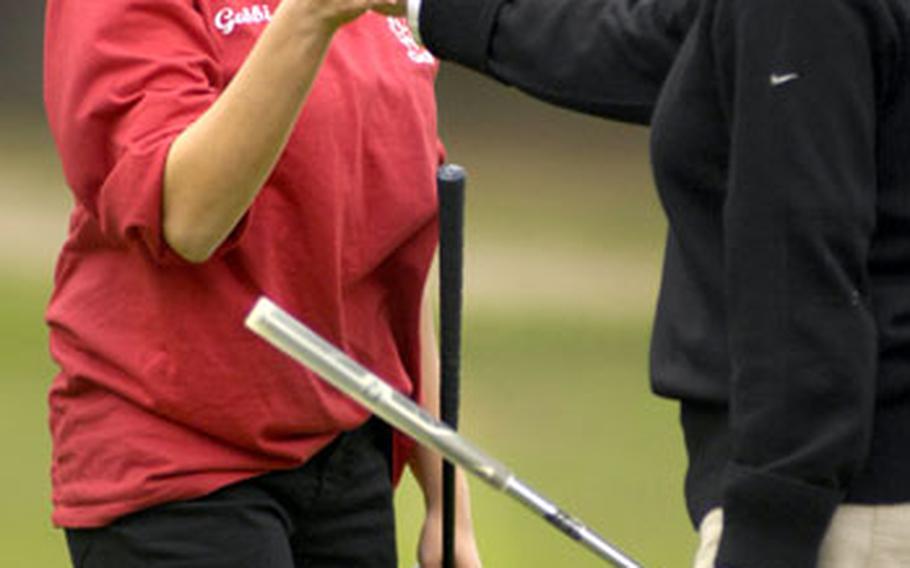 WIESBADEN-DOTZHEIM, Germany &#8212; Nursing a one-stroke lead on the final hole of the DODDS-Europe high school golf championships, Ramstein junior Craig Herron didn&#8217;t much care for the position of his ball after his third shot on Rheinblick&#8217;s 480-yard, par-5 18th.

Herron, who had just hit out of a fairway bunker, was looking at a 65-foot downhill putt to the lower tier of a green that was tricky in every way possible.

First-round leader Gavon Byrd of Ramstein was on the green in three, his ball 12 feet from the cup. A birdie from him and a par from Herron would tie the match and force a playoff.

It became moot when Herron&#8217;s putt started slowly and picked up speed as it broke left toward the hole. The ball struck the far side of the cup dead-center, hopped up four inches or so and dropped into the hole. The improbable birdie completed a round of 91 for a two-day, 36-hole total of 179 and a two-stroke victory.

The putt ended a furious duel with Byrd, who had surrendered seven strokes to Herron on the front nine but regained all but one of them by the time the two teed off on No. 15.

The strategy produced the lead when Herron parred the 142-yard, par-3 No. 16 and Byrd made bogey. Both players parred the 17th before Herron&#8217;s birdie on 18 clinched the title.

The race was just as close in the girls event, which used Stableford scoring. First-day leader Gabbi Dellick of Aviano surrendered the lead to Ramstein freshman Elizabeth Ward before rallying with a par-4 on No. 16 to Ward&#8217;s double-bogey. The two-point swing proved decisive when the leaders halved 17 and 18 with pars.

She did, mostly by winning a mental battle.

Dellick won with a two-day total of 55 Stableford points. Ward was second with 53, and Kaiserslautern&#8217;s Barbara Burriss, with a tournament-best 32 points Friday, finished third with 48.

Ramstein, which swept the team titles, missed a 1-2-3 boys finish when top-seeded Kevin Langford, in third place after the first round, shot 106 on Friday. Battling Rheinblick&#8217;s tough terrain and tight out-of-bounds, Langford removed himself from contention Friday with a disastrous front-nine sequence of triple-bogey, quadruple-bogey and double-bogey which preceded an 11 on the par-3 No. 4. Lakenheath&#8217;s Carlton Casso, sixth after the first day, finished in third place.

While Langford might not agree, Herron, who wore plus-fours, a Scotland rugby jersey and a flat cap in honor of his Scottish grandmother, said he relishes playing Rheinblick&#8217;s hilltop layout.

Closest to the pin — Brady

Closest to the pin — Burriss