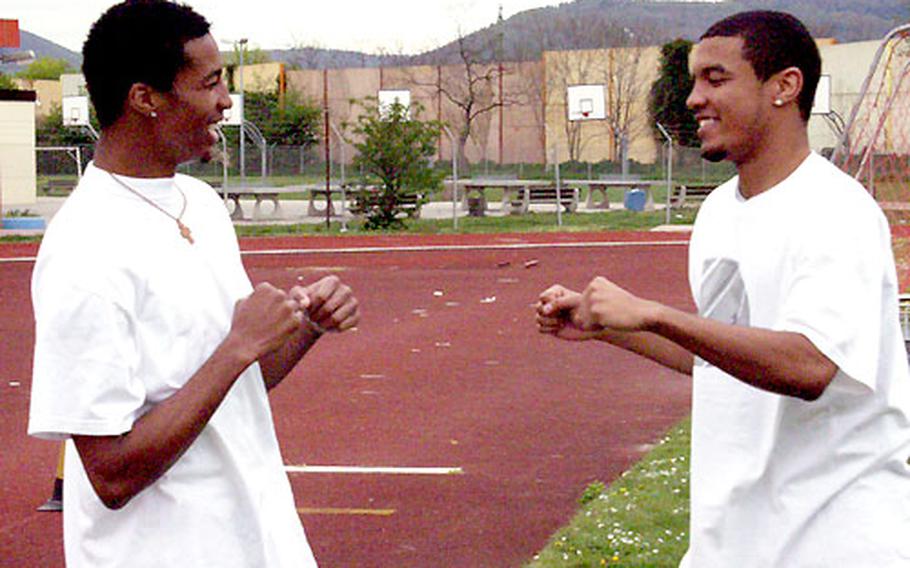 Then last week, he broke the 11-second barrier with his 10.7, two-tenths of a second off the DODDS-Europe record.

Concentrating on his start complements Nick&#8217;s acceleration in the second half of the race.

In that meet, he got a chance to see John and Jermie Hunt of Kaiserslautern, who finished in the top 12 in last year&#8217;s European meet.

In the case of the Trices, who also play football and basketball, the favorite place to display those gifts isn&#8217;t on the track.

After playing wide receiver in his first season at Heidelberg, T.J. stepped in as the starting quarterback last season, leaving his wideout slot to Nick. Both are bound for football camp at Penn State this summer, where they hope to get some exposure to stateside recruiters and to prepare themselves for the game they both want to play at the college level.