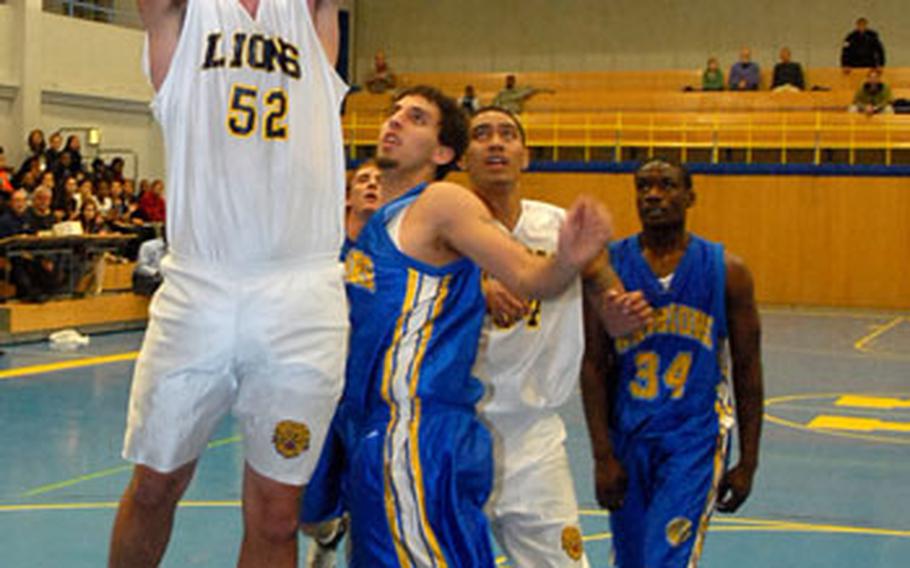 "Our half-court defense cost them."

In addition to their trademark man-to-man defense, the Lions exploited their prowess from the perimeter.

Malcolm Griffin, who finished with 14 points, sank four of his five field-goal attempts from behind the three-point line.

In a Region I opener Tuesday at the International School of Brussels, the home-team Raiders edged Brussels of Division IV 50-46 behind 17 points from Nathan Siegel and 12 rebounds from Gino Culotta.

Brussels, which got 16 points from Jason Sumpler and seven rebounds from Jeremy Howell, trailed 17-12 after one quarter and never found a way to erase that deficit, according to information furnished by ISB athletic director Jason Beseden.