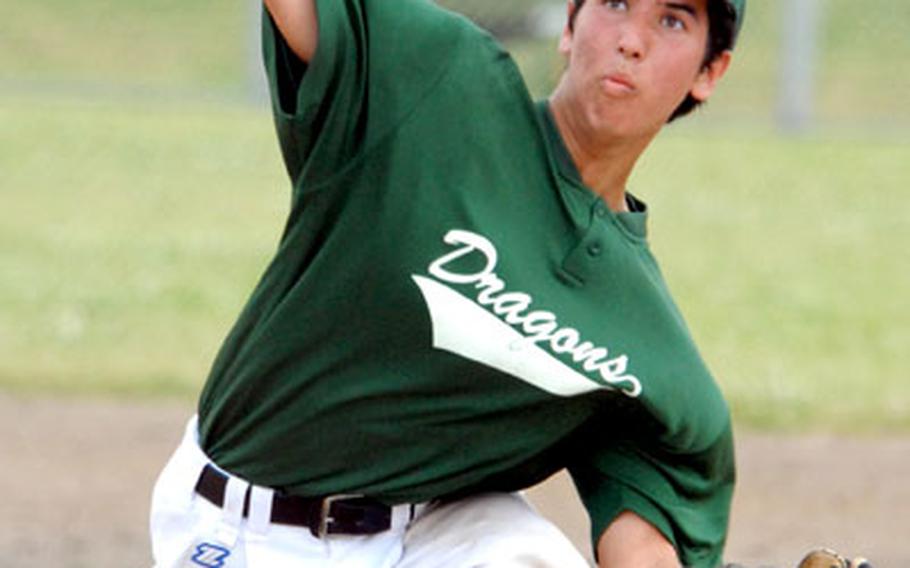 The Seoul American games were pushed to Tuesday, Alvarado said. With spring break next week and no room in the schedule before the KAIAC tournaments on April 27-28, the Taegu matches were rescheduled for Saturday at Taegu&#8217;s Camp Walker, where the boys and girls will play twice. The GVCS matches will not be made up.

Seoul American coach Swink Patterson seemed somewhat relieved by the postponement &#8212; his team played a match the night before at Taegu, and pushing the Osan match to Tuesday will give his players a couple of days&#8217; rest.

Not for the Cougars, who have four matches in four days: Tuesday vs. Seoul American, Wednesday at Seoul International and the doubleheader at Taegu.

Osan&#8217;s boys have played five matches, compared to eight for Yongsan International-Seoul and nine for Seoul American. Complicating matters for the Cougars is the one-week spring break, after which Osan plays four regular-season matches before the KAIAC tournaments April 27-28.

Osan soccer wasn&#8217;t the only victim of foul weather this weekend.

Four inches of snow fell Thursday at Misawa Air Base in northern Japan, and Nile C. Kinnick&#8217;s boys baseball team didn&#8217;t even board its bus at Yokosuka Naval Base for the 10-hour ride north to play Robert D. Edgren in its scheduled doubleheaders Friday and Saturday at Misawa.

Heavy rain, which drenched Edgren&#8217;s girls soccer match with Zama and boys match with Kinnick on Friday, spared Misawa on Saturday and gave way to sunny skies with strong breezes.

Kubasaki softball riding three-game streak vs. KadenaCAMP FOSTER, Okinawa &#8212; After waiting five years and 32 games to get its first victory against Kadena, Kubasaki&#8217;s girls softball team has a three-game winning streak against its archrival.

Chloe Freeman struck out five in five innings of relief, and catcher Michelle Acosta doubled in the tying and go-ahead runs in a three-run fifth as the Dragons rallied from a 4-3 deficit to edge the Panthers 6-4 at Foster Athletics Complex&#8217;s Field 2.

&#8220;It is so good,&#8221; Acosta said, adding that team chemistry and better players have contributed mightily to the winning streak. &#8220;We have very dedicated players who want to play hard and want to win.&#8221;