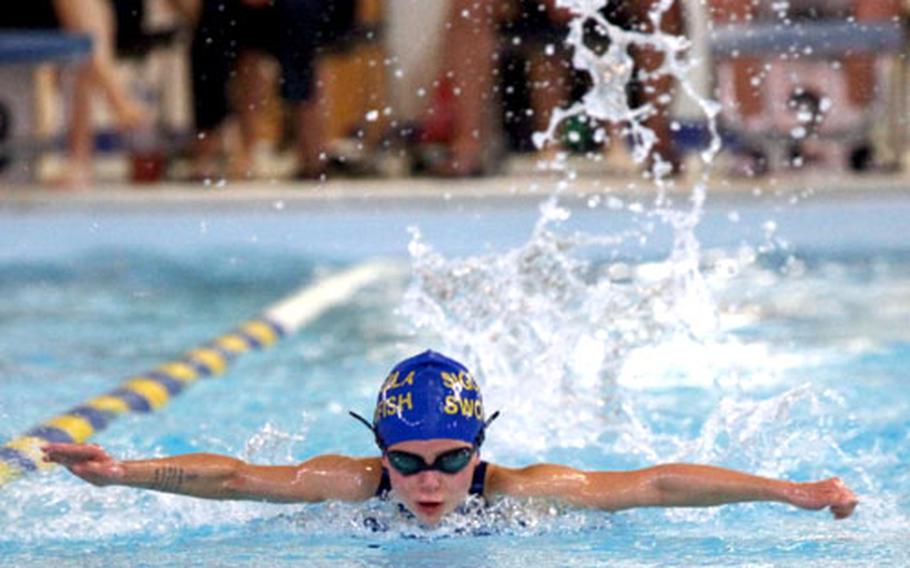 Eight-year-old Hallie Kinsey of the Sigonella Swordfish flashes the form that allowed her to set a European Forces Swim League age-group record of 41.43 seconds in the 50-meter butterfly. She will be competing in the EFSL championship meet in Berlin this weekend. (Photo courtesy of Aaron Cho)

Eight-year-old Hallie Kinsey of the Sigonella Swordfish flashes the form that allowed her to set a European Forces Swim League age-group record of 41.43 seconds in the 50-meter butterfly. She will be competing in the EFSL championship meet in Berlin this weekend. (Photo courtesy of Aaron Cho) 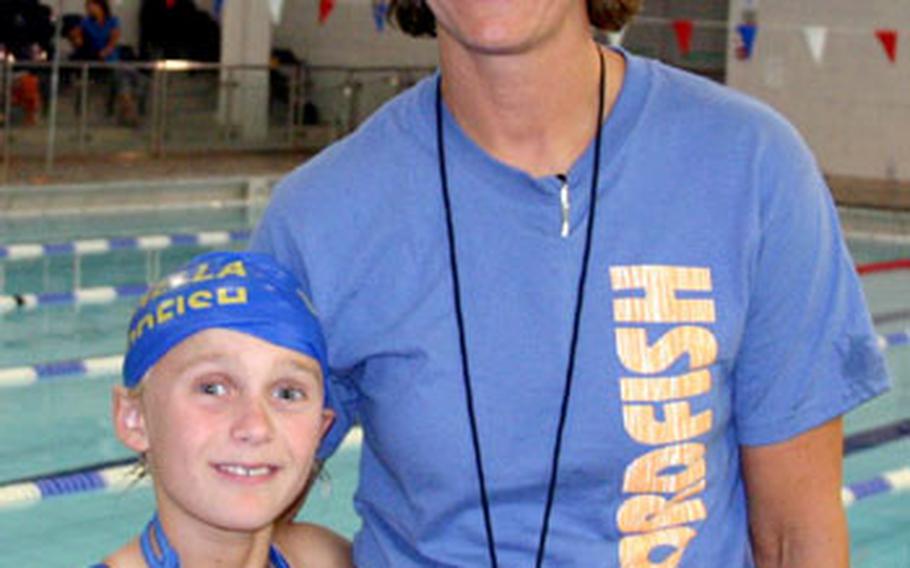 Hallie Kinsey is following the wake of her mother, Kathleen, a former college swimmer who helps coach the Sigonella Swordfish of the European Forces Swim League. (Photo courtesy of Aaron Cho) 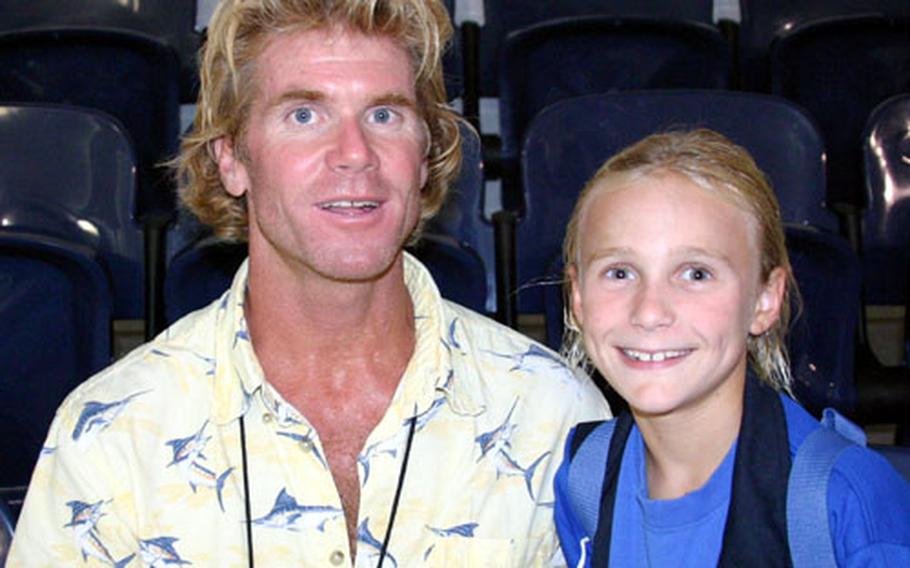 About 500 elementary and high school swimmers will gather in Berlin from across the continent Saturday and Sunday to compete in 136 events at the 2009 European Forces Swim League championships.

And it&#8217;s safe to expect six of those individual races to be dominated by 8-year-old Halladay "Hallie" Kinsey of the Sigonella Swordfish. In just eight meets this season, Hallie has set 10 age-group records in events ranging from the 50-meter butterfly to the 800-meter freestyle.

"I&#8217;m really excited," Hallie said of her biggest stage of the season. "The long course makes it more exciting."

Hallie will be swimming in her second EFSL championships. Before returning to the States for two years, Hallie, at age 5, competed in her first EFSL finale, the 2005 meet at Riccione, Italy.

Hallie followed that season with two years in Southern California, holding her own in the intense competition of that hotbed of the sport.

Strong might be the best word to describe Hallie, who identified the 50 fly and 200 IM as her favorites. They are among the most technical and challenging events, according to her coach.

Hallie said she practices two hours a day, five days a week in Sigonella&#8217;s outdoor pool, work that is clearly paying off.

McKeown was able to be part of Hallie&#8217;s record-setting season because of the impression he made on her mother, Kathleen, a former college swimmer who helps coach the team, during the family&#8217;s previous tour at Sigonella.

"He&#8217;s part of the reason we asked the Navy to move us back here from Southern California," Kathleen Kinsey said. "I recognized the value in Coach Rich&#8217;s program. He takes all these kids and teaches them how to swim."

The family aspect of the sport looms large at Sigonella, where great distances separate the Swordfish from the 17 other teams in the league. "It&#8217;s a hard thing," Kathleen Kinsey said. "It&#8217;s a minimum of four days&#8217; travel to any other meet."

Sigonella has traveled to Lakenheath, Naples, Aviano and Geilenkirchen, Germany, this season. On this trip, traveling is just part of the time Hallie will be putting in to win gold. But she&#8217;s not fazed by the eight events on her schedule.