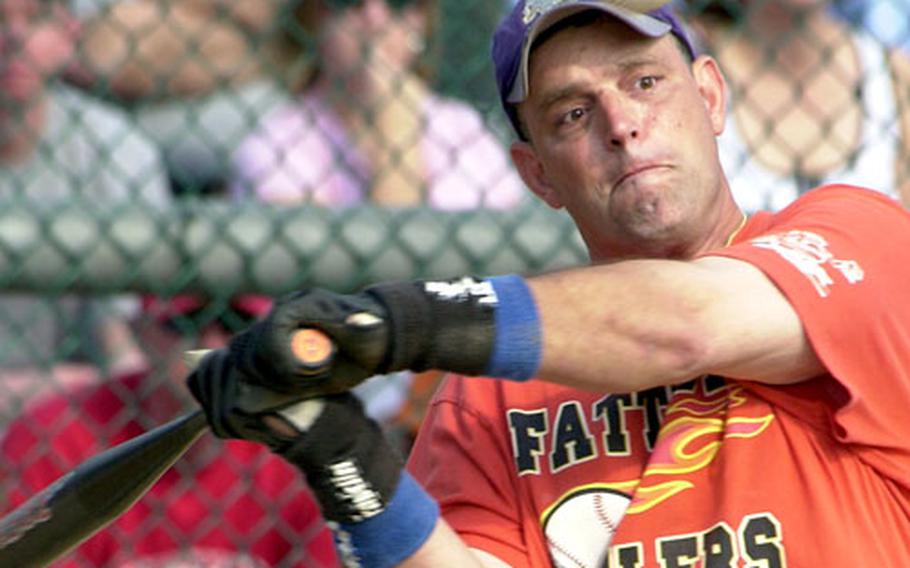 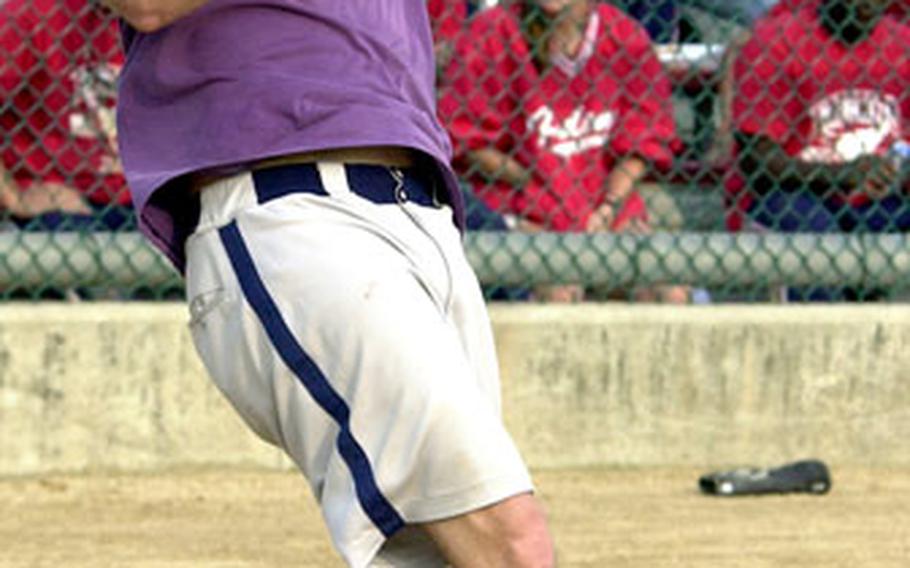 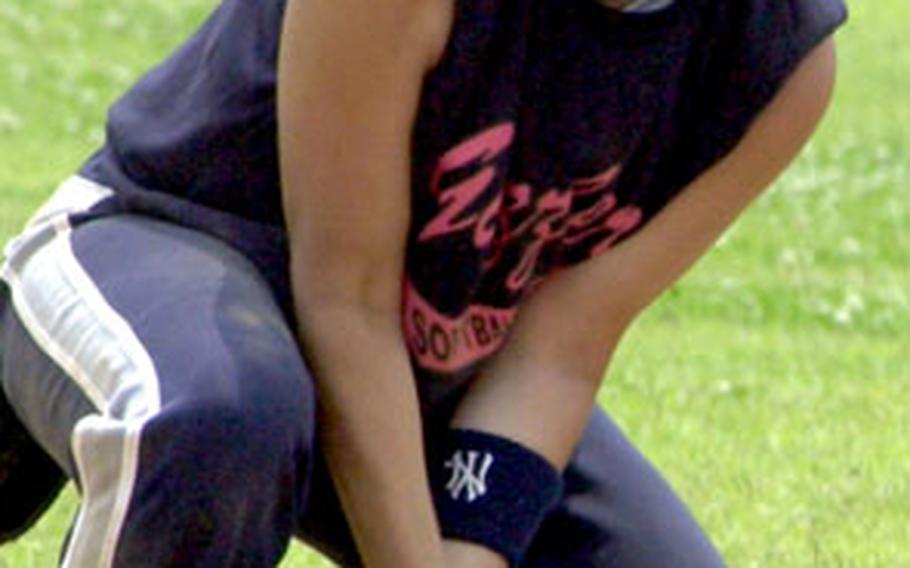 A clutch three-run, no-out, third-inning home run by the man his teammates call &#8220;Ice&#8221; gave the International Guzzlers the lead for good, and they hung on to edge Heat 3N2 18-15 in six innings in the second of two championship games.

Heat rallied past the Guzzlers 24-19 in the first game. Both games ended after six innings due to the tournament time limit of 75 minutes for playoff games.

With that victory, the Guzzlers, whose roster features eight past and present All-Army players, snapped a tie with Yellow Box of Okinawa, now American Legion, for second-most titles in Pacific interservice Grand Slam tournaments. The Guzzlers own four, all of them in the Pacificwide. Now-defunct Pacific Force of Okinawa holds the record, with 39.

It appeared in the fifth inning of the first final game that things would go the way of the Heat, composed in part by three All-Army players, Tim Berry, Andre Elder and Dexter Avery, plus several Taiwanese imports.

Sharp, a left-handed slugger, went 4-for-4 with two homers, two doubles and five RBIs in that game &#8212; which prompted Ring in the second game to move an extra infielder to the right side of the diamond whenever Sharp was at bat.

Sharp smacked a two-run blast in the second game, but was walked four other times &#8212; twice intentionally, once with the bases loaded in the fateful third inning.

Air Force Plus One tops among American womenFor the second time in six years, two Korean teams played in the women&#8217;s championship game, with Kyongbuk, the Korean national team, blanking Busan Red Fox 10-0. It was the sixth straight year that Red Fox has reached the final, but they won the title only once, in 2001.

Finishing highest among the American teams in the playoffs was Air Force Plus One, which took third.

Air Force Plus One 8, Yongsan Garrison 6