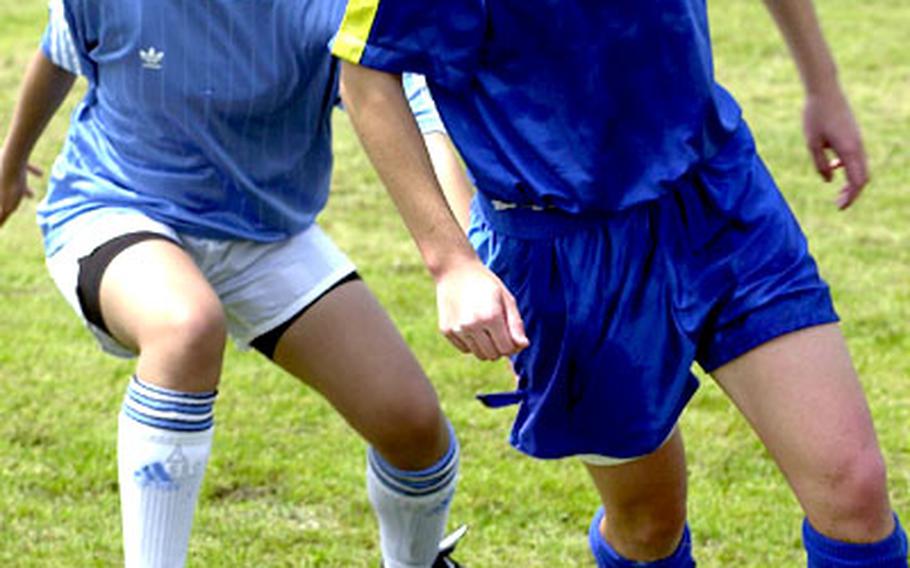 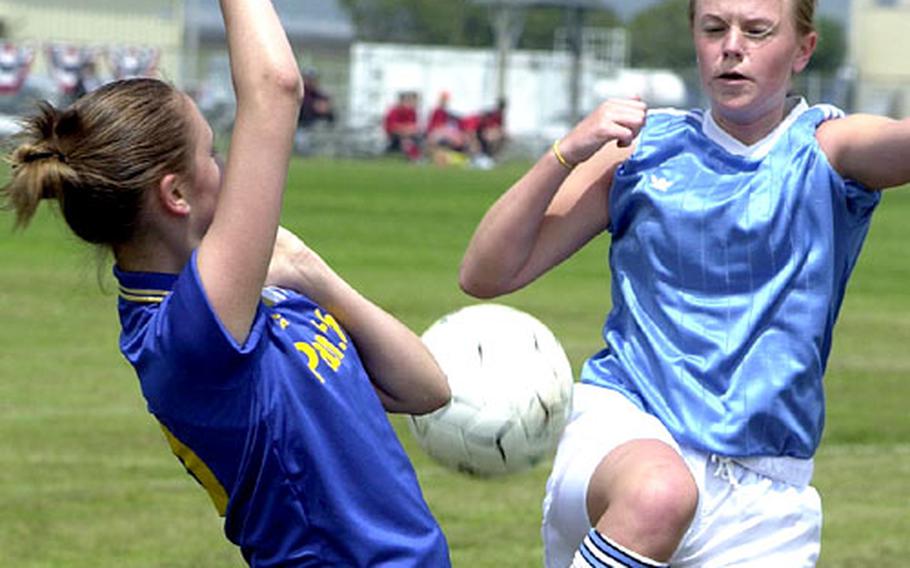 Kristine Meany (15) of Pusan American and Elise Sanders of Osan American fight it out for possession of the ball during Monday&#39;s round-robin play. (Dave Ornauer / S&S)

Kroening scored a goal and assisted on another to lead the Cougars past the Panthers 2-0 on Monday in the Far East High School Girls Class A Soccer Tournament.

Carroll maintained her Far East goal-scoring lead as each player tallied three times in the three round-robin games. Carroll has 23 goals on the season to Kroening&#8217;s 19.

Monday&#8217;s game was the second matchup between the teams this season. Carroll scored in the earlier contest and earned Pusan a tie, and Osan seemed to have learned from that meeting.

The Cougars pinned a defender to Carroll the entire match &#8212; Cami Clampitt, a veteran of Osan&#8217;s title team last year.

While the Cougars lost two of their last three matches and entered Far East at 9-3-2, they benefitted from playing against large-school competition in the Korean-American Interscholastic Activities Conference tournament a week earlier. Pusan faced no large schools this season.

Kroening assisted on the game&#8217;s opening goal, scored by fellow sophomore Priscilla Umemoto in the 10th minute, then converted a rebound in front in the 44th minute to ensure the victory. Goalkeeper Jacquelin Babcock helped make the goals stand up with five saves.

And Carroll said Pusan had some other disadvantages Monday that the Panthers weren&#8217;t facing the last time the teams played.

With the tournament playoffs double-elimination this year, rather than last year&#8217;s single-elimination, the Cougars&#8217; victory celebration Monday was tempered by the knowledge that they might have to face Pusan twice, perhaps three times, in order to keep their title.

(Jump ahead to Class AA)