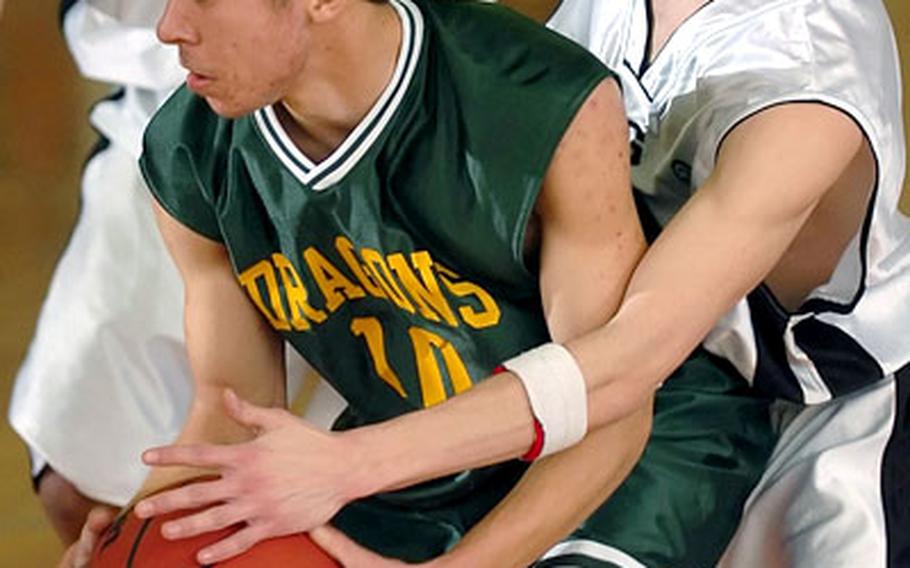 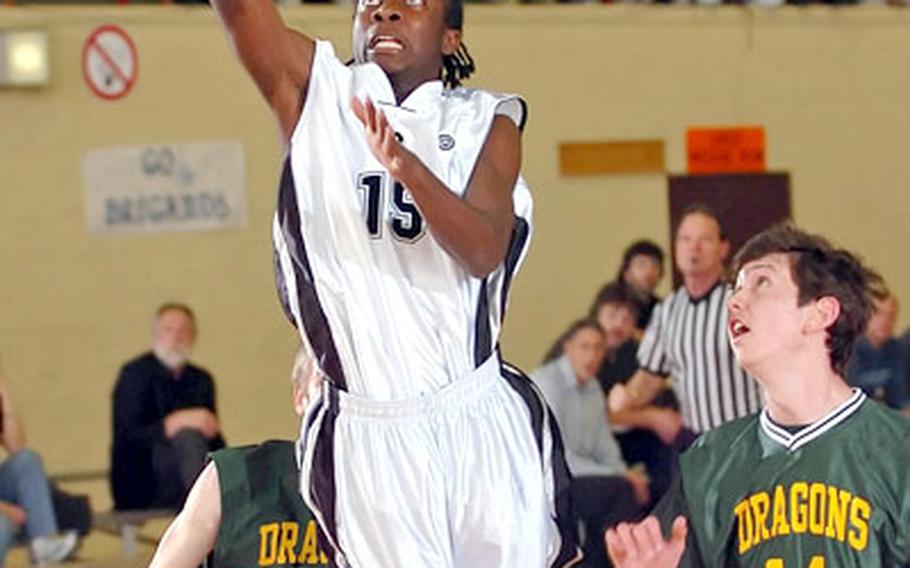 Three straight steals by guard Kevin Breisch got the run started, with Battle contributing four of his 13 points and freshman guard Keith Dupont six of his team-high 15 over the same span. The flurry all but put the game away.

Uptempo it was, with Battle and his brother C.J., a junior who scored 11 points, controlling the boards and all the other Griffins on the floor pressuring the ball at all times. Giessen stole the ball 10 times in the first half.

Alconbury&#8217;s Xavier Ferguson led all scorers with 16 points, and teammate Cristian Felice added 11 and four hard-won offensive rebounds. The Dragons ran effective backdoor cuts in the early going, but Giessen&#8217;s speed and the intimidating presence of the Battles in the paint had the Alconbury shooters rushing their shots. In the end, the Dragons simply couldn&#8217;t match these Griffins-on-a-mission.

Giessen, which won its first 10 games of the season before dropping four games, two each to Baumholder and Bamberg of Division III to close the regular season, came into the tournament looking to right the ship.

People, however, were mistaken. Giessen&#8217;s average victory margin here was 35.5 points, and that came despite its efforts to hold the score down against outgunned opponents.

Merriweather, who played for Giessen when the Griffins won the European title against schools of all sizes in 1994, praised his team&#8217;s work ethic.