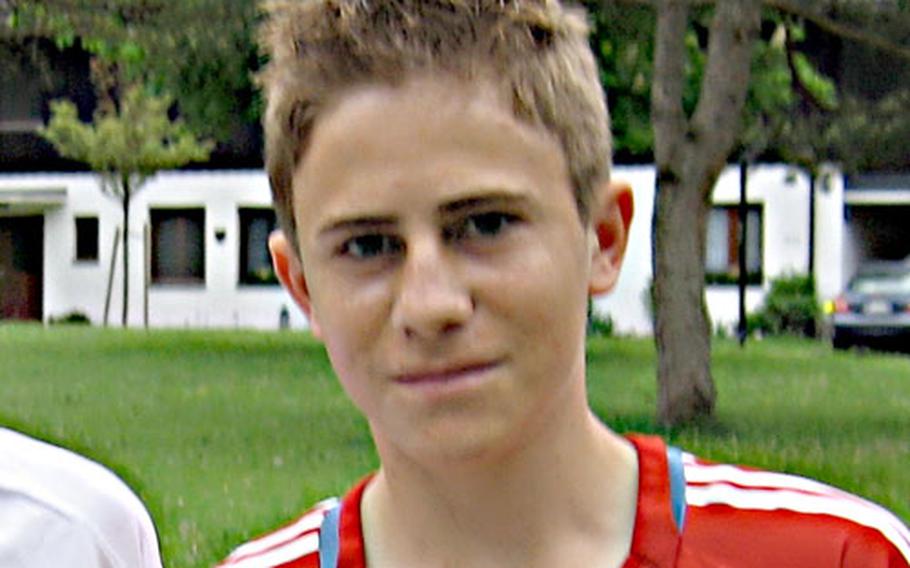 Even though he&#8217;s just 15, Kevin Durr of Garmisch, Germany, is well on his way to realizing his goal of becoming a professional soccer player.

Durr, son of Marshall Center staff member Peter Durr, isn&#8217;t just harboring daydreams. He is the only non-German on the under-15 squad for one of soccer&#8217;s most exalted organizations, 20-time German champion Bayern Munich. In March, he took his game to the United States, where he impressed the coaching staff during the U.S. national team&#8217;s under-15 training camp at Carson, Calif.

Durr, recommended for the national team camp after standing out during an Olympic Development Program camp in Bitburg the previous summer, followed the California camp by joining an ODP all-star team for games in Paris and Italy last month.

Since it&#8217;s more than 50 miles, and more than an hour&#8217;s driving time from autobahn-challenged Munich to the family home in Garmisch, travel time became a serious issue for the Durr family. Kevin&#8217;s older brother, Stefan, 17, was playing for another team, based in a different Munich suburb from Bayern, until transportation became too complicated.

&#8220;The logistics of having both boys play at different times in different places in Munich was just too much,&#8221; said Peter Durr, the boys&#8217; father who was Army attach&#233; in Bonn for four years before being assigned to Garmisch. He said those problems plus the burden of the rigorous international baccalaureate program the brothers pursue at MIS led the family to limit Stefan&#8217;s soccer to the school team and playing for the local club, FC Garmisch.

This summer, both boys are planning to visit U.S. universities, preparing the ground for the college careers both desire.

Although he said the level of play there was &#8220;a bit higher&#8221; than he had previously experienced, his skills and soccer sense pulled him through.

It figured. Being awestruck by being in fast company wasn&#8217;t in the cards for him. That was for others.