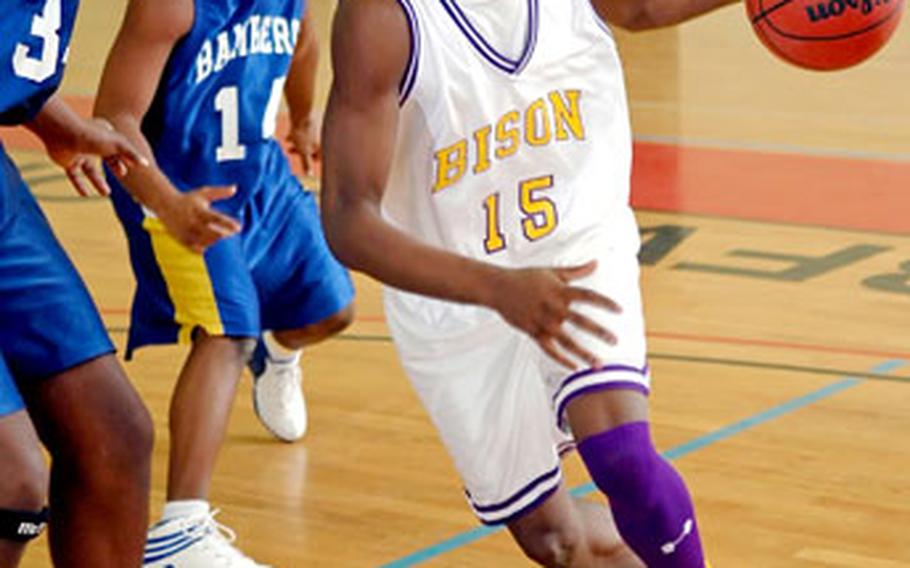 Understand, though, that it took time for Gardner to consider himself a basketball player &#8212; the gridiron and the baseball diamond occupied his thoughts when he arrived at Mannheim from Fort Polk, La.

A right-handed pitcher and shortstop, Gardner, whose father still considers baseball to be his son&#8217;s strongest sport, saw baseball fall away with the lack of high school competition in Europe.

Then he began basketball mainly as a way to keep in shape for football. And in his heart, Gardner, a will-of-the-wisp quarterback whose swift changes of direction often left Mannheim&#8217;s opponents tackling air last season, still ranks football as No. 1.

That sort of dedication comes from the competitive fires that burn inside Gardner.

Then there&#8217;s his native athleticism, fertile ground for the seeds of practice.

Like most DODDS-Europe athletes, Gardner has found distance to be an obstacle to his college plans. As a r&#233;sum&#233; enhancement, he&#8217;s hoping to earn one of the two berths reserved for DODDS players on the U.S. team that will play the national junior teams of 15 or so other countries at April&#8217;s biennial Albert Schweitzer tournament in Mannheim.

If he can also add an All-Europe basketball plaque, which is fully within the realm of possibility, Gardner just might be good to go in what was once his afterthought sport.

If not, Gardner has no regrets.