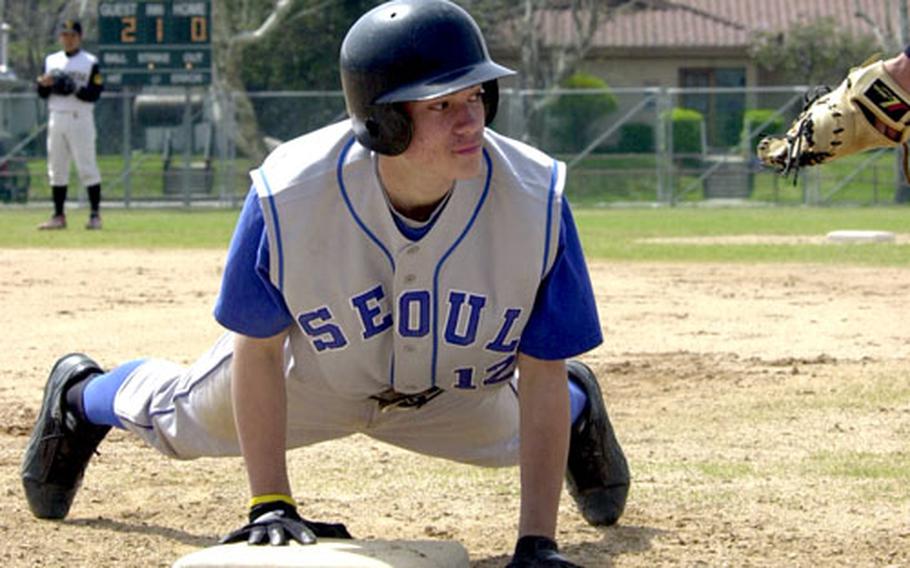 Seoul American&#39;s Jeremy Christopher picks himself up after diving back to first base during a friendship game against Sungsim School for the Deaf on Thursday at Yongsan Garrison, South Korea. (T.D. Flack / S&S)

YONGSAN GARRISON, South Korea &#8212; Seoul American High School baseball players and their peers from the Sungsim School for the Deaf took to the ballpark at Yongsan Wednesday in a &#8220;friendship game.&#8221;

The teams put on a good show for the crowd; even U.S. Forces Korea Commander Gen. Leon LaPorte was among spectators for a few innings.

Sungsim&#8217;s players communicated via sign language, something SAHS senior Tommy Rozzi said was tough to get used to. He said the last South Korean team he played against chattered constantly while playing.

SAHS athletic director Don Hedgpath, who helped plan the game, said it was &#8220;our little way&#8221; to participate in the Good Neighbor program.