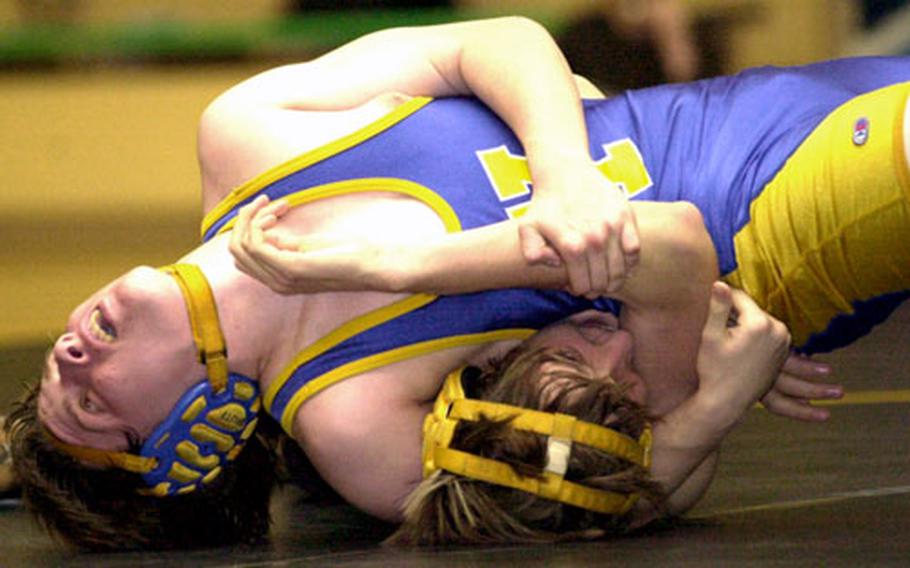 Yokota’s Andrew Conkling arches his head back and uses a head-in-arm hold to push the shoulders of David Budge of the American School In Japan Mustangs to the mat during Wednesday’s 158-pound bout. (Dave Ornauer / S&S)

Yokota’s Andrew Conkling arches his head back and uses a head-in-arm hold to push the shoulders of David Budge of the American School In Japan Mustangs to the mat during Wednesday’s 158-pound bout. (Dave Ornauer / S&S) 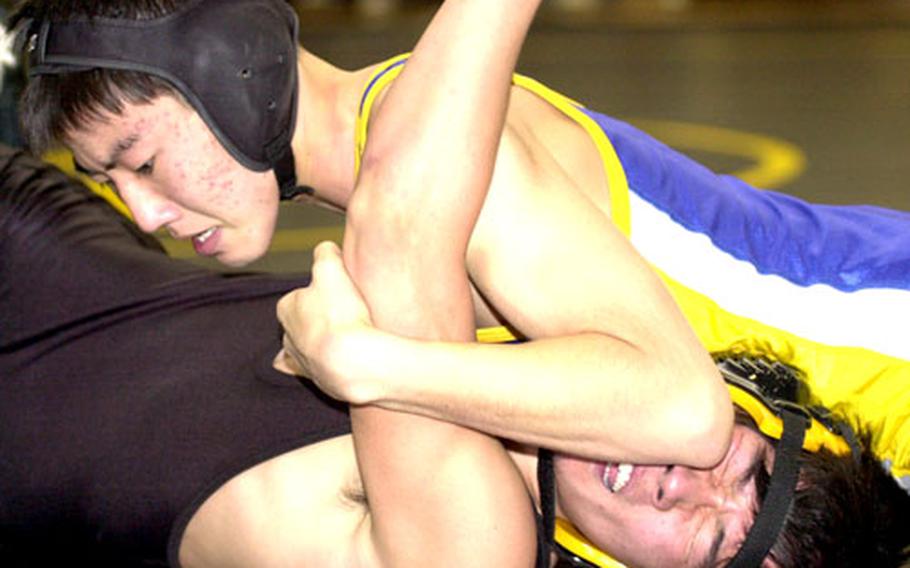 Robert Rodell of Yokota uses a reverse front press to push the shoulders of Soshi Sugiyama to the mat during Wednesday’s 122-pound bout. (Dave Ornauer / S&S) 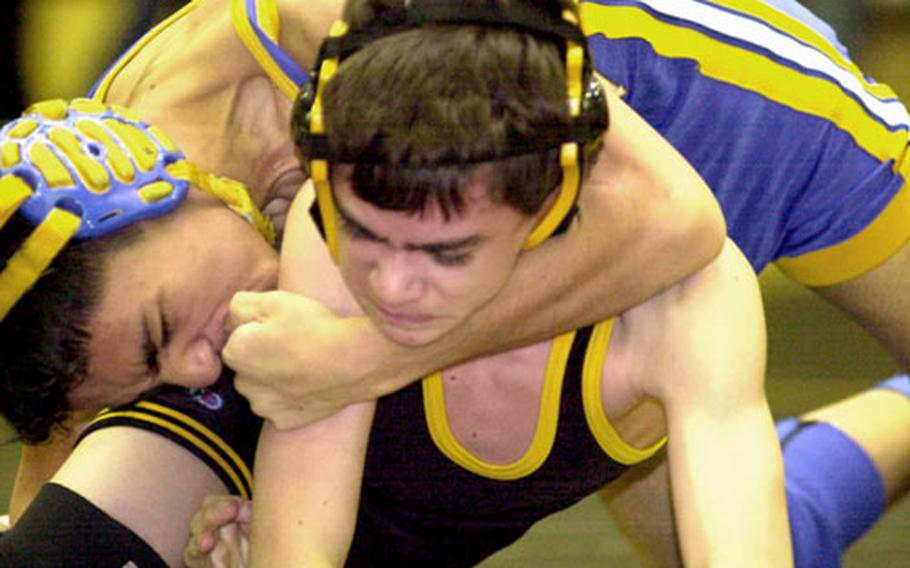 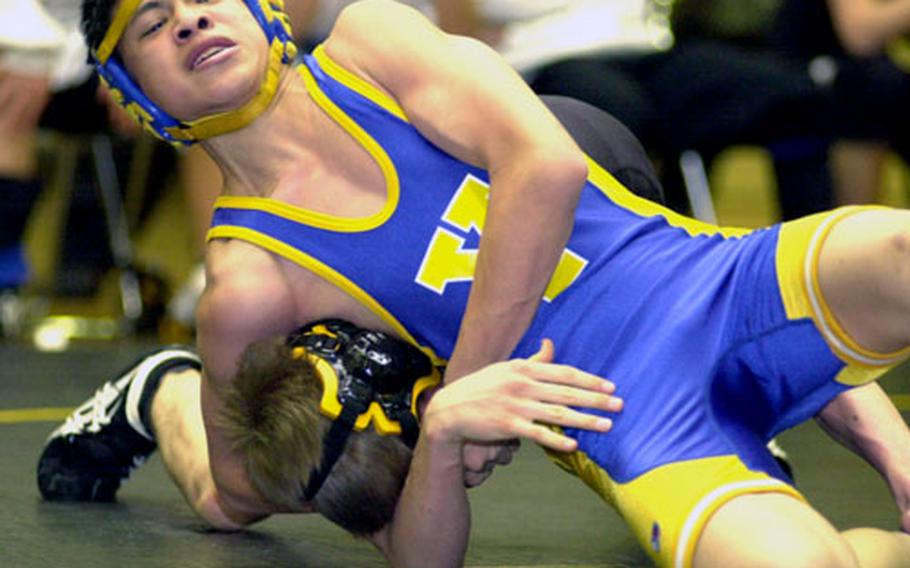 Neal Lapurga of Yokota scores a takedown on Scott Metts of the American School In Japan during the 115-pound bout Wednesday in Tokyo. Metts won a 2-0 decision, but the Panthers beat the Mustangs 31-27 to capture their first Kanto regular-season championship since 1984. (Dave Ornauer / S&S)

What the Yokota Panthers coach did not expect was how freshman 158-pounder Andrew Conkling would step up when the team needed him most.

Kitts called Conklin &#8220;the surprise of the season,&#8221; after he eked out a crucial 2-1 decision over David Budge, helping the Panthers edge the Mustangs 31-27 to secure their first Kanto Plain regular-season championship in 22 years.

Yokota finished the regular season 5-0 while the Mustangs suffered their first loss in four dual meets (they have one dual meet left, on Friday at home against the Christian Academy In Japan).

Conkling scored two late takedowns to win the first period 2-1 but Budge took the second period 5-3, then ran up an early 4-0 lead in the third-and-final period.

Then Conkling took over, throwing Budge onto his back, scoring two points, then another for almost pinning him. As the buzzer sounded, the score read 4-3 Budge. But then referees conferred and gave Conkling three points for the throw, tying the period 4-4. He won the period, and the bout, based on having the highest-scoring point throw.

Kitts said the Panthers were in need of efforts such as Conkling&#8217;s because defending Far East 108-pound champion Patrick Pamintuan was out injured, and Jason Rodriguez, another defending Far East champ, fell to ASIJ&#8217;s Skip Harvey by 2-1 decision at 129 pounds Wednesday.

Mark Meade (101) and Nick Guzman (108) got the Panthers off to a flying start with pinfall victories before Scott Metts (115) got ASIJ on the board by decisioning Neal Lapurga. Even that threw a monkey wrench into any Mustangs&#8217; hopes of a Kanto title.

That set the stage for Conkling&#8217;s heroics.

Hohenthaner, who&#8217;s coached wrestling for 39 years, called the Panthers one of the finest Yokota teams he&#8217;s seen in his more than two decades in Japan.