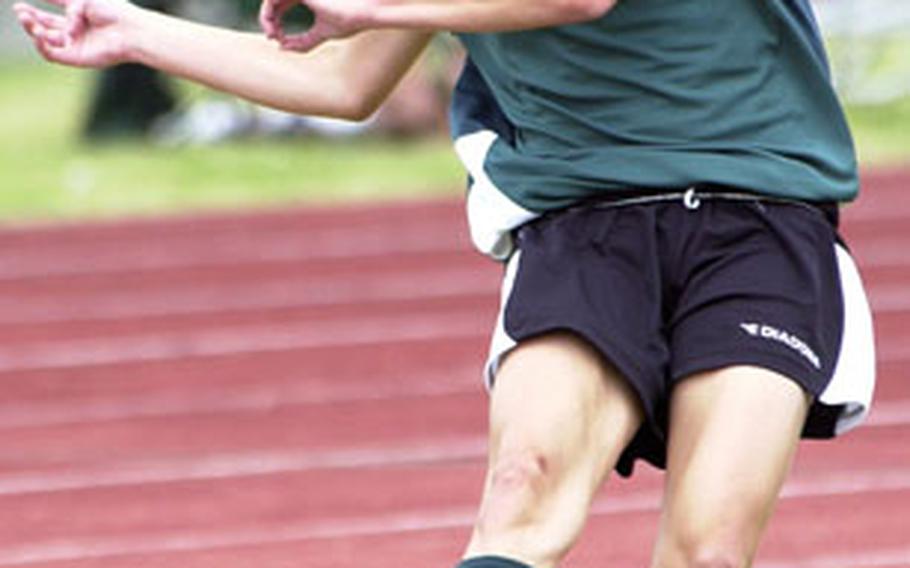 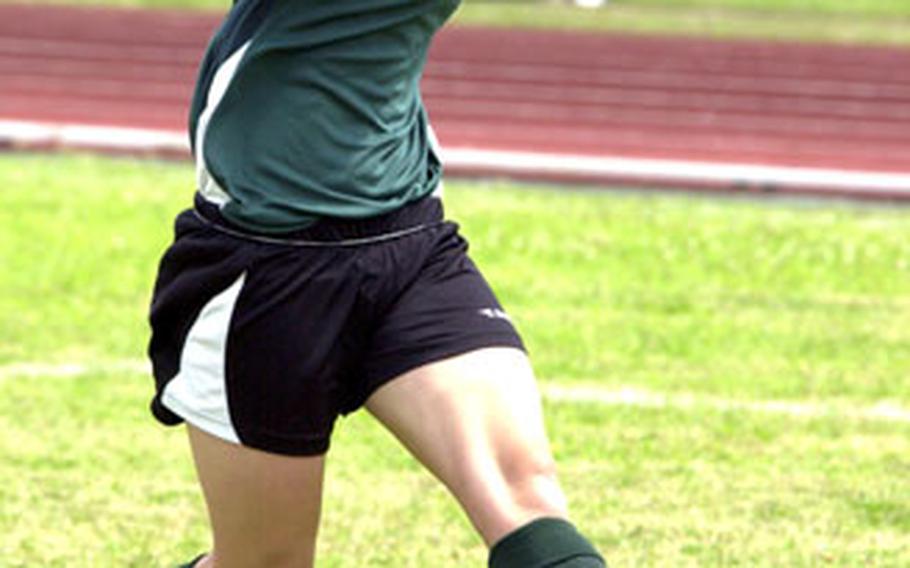 Kara Koenecke, with eight goals this season, is one of four freshmen whom coach Terry Chumley considers “crucial” in Kubasaki’s effort to rebuild. (Dave Ornauer / S&S)

This year, Kubasaki has lost its two regular-season matches to two-time Class AA champion and Okinawa arch-rival Kadena by a combined 12-2. In a 9-1 loss to the Panthers on March 29 &#8212; the worst defeat in school history &#8212; junior Kiara Burton even lost her right-front incisor thanks to an inadvertent Panther elbow.

But don&#8217;t tell Chumley the Dragons are in full rebuilding mode. Headed into spring break at 3-2, she feels success might be just around the corner.

It&#8217;s a group, Chumley says, that bears similarities to her 2002 team, which lost every regular-season match to Kadena but upset the Panthers 5-3 in overtime to win the Class AA title.

Except in 2000, the Dragons have reached every Class AA final since Department of Defense Dependents Schools-Pacific-sponsored tournaments began in 1998. A return to such lofty heights likely will hinge on four freshmen, short on varsity experience but long on skill.

Along the right sideline, Monti usually can be found doing the trench work, pulling defenses with her and opening opportunities for others, all while scoring four goals herself. &#8220;She&#8217;s not afraid of contact,&#8221; Chumley said. &#8220;And she can run all day long.&#8221;

Monti and Koenecke, the team&#8217;s leading scorers, spent the past few years playing for the Okinawa Diplomats, an under-14 program run by Michael Callahan and John Reay, Kadena&#8217;s high school boys team&#8217;s coaches.