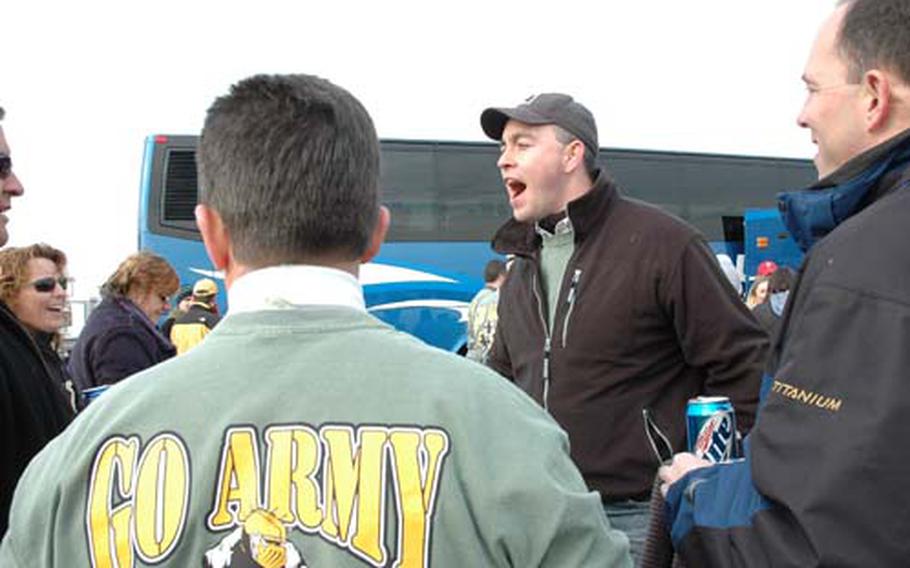 Tom O&#39;Donnell, center, jokes with friends at their tailgate outside the Army-Navy game. O&#39;Donnell played for Army and graduated in 1991. (Robin Hoecker / S&S)

Tom O&#39;Donnell, center, jokes with friends at their tailgate outside the Army-Navy game. O&#39;Donnell played for Army and graduated in 1991. (Robin Hoecker / S&S) 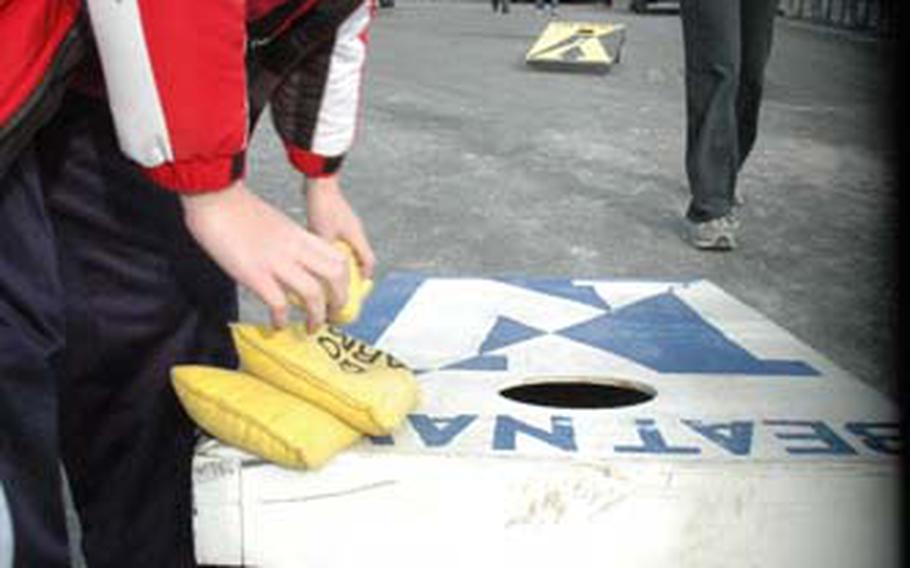 There are few things that can make blaring ACDC and an ice cold beer desirable at 8 a.m. on a frosty December Saturday.

Football is one of them.

As always, this year&#8217;s Army-Navy game attracted thousands of loyal fans and hardcore tailgaters, many of whom started celebrating before sunrise. With the shimmering Philadelphia skyline in the background, fans were in good spirits outside Lincoln Financial Field before the game.

Everyone in the group contributed about $40 to help pay for food, drinks and the bus. What money remains will be donated to the Wounded Warriors program to honor their classmate and friend Lt. Col. Greg Gadsen, who was wounded in Afghanistan.

As the clock ticked down towards kickoff, the rosy-cheeked tailgaters slowly packed their food away and made their way into the stadium. After all, there was a football game to watch.