Feterl's last season at Baumholder is an impressive debut 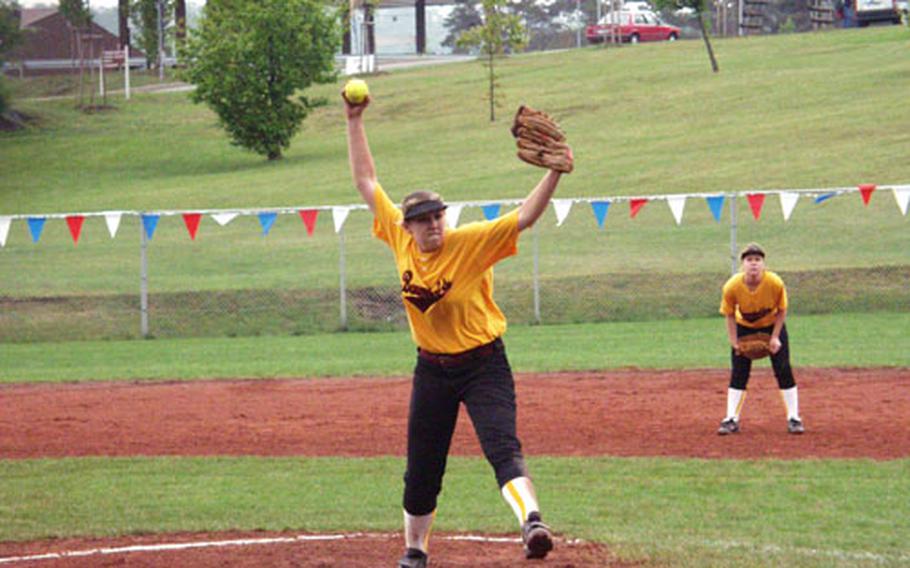 Moments after becoming the only player to hit a home run that wasn&#8217;t inside-the-park in last week&#8217;s European softball championships, Baumholder&#8217;s Katie Feterl admitted to a case of the jitters.

This is Feterl&#8217;s first season on the diamond because she opted to play soccer in her junior year.

Feterl knows her way around the diamond.

Even without softball or baseball, Feterl found plenty to keep her busy at Baumholder.

In three All-Europe volleyball seasons and two in basketball, Feterl played a key role in getting the Lady Bucs to the top level &#8212; three European Division III basketball championships and one in volleyball.

But it&#8217;s the camaraderie with her teammates that ranks highest on Feterl&#8217;s highlights of her high school career.

She was hoping she and her friends would capture a softball championship, too, but Baumholder&#8217;s season ended in Friday&#8217;s semifinals, a 12-2 loss to Alconbury.

Feterl will turn her attention to playing volleyball for the University of Dubuque, a Division III school that also has softball and basketball programs.

She says she chose volleyball because she finds it more interesting and fun.

She plans to major in occupational therapy or sports psychology in college.