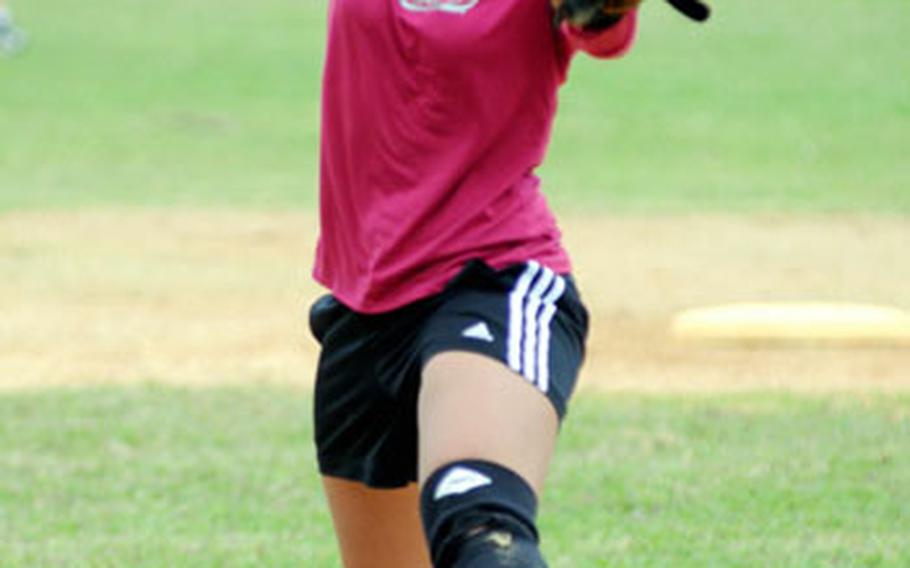 Kadena junior Mary Schweers, above, and Kubasaki senior Carrie Thompson-Davis, below, are best friends off the field, but the former Kubasaki teammates will take the mound for their respective teams in the Okinawa Activities Council softball opener at Camp Foster. (Dave Ornauer/S&S)

Kadena junior Mary Schweers, above, and Kubasaki senior Carrie Thompson-Davis, below, are best friends off the field, but the former Kubasaki teammates will take the mound for their respective teams in the Okinawa Activities Council softball opener at Camp Foster. (Dave Ornauer/S&S) 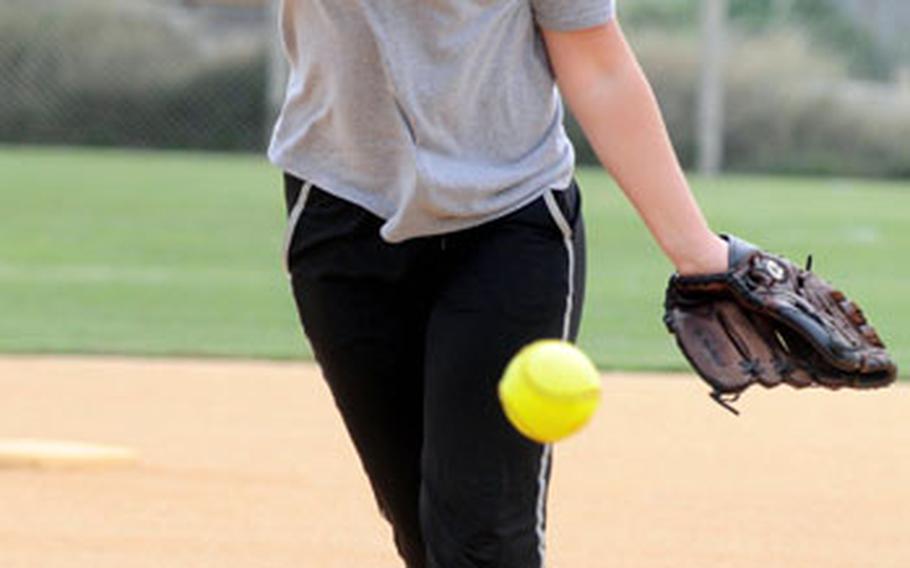 Even though they&#8217;re now at different schools, the friendship remains.

It will be set aside at 10 a.m. Saturday when Schweers, now with Kadena, and Thompson-Davis face each other on the mound, as best friends become fierce rivals in the Okinawa Activities Council season opener at Camp Foster softball Field 2.

It&#8217;s something they&#8217;ve talked about since the start of school, and each has mixed feelings on the subject.

Born out of softball kinship was their friendship in spring 2007, Thompson-Davis as a sophomore and Schweers one of two Kubasaki freshman pitchers. The main icebreaker? Each other&#8217;s sense of humor, they said.

"I like funny people, and she&#8217;s a funny person to be around," Schweers said of Thompson-Davis.

The friends shared everything &#8212; even a nickname that the two said sort of evolved that season.

Then, the elder Schweers was promptly transferred back to Okinawa&#8217;s Torii Station. Only this time, Mary would end up attending Kadena, which disappointed the two friends.

After the initial shock wore off, the friendship resumed its normal sway. They still do everything, shop, share music and movies, but now, there&#8217;s a new twist &#8212; the softball rivalry, which has them talking about games within the game, based on who has fewer walks and more strikeouts and other things.

While saying it would have been good to have his prot&#233;g&#233;, Schweers, back, Kubasaki coach Gerald McKeown said having the two pitch for different teams will benefit both squads. "That will be challenging the kids on both ends," he said.

McKeown said he knew Schweers could pitch because of her backstroke experience as a member of the Okinawa Dolphins Swim Team.

"She had the natural motion of backstroke," he said. "Not only was she a good pitcher, she was a premier outfielder and solid hitter. Everything just came in really fluid for her."

Calling Thompson-Davis a "good kid," first-year Kadena coach Jesse Costa feels she has the tools to give Schweers a good matchup. "I&#8217;m looking forward to this season," Costa said.

"This will be an interesting year, facing her down and playing against her," McKeown said of Schweers. "We&#8217;d have loved to have had her back on the team. We just love being around her, even if she&#8217;s on the other side. We&#8217;ll shake hands and share a few chuckles after the games."

"So many memories," Thompson-Davis said. "I think we can make more memories playing for different teams."