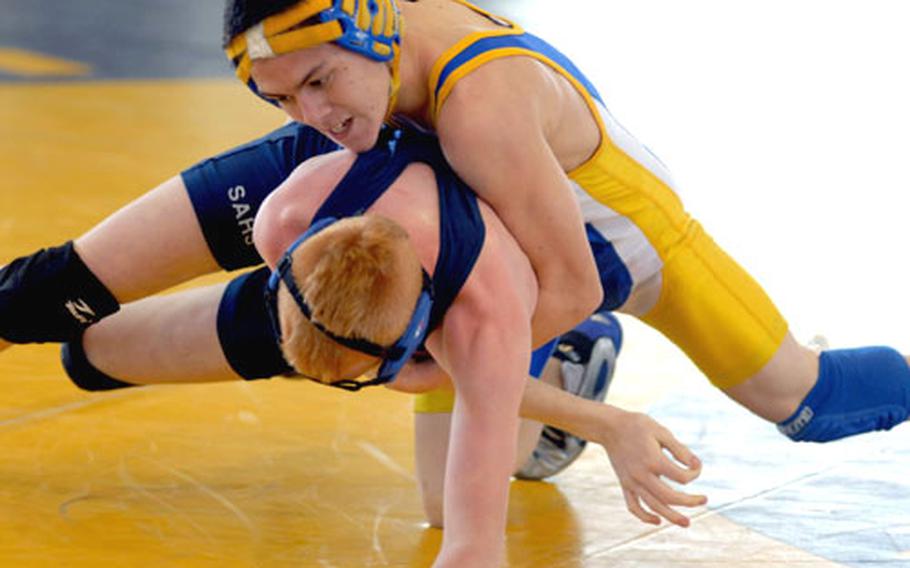 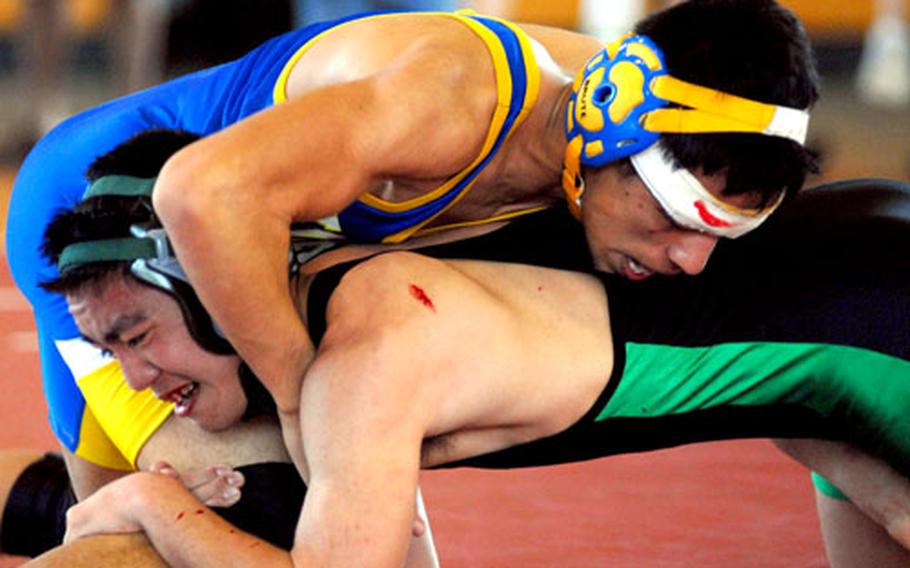 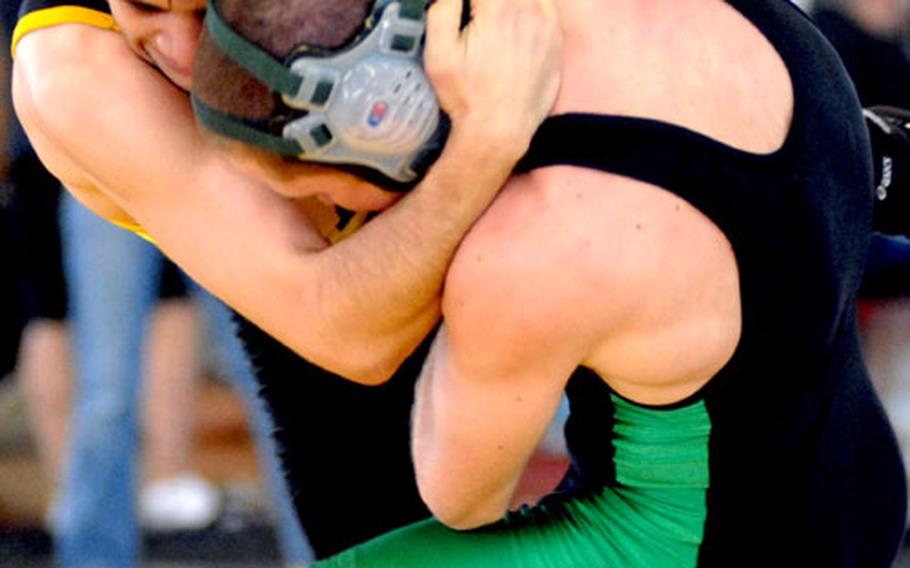 CAMP FOSTER, Okinawa &#8212; One wrestler wore athletic tape around his head to hold a gauze pad in place over his forehead, the result of a cut over his right eye the day before.

The bout was interrupted frequently for each wrestler to have his wounds attended. The outcome propelled Wood into Friday&#8217;s semifinals, and sent him to the hospital to have his cut stitched.

Such was the level of intensity during Thursday&#8217;s early-round individual freestyle tournament bouts.

Coaches and wrestlers said it was about girding for Friday&#8217;s gold-medal bouts, preparing for what&#8217;s to come and ramping up their games.

Wood and Guzman have beaten each other once this season, Guzman topping Woods in last month&#8217;s &#8220;Beast of the Far East&#8221; tournament. They could face each other again at least once before the titles are decided. Kadena&#8217;s J.C. Henderson, who has beaten Wood, also looms as an obstacle.

More of the same took place at 135 pounds, as Okinawa rivals Jacob Bishop of Kadena and Jon Goddard of Kubasaki squared off for the fourth time this season, with Bishop squeaking out a 2-1 decision.

&#8220;The caliber is there on both sides. It&#8217;s whoever wants it more, whoever has more heart,&#8221; Kubasaki assistant and two-time Far East champion Bobby Duncan said.

Ex-champ Stokes of Seoul hopes to return to top in finaleFrom champ in 2007 to runner-up in 2008 fell Justin Stokes of Seoul American, who lost last year&#8217;s 180-pound title bout 2-1 to Edgren&#8217;s Andrew Blankenship. Stokes, a senior, says he hopes to make amends.

Zama&#8217;s Spencer relishes glory of five-point throwWhich would a wrestler rather score, a pin or a five-point throw? Zama 158-pounder Michael Spencer enjoyed the thrill of the latter during his superior decision over Kadena&#8217;s Cody Reyes. Spencer used a leg lift to elevate and toss Reyes over his head in the first period.

Tanner lost her next two bouts, failing in a bid to join Albonetti, who last year won two bouts and placed fifth, the first girl to score points for her team in the Far East tournament.