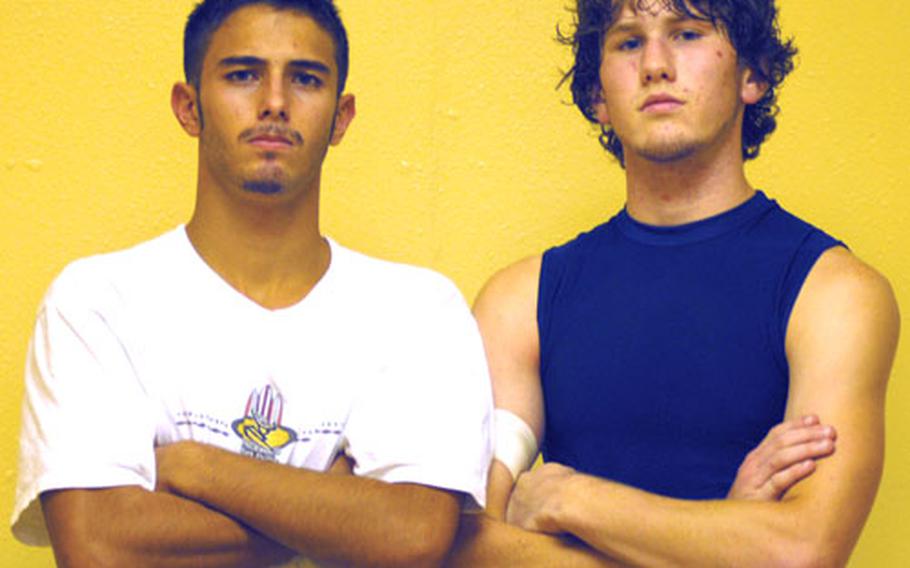 Sometimes, accomplishment is defined not by the win-loss column but by what one learns from a brutally tough competition.

But the experience was worth its weight in gold to Bloom and McCullough because of the huge confidence boost that comes from mat experience against seasoned stateside veterans.

Bloom and McCullough became the second and third Okinawa-based high-school wrestlers and Sly the fourth competing at Fargo under the banner of &#8220;Team Okinawa,&#8221; a wrestling club assembled two years ago by Jacob Clark, a 2004 Marine Corps athlete of the year who until last spring was at Okinawa&#8217;s Camp Foster.

The Fargo tournament and its accompanying clinics lasted eight days in late July and was &#8220;pretty overwhelming,&#8221; said Brandon McCullough, the son of Kadena assistant coach Tom McCullough, who also traveled to Fargo.

Preceding them to Fargo the previous two summers were Steve Courtney, a two-time Far East champion from Kubasaki, and Zach Dopslaf of Yokota High School in Japan. They also took a pounding &#8212; but the difference in their before-and-after-Fargo abilities was a major reason Bloom and McCullough said they wanted to attend themselves.

Where Courtney and Dopslaf changed most, Kubasaki coach Terry Chumley said, was in mind-set.

Similarly, Chumley predicted that during the coming season, Bloom, McCullough and Sly &#8220;will be tough to beat.&#8221;

Schrock said he&#8217;s hopeful what Bloom and the McCulloughs brought back will have a trickle-down effect and help the rest of the team in its effort to win back-to-back Far East team titles.