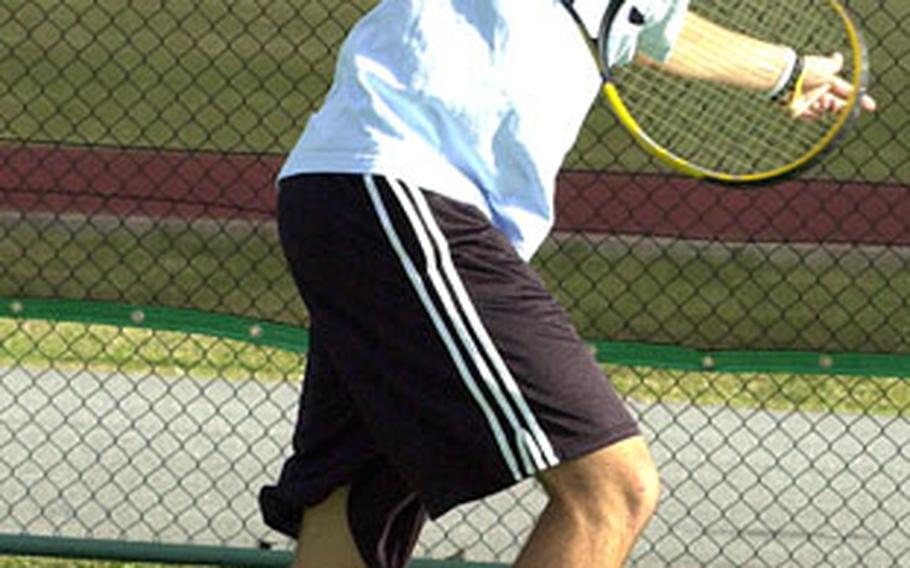 A new wrinkle has been added to the Far East High School Tennis Tournament &#8212; a Davis Cup/Federation Cup-style team event, which will count for most of the team points when the tournament is played Wednesday-Friday at Ninete Tennis Center in Hagatna, Guam.

The format has never been used in the 27-year history of the event, which previously employed boys and girls singles and doubles and, for the first time last year, a mixed doubles event.

Organizers of the tournament, being held for the first time on Guam and hosted by Guam High School, said the format is similar to those used in the Micronesia, South Pacific and Oceania Games staged periodically throughout Micronesia.

&#8220;This is the format we used to play in the international games around the Pacific,&#8221; said Juana Aguon, the tournament director and a longtime competitor in such events. She promised a full, detailed format explanation at Tuesday&#8217;s pre-tournament coaches&#8217; meeting. &#8220;I know the coaches will understand it once it&#8217;s presented.&#8221;

But in the run-up to the tournament, the format generated discussion among coaches, particularly the importance of depth, especially in the first round.

Each of the 13 participating schools list four boys and four girls players on their rosters. In the team event first round, two of them must play singles while the other two play doubles. After that, coaches may play any player combination they want, using all four players or just their strongest in both singles and doubles play.

&#8220;Deep teams hold a definite edge in the first round, but not after that,&#8221; said coach Rick Kendall of Japan&#8217;s E.J. King Cobras of the fact that teams with four strong players stand a better chance of advancing and playing for team points.

Nerves might play a big part in a team&#8217;s ability to survive that first round, Hindie said. &#8220;That round is the key. We need to get our first-round jitters out of the way and win those matches. After that, it will be interesting to see how it pans out.&#8221;

Edwards, Reiff and others in that same position might still benefit from the team event, for it also serves as a qualifier for the Elite 8 singles bracket. Players who win consecutive singles matches, be it in the main or consolation draws, will qualify to play for the singles title.

While most coaches polled favored the team format, a handful of folks dissented, including Edwards.