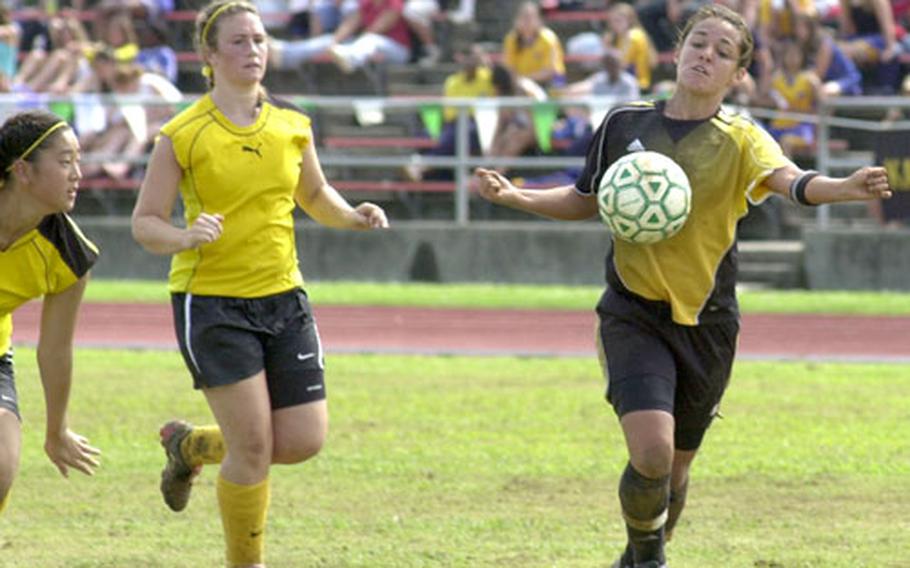 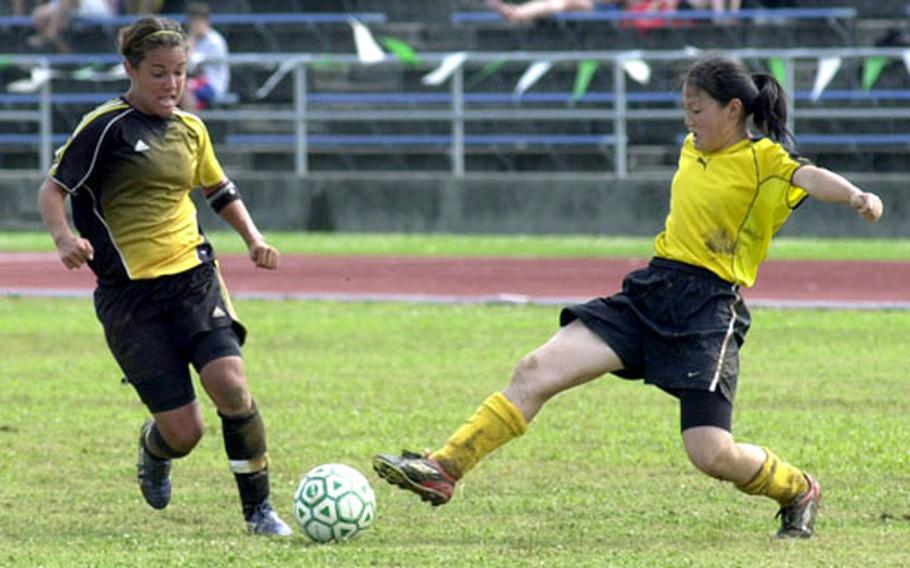 Kadena’s Dianne Abel, left, gets by an American School in Japan defender during the Far East Class AA championship game at Camp Foster on Friday. Abel scored on the play. (Fred Zimmerman / S&S) 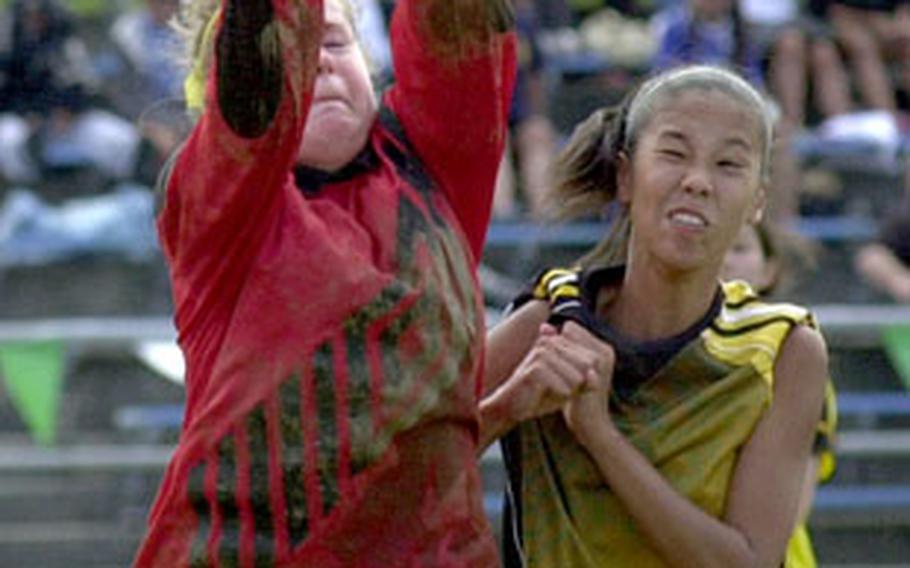 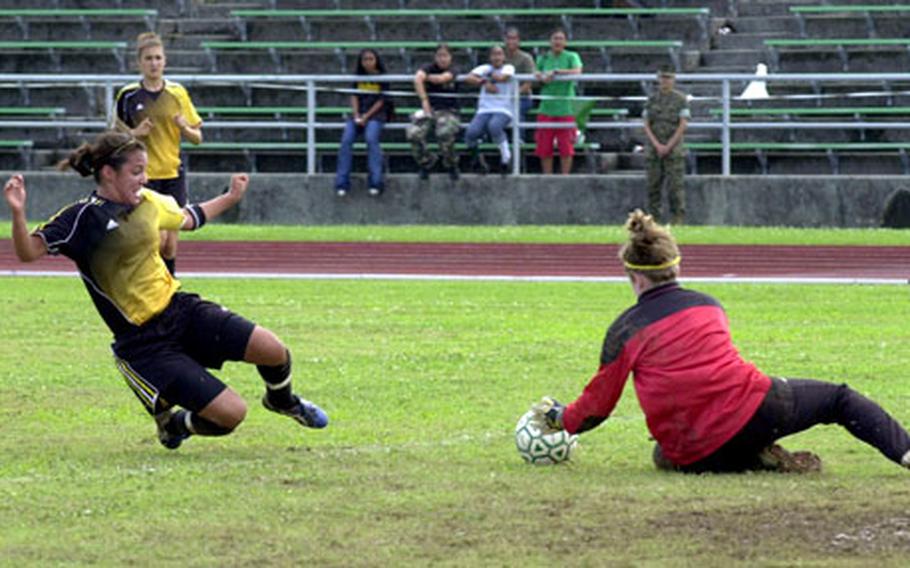 Dianne Abel shook off her pain to notch two goals, Jennifer Abel scored three times and the Panthers rallied from only their second deficit of the season to rout American School In Japan 8-1 in Friday&#8217;s championship in the rain at Kubasaki High School&#8217;s Mike Petty Stadium.

That was apparent after the Panthers fell behind 1-0 on the Mustangs&#8217; only goal of the match, by Morgan Bridgman in the sixth minute. It seemed to light a fire under Kadena. Jennifer Abel, Laura Kivi and Pattie Adkins scored in a seven-minute span and Kadena didn&#8217;t trail again. The Abel sisters then each added two more goals, and Alicia Larson also scored.

Only one other time this season had Kadena trailed in a match, when Kubasaki took a 1-0 lead before the Panthers rallied for a 6-2 victory over the Dragons on April 22.

Even after the three-goal eruption, and as the Panthers added tally after tally to extend the margin, the team wasn&#8217;t about to ease up.

As time wound down and the celebration began, the Panthers could begin taking stock of what the team accomplished this season:

They now own a record five Class AA championships since the tournament began in 1998 (1998, 2000, 2004, 2005, 2006). Only one team in any Far East tournament sport, Faith Academy girls basketball of Manila, has won four straight DODDS-Pacific-sponsored Far East Class AA tournament titles, 1997-2000.Jennifer Abel finished with 70 goals, surpassing the record of 66 set by her sister last season. Jennifer Abel enters her senior season next March with 109 for her career.Dianne Abel, who will play at Winthrop next fall, finished with 61 goals this season and a Pacific-record 178 for her career, which she crowned with her third straight Class AA MVP award.&#8220;Jen had an awesome tournament and an awesome year,&#8221; Dianne Abel said. Of the MVP award, she said her sister &#8220;has really grown as a player&#8221; this year. &#8220;She deserves it.&#8221;