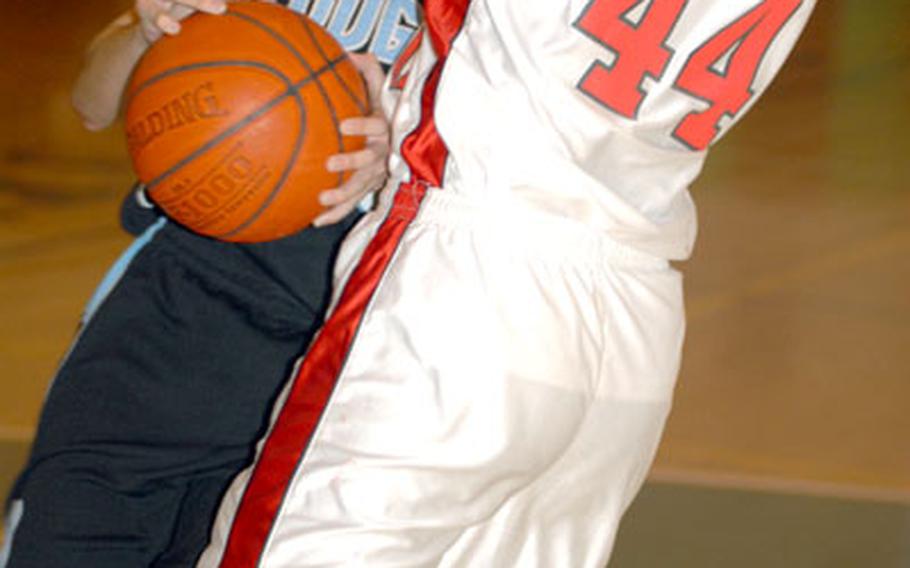 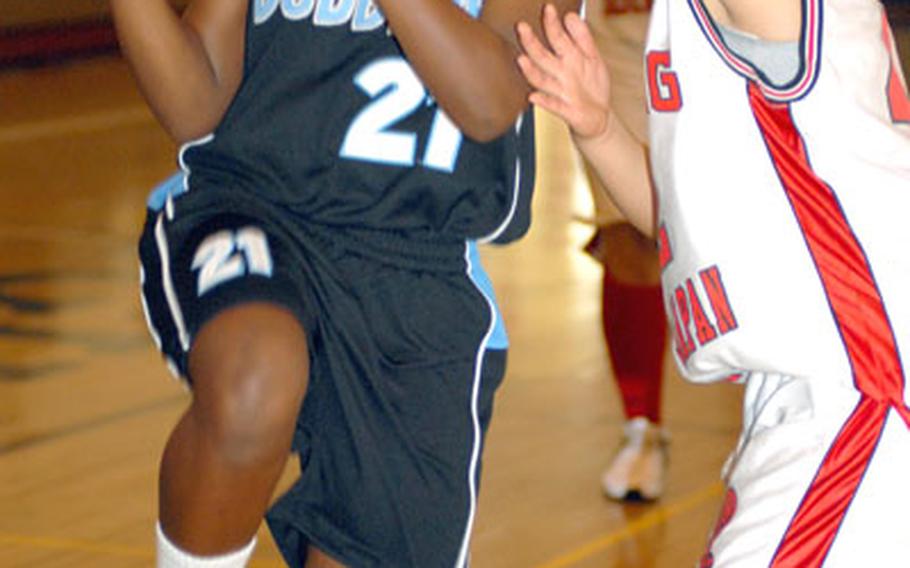 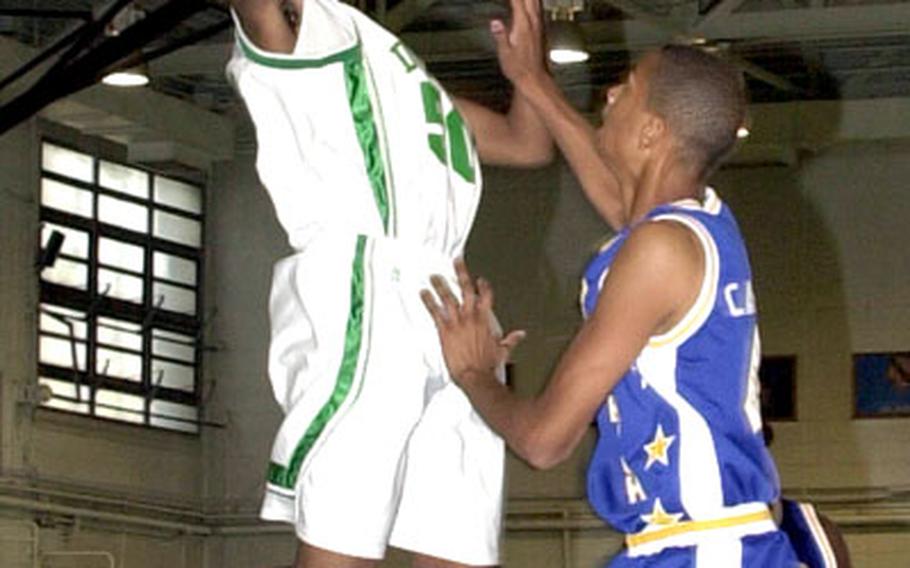 Right off the bat, E.J. King&#8217;s boys and girls basketball teams got a rude awakening as the 2007 DODDS-Pacific Far East High School Class A tournaments began on Monday.

E.J. King-Sacred Heart had been billed as a battle of Japan powers, the schools having gone a combined 41-1 entering the tournament, with the Cobras&#8217; only loss coming by one point.

&#8220;She did a great job of finishing, making strong moves to the basket, a lot of intensity and heart,&#8221; said Symbas coach Kurt Rose.

Strack helped the Symbas to a flying start, scoring six of the first eight points, totalling 11 points and nine rebounds by halftime. Sacred Heart went on to lead by up to 24 points, on Strack&#8217;s three-point play, making it 60-36 with 3:28 left. Strack finished with 15 points and 13 rebounds, two-time all-tournament guard Leyna Arbour had 21 points and Hannah Arbour 16.

Two-time all-tournament guard Kristia Suriben was held to four first-half points but came alive for 18 in the second, while Yudia Johnson totalled 12 for E.J. King.

At Iwakuni, Long scored 15 of his 26 points in the first half and the Vanguards made the outcome academic by outscoring the Cobras 24-8 in the third period.

Like Vertin, Schuettpelz said the timing of the defeat was fine, since it came in round-robin pool play; the elimination round doesn&#8217;t start until Wednesday.