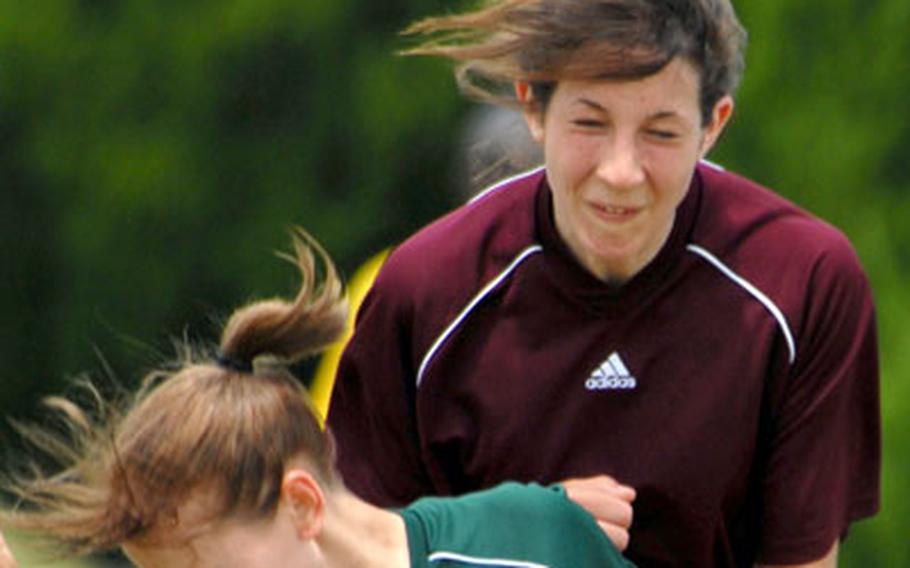 Sarah Bischof of the Matthew C. Perry Samurai and Sonja Chartier (9) of the Taegu American Warriors go up to head the ball during Wednesday&#39;s Class A championship match at Iwakuni. The Warriors edged the Samurai 2-1 in overtime, capturing the first title in school history. (Dave Ornauer / S&S)

Sarah Bischof of the Matthew C. Perry Samurai and Sonja Chartier (9) of the Taegu American Warriors go up to head the ball during Wednesday&#39;s Class A championship match at Iwakuni. The Warriors edged the Samurai 2-1 in overtime, capturing the first title in school history. (Dave Ornauer / S&S) 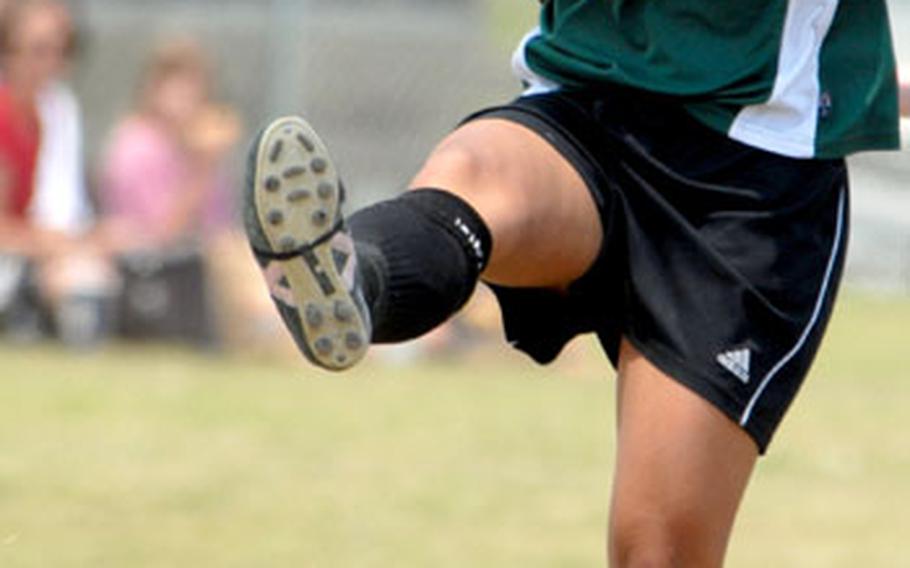 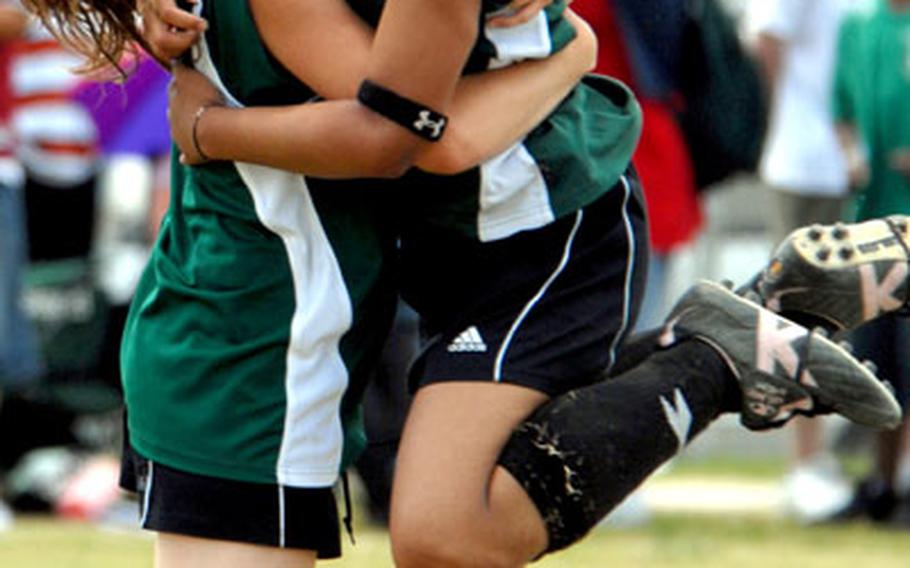 Senior striker Kat Nufable dashed halfway down the field and scored two minutes into overtime, rallying the Warriors from an early 1-0 deficit to beat host Matthew C. Perry 2-1 to capture the title in an epic championship match Wednesday at Iwakuni&#8217;s Penny Lake Field 1.

The Warriors won the 2005 Class A volleyball title and 2006 basketball title, and dedicated Wednesday&#8217;s tournament championship to the late Lynnette Grant, MVP of those tournaments. The former Taegu American athlete died in a car accident in Alabama last September.

One of the littlest players on the field, Nufable provided the finishing touch, both tying the game early in the second half, then finishing off the host Samurai early in the sudden-death session.

Nufable gathered the ball at midfield, then split a pair of Samurai defenders, breaking free with about half the field to go and Perry goalkeeper Kate &#8220;Berlin Wall&#8221; Cutshall standing in her way.

She did, rifling a right-footed shot that curled up and into the top corner at the far post, just out of Cutshall&#8217;s reach. That triggered a celebration at midfield as the Warriors were joined by players from the boys team, playing their own Class A tournament at Iwakuni.

With the wind at their backs, the Warriors pressed the action in the second half. In the 43rd minute, Vanessa Fernandez-Torres sent an arcing crossing pass from the left side that Nufable headed and bounced past Cutshall for the equalizer.

Perry wasted no time seizing the early advantage. Inspired by some 300 students and faculty &#8212; Perry administration dismissed school at 11:45 a.m. so they could attend the final &#8212; Samurai midfielder Karla Stroud gathered the ball in the area and buried it from 10 yards away. It was the only goal the Warriors allowed the entire tournament.

Taegu American began the season 0-4 but finished on a 12-3-1 tear. The Samurai (8-11-1) were trying to become the first girls Class A tournament champion in school history.