Leif Bogen of the E.J. King Cobras and Sieun Lee of the Indianhead International Wolverines battle for the ball during Wednesday&#39;s Boys Class A championship match at Iwakuni. The Cobras won the match 2-1 in a penalty-kick shootout, capturing the first title in school history. (Dave Ornauer / S&S)

Leif Bogen of the E.J. King Cobras and Sieun Lee of the Indianhead International Wolverines battle for the ball during Wednesday&#39;s Boys Class A championship match at Iwakuni. The Cobras won the match 2-1 in a penalty-kick shootout, capturing the first title in school history. (Dave Ornauer / S&S) 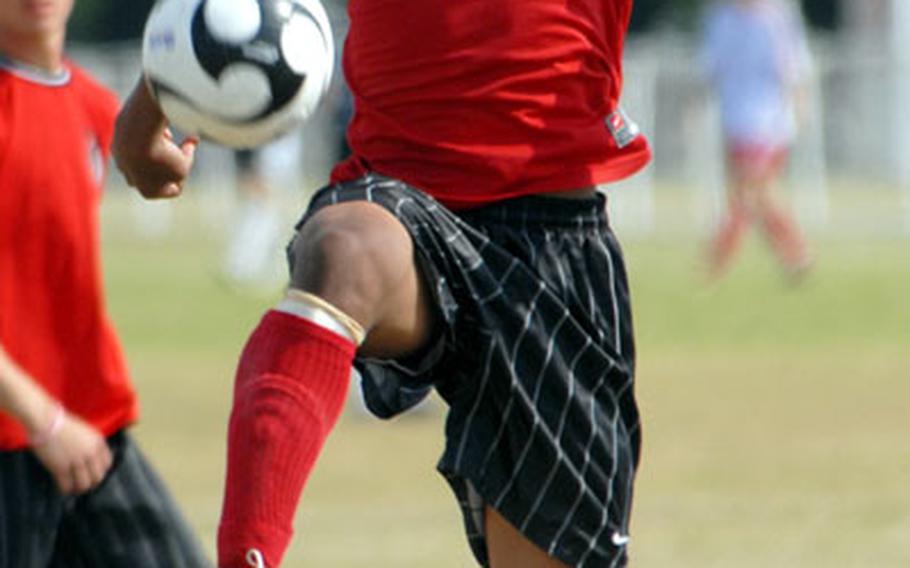 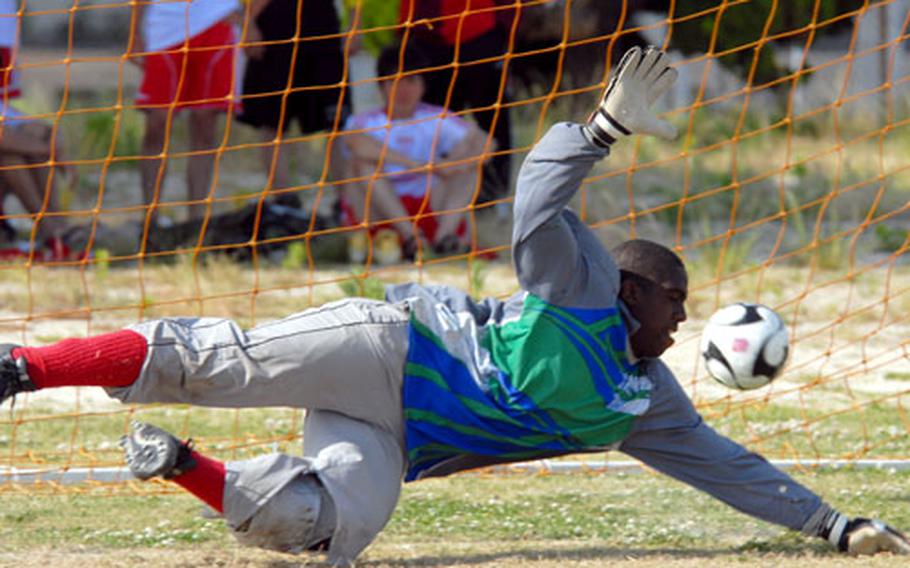 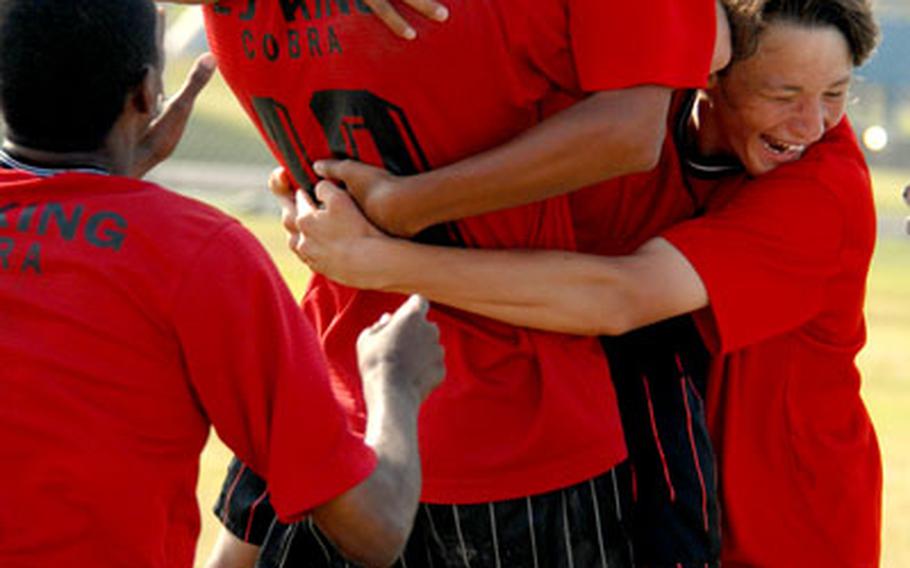 &#8220;I was scared out of my mind,&#8221; the senior striker said of the moments before he took the final try in a penalty-kick shootout with the Far East Boys Class A Soccer Tournament title on the line. &#8220;I had no thoughts. I was praying. Just make it. I could only hope.&#8221;

Slowly, Lopez approached the ball and buried the shot well to the left of diving goalkeeper Allen Kang, sparking a wild celebration at midfield as Lopez and his E.J. King teammates captured the first soccer tournament title in school history.

He praised the effort of a team that emphasized defense, citing the play of goalkeeper Demond Dean, who allowed just five goals in six matches, and the work of his assisant Oscar Ovalle.

Luck seemed to rest with the Cobras in the early going. Freshman left wing Casey Alexander sent a crossing pass that glanced off the hand of fullback Dong Il Lee and past Kang into the net for a 1-0 edge in the 11th minute.

But E.J. King was whistled for a pushing violation in the area, and Yee Kon Khim equalized the match with a penalty kick in the 32nd minute.

That proved to be the only chink in Dean&#8217;s armor. He turned back chance after chance the rest of the way through regulation and extra time, while Indianhead&#8217;s Kang was equal to the task.

Kang saved a try by E.J. King&#8217;s third shooter, Alexander, but she made good on a second chance when Kang was whistled for leaving the line too early. That set the stage for Lopez&#8217;s fifth-round heroics, and the victory celebration that followed.

For E.J. King fullback David Heitstuman, the victory matched his gold-medal effort at 135 pounds during the Far East wrestling tournament in February at Yokosuka Naval Base, Japan.