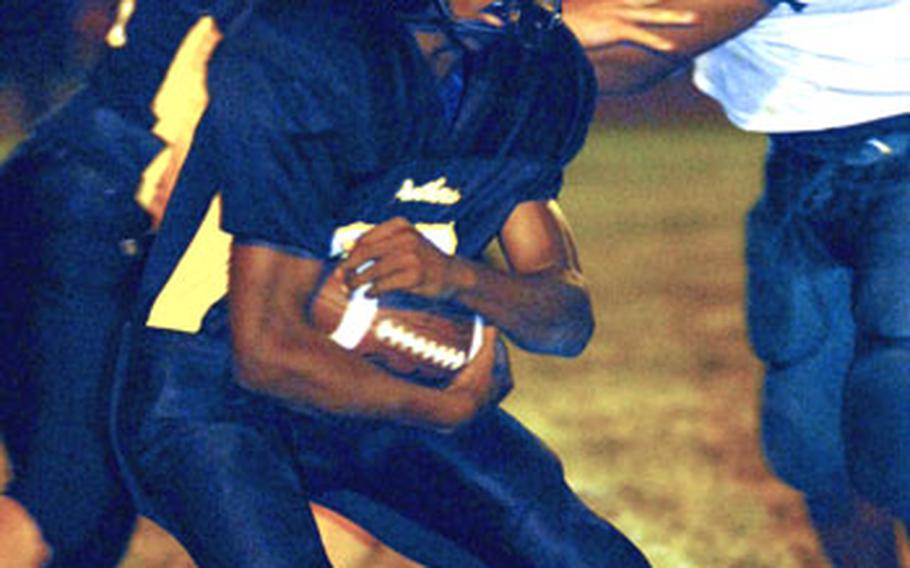 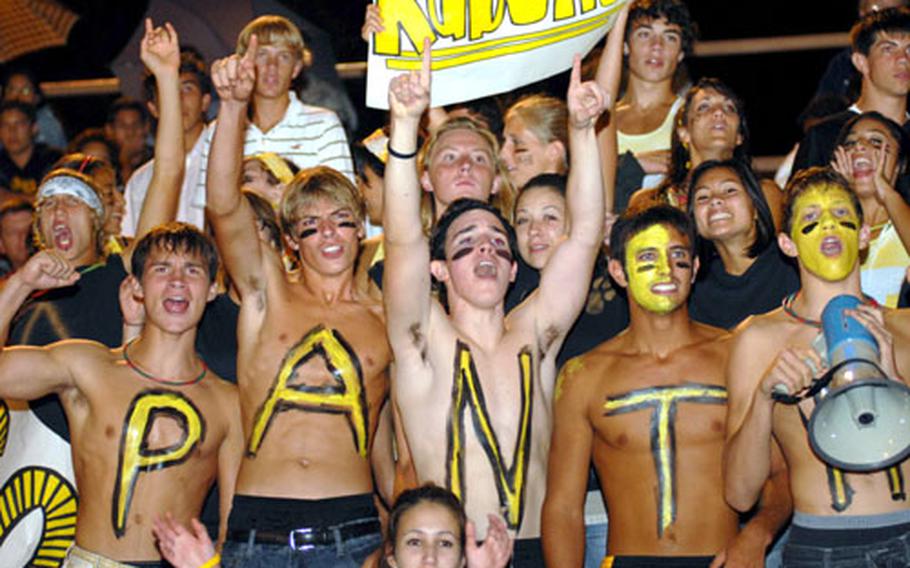 Kadena&#8217;s victory over Kubasaki last week played out like the Ernest Carr Show. In Friday&#8217;s Okinawa Activities Council series-clinching 41-6 victory over the Dragons, several Panthers got into the act.

Vince Coronado ran for two touchdowns; Carr, Brandon Harris and Roosevelt Payne each rushed for one and the Panthers held Kubasaki to 92 yards as Kadena took the OAC&#8217;s best-of-three series 2-0 and returned to the Far East Class AA playoffs.

Elsewhere, Yokota ran its Pacific-record regular-season winning streak to 47 games by beating Edgren 31-14 and Zama won a homecoming game for the first time since 2003.

Kadena 41, Kubasaki 6: In driving rain that soaked some 1,500 spectators at Kadena Air Base, Coronado ran for TDs of 14 and 5 yards, finishing with 82 yards on five carries.

Kadena quarterback Jon Wright scored on a sneak from 3 yards. Payne broke off a 54-yard TD run, caught a 62-yard pass and had two returns for 48 yards.

Yokota 31, Edgren 14: At Yokota Air Base, Anthony McNeill ran 31 times for 205 yards, scoring from 3 yards out late in the first half and running his Pacific-leading totals to 986 yards and 11 touchdowns on 152 carries for the Panthers (8-0).

Tony Presnell added 121 yards on 17 carries, running 14 yards for a score and catching a 20-yard TD strike from DeEric Harvin. Presnell has 692 yards and nine touchdowns on 78 carries. Harvin, who went 3-for-6 for 56 yards, also tossed a 28-yard scoring pass to Riki Byrnes.

Zach Latimore got the Eagles (4-3) on the board first with a 12-yard touchdown run in the first quarter. Edgren got within 28-14 on its first third-quarter possession; Andrew Blankenship ran 30 yards for a score and Latimore added a two-point conversion.

The junior running back shredded the Mustangs&#8217; defense for three touchdown runs and nearly 200 rushing yards. His 70-yard TD jaunt with 5:20 left capped the scoring and thrilled a throng of fans with unflagging spirits despite a game-long downpour.