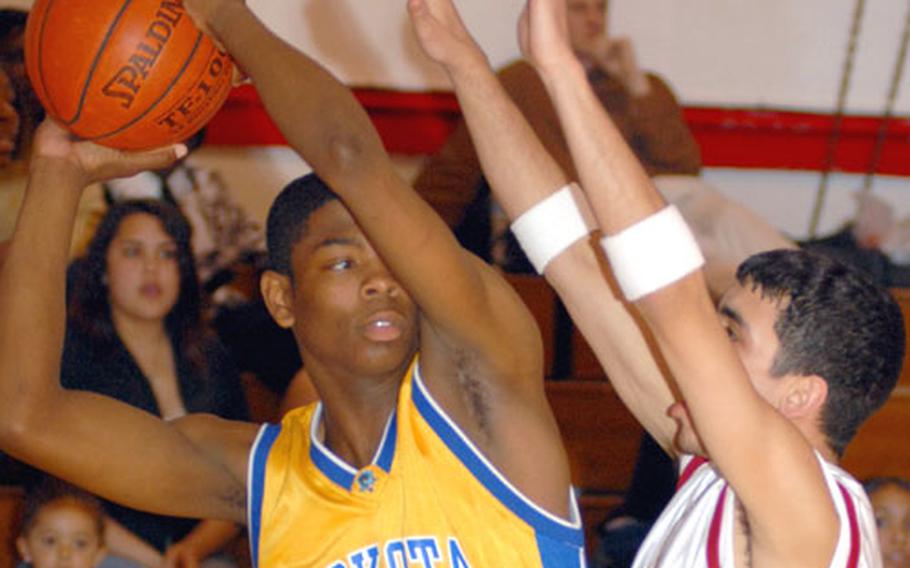 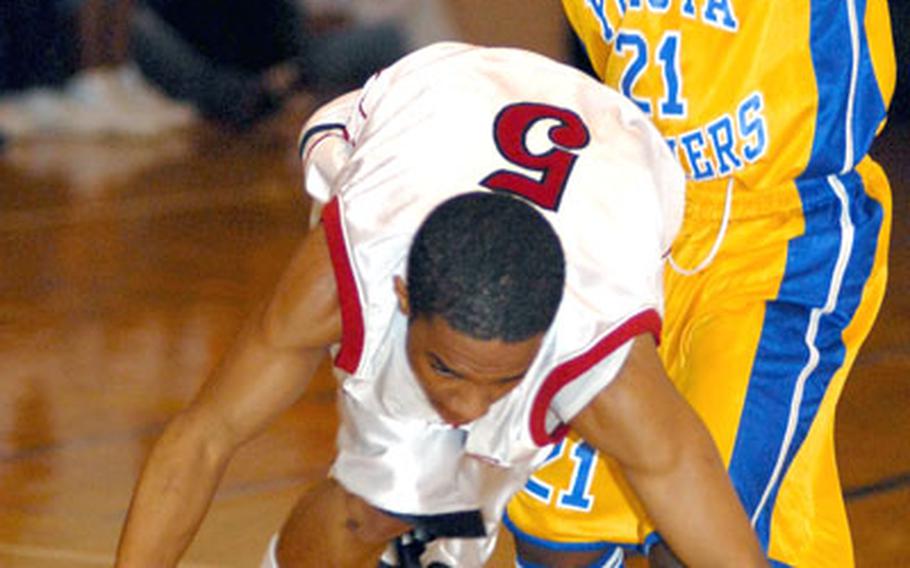 CAMP ZAMA, Japan &#8212; For the first time, the Zama American boys can call themselves champions of the DODDS-Japan Basketball League.

The Trojans (28-0) earned that distinction, plus their first Kanto Plain Association of Secondary Schools title in 13 seasons, by rolling to a 58-39 home victory Tuesday over last year&#8217;s JBL, Kanto and Class AA champion, Yokota.

&#8220;Unbelievable,&#8221; senior guard Wilberto Badillo said, adding that while the returning Trojans knew they would do well this year, &#8220;you never expect an unbeaten season. You only do what you know you can do.&#8221;

Badillo scored 15 points and center Carlos Walter added 14, but it was the rebounding of senior Ben Bishop that played one of the biggest parts Tuesday, coach Tom Allensworth said.

Bishop spent the fall playing quarterback in Logan, Utah, but decided to come back to Zama for basketball season.

Zama led from the start, scoring the first seven points. Yokota got as close as 10-7, but the Trojans blew it open with three straight three-pointers in the second quarter. Zama outscored Yokota 25-13 in the period.

Zama&#8217;s defense took over in the third quarter, holding Yokota without a point until three seconds remained. The Trojans took their biggest lead, 54-26, with 6:15 left on Walter&#8217;s rebound shot in the lane.

&#8220;We missed some shots, they would come downcourt and hit a three, we missed some opportunities,&#8221; Yokota coach Paul Ettl said. &#8220;They (Zama) will definitely be a contender and probably a favorite&#8221; to win next week&#8217;s Class AA tournament at Seoul American.

The Panthers wrapped up the sweep by downing the Dragons 102-88 on Tuesday at the Panther Pit, going up by 26 points in the second quarter before Kubasaki cut it to 13 on outside shooting by Michael Bennett and Quinton Mason.