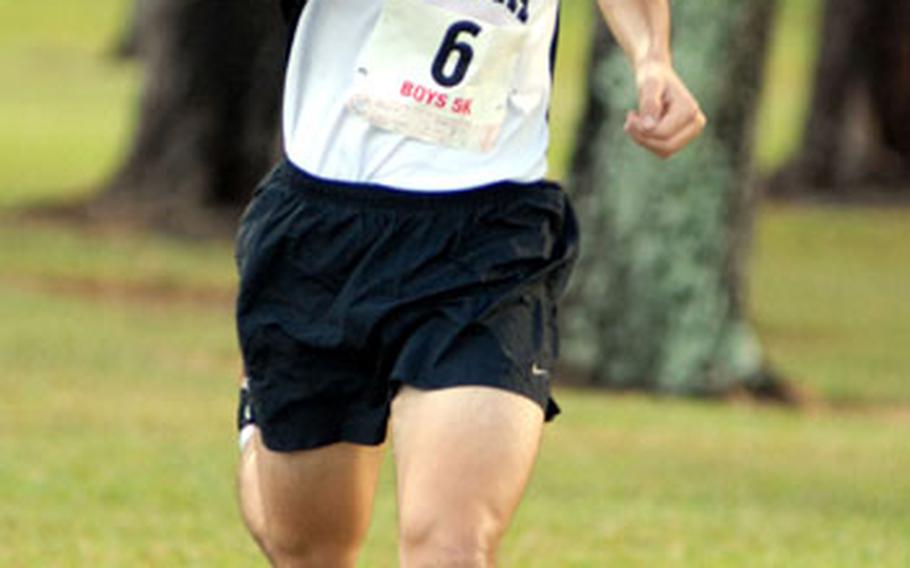 Given his Florida pedigree and the way he exploded onto the track scene last spring, Zama American junior Andrew Quallio&#8217;s Far East cross country performance last month was to be expected.

Not so the Osan American girls volleyball team. Young, inexperienced and given little chance against the dominant Far East Class A international powers of recent years, junior Celine Baldevia and the Cougars shocked the field by winning their first title since 2001.

For their efforts, Quallio and Baldevia were selected Stars and Stripes Athletes of the Quarter for the Pacific&#8217;s fall sports season.

Quallio went unbeaten this season, becoming the first DODDS runner to win a Kanto Plain Association of Secondary Schools championship since 1997. He ran the fastest time of the season in the region, 15:09 at Iwakuni, Japan, and won the first Far East gold medal in Zama history.

&#8220;When the races are over a mile, he simply dominates the field,&#8221; Zama coach Mitch Moellendick said of Quallio, who transferred last spring from Florida, where he finished ninth in the 2006 4A championship.

He set school records in the mile and 2-mile, setting the stage for his dominating fall season, capped by the Far East gold medal won on Nov. 5 at Kadena Air Base, Okinawa, in 16:44, nearly a minute faster than runner-up Brant Casteel (17:43) of Kadena.

&#8220;Celine makes everyone feel important, to the team and to her,&#8221; junior teammate Shayna Heron said. &#8220;Celine is a great athlete who works hard and encourages everyone to try their hardest.&#8221;

The rest of Stars and Stripes&#8217; fall sports season awards:

&#182; Coach of the Quarter: Robert D. Edgren football coach Chris Waite continues to build a powerhouse. The Eagles have won eight of their last 11 games and two straight Class A titles, and they nearly ended Yokota&#8217;s Pacific-record regular-season winning streak.

&#182; Most Improved Teams: Daegu American football went from four straight winless seasons to a Class A title game berth. Nile C. Kinnick girls volleyball went from sub-.500 in 2006 to a 14-8 overall mark and a fourth-place Kanto finish, its highest since 1996.

&#182; Football players of the quarter: Ernest Carr of Kadena had only 592 yards on 66 carries, but that was in just four games. Over 10 games, that would have equated to 1,480 yards. Yokota senior Anthony McNeill leaves with school records of 3,511 yards and 39 TDs on 486 carries.

&#182; Streak of the quarter: Yokota football extended its Pacific-record regular-season winning streak to 48.

&#182; Plays of the quarter: Junior cornerback Johnell Alexander returned an interception for a touchdown and set up a second TD with another pickoff to lift Edgren to its second straight Class A football title 27-6 at Daegu American.

x-automatically nominated for earning individual championship or Most Valuable Player honors in a Far East tournament.