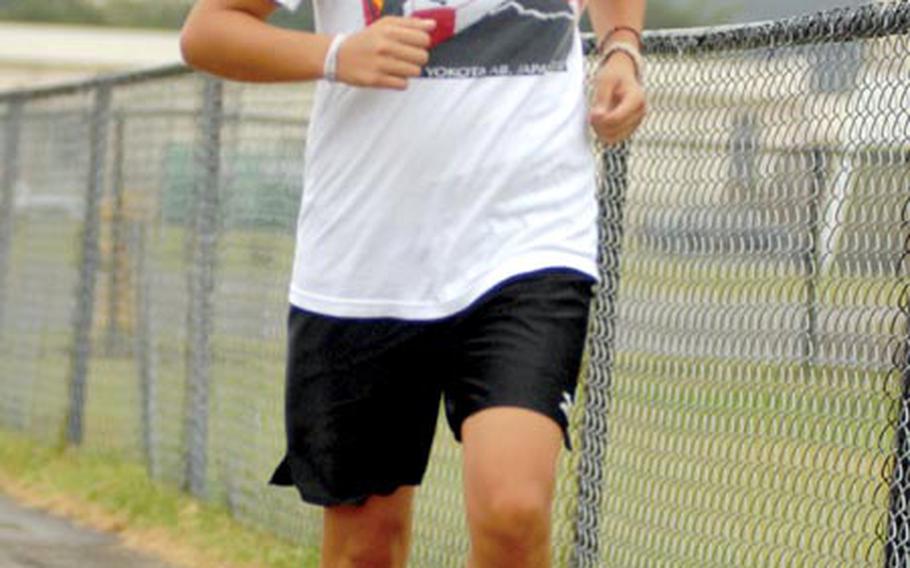 2006 Far East High School Cross Country Meet 3.1-mile individual girls race champion Nadine Mulvany, is a senior at Nile C. Kinnick in Japan. After a down 2007, she feels she&#39;s ready to make a drive to reclimb the mountaintop and coach Philip Bailey says she has the motivation to do it. (Dave Ornauer / S&S)

2006 Far East High School Cross Country Meet 3.1-mile individual girls race champion Nadine Mulvany, is a senior at Nile C. Kinnick in Japan. After a down 2007, she feels she&#39;s ready to make a drive to reclimb the mountaintop and coach Philip Bailey says she has the motivation to do it. (Dave Ornauer / S&S) 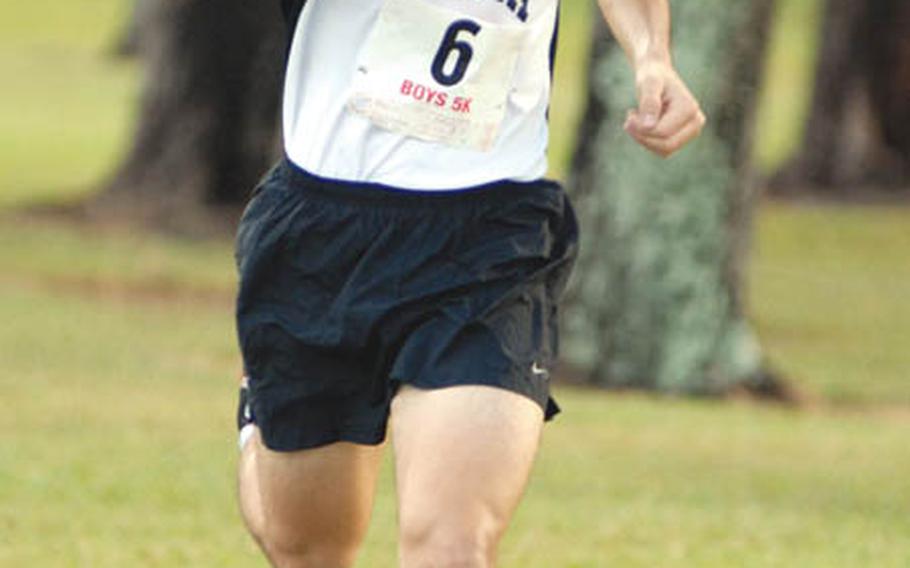 Then, Cordova ran to the outside of a course border cone, had to retrace her steps and was ultimately nosed out for the girls gold medal by Jorde.

"I know what I did wrong. It won&#8217;t happen again," Cordova said Wednesday, five days before her shot at redemption at Misawa Air Base&#8217;s Gosser Memorial Golf Course in northern Japan.

She may have her hands full as she attempts to hurdle that last step to the gold-medal podium during the two-day Far East meet.

Kinnick&#8217;s Nadine Mulvany, the 2006 champion, headlines a girls field that also includes a strong Seoul American cadre of Pam Code, Allie McCormick and Dorothy Krebill in what might be the deepest Far East meet ever.

Eight boys and 10 girls who finished in the top 20 last year return to chase more honors.

"Andrew is in a league of his own," Kadena coach Tom McKinney said of Quallio, twice the Kanto Plain Association of Secondary Schools and DODDS-Japan champion.

Quallio&#8217;s status, it could be argued, leaves him fitted with a bull&#8217;s-eye on back and chest. But Quallio says he welcomes the pressure.

"People are targeting me. They want to get after me. It definitely presents a challenge," Quallio said. "(But) if they win, they&#8217;re going to have to earn it."

After a sub-par 2007 season and a third-place Far East finish, Mulvany appears to be back on track. "If she is back, she knows what it takes to win a championship," McKinney said.

Then there&#8217;s the issue of team championships. While Mulvany is viewed as one of the girls&#8217; runners to beat, Kinnick&#8217;s boys, led by top-20 finishers Will Trauffler and David Krievs, could earn their second team title in three years.

Kadena has won the last two overall title banners, but McKinney knows he&#8217;ll be challenged by Seoul American, which ran the Korean-American Interscholastic Activities Conference table for the first time ever.

"It could come down to us and Seoul for the whole package," he said.