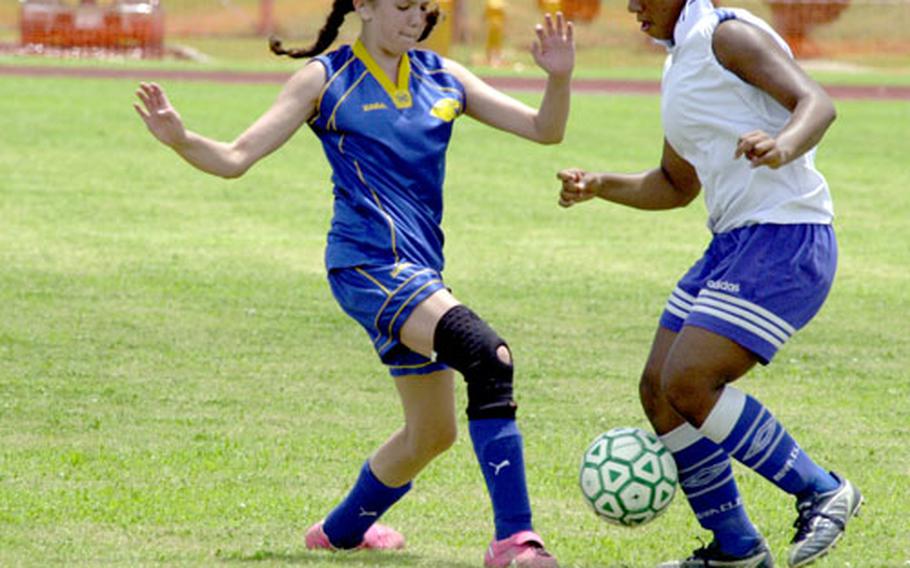 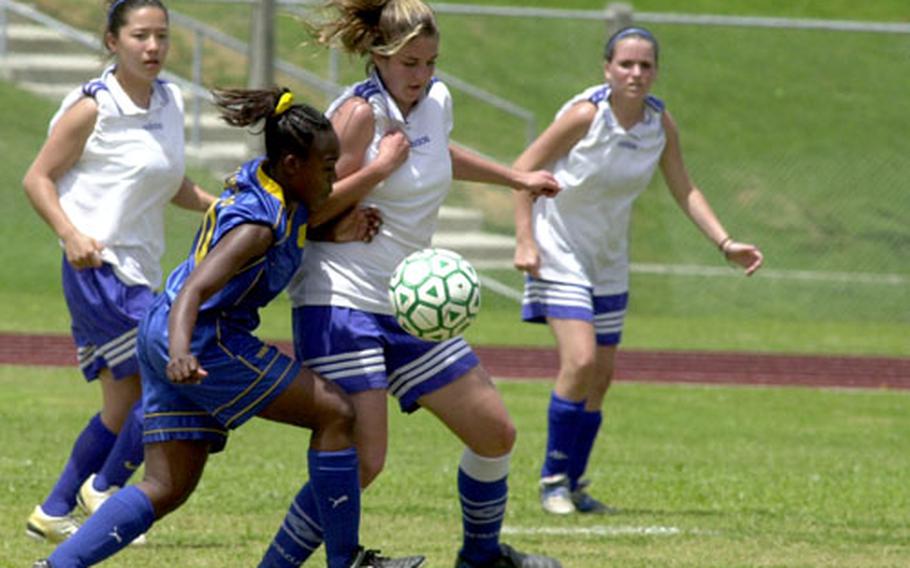 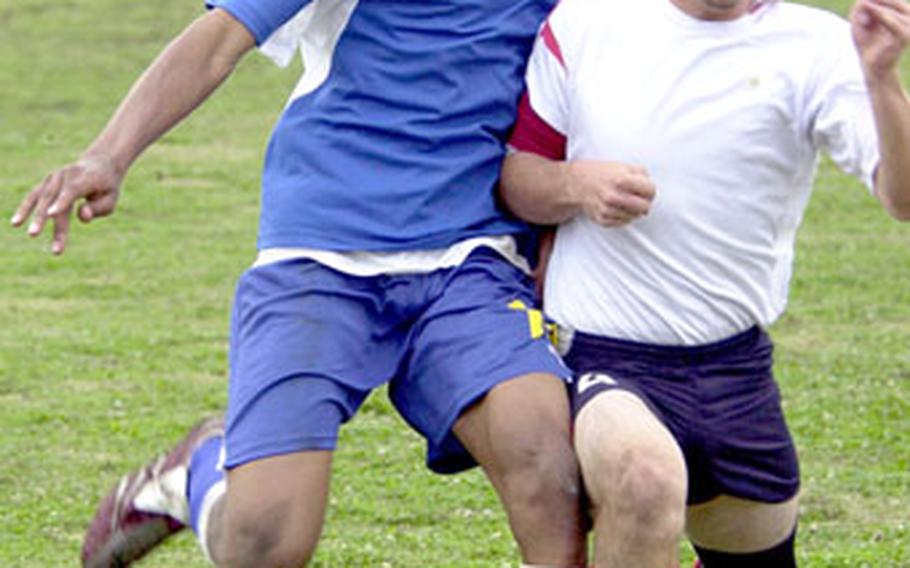 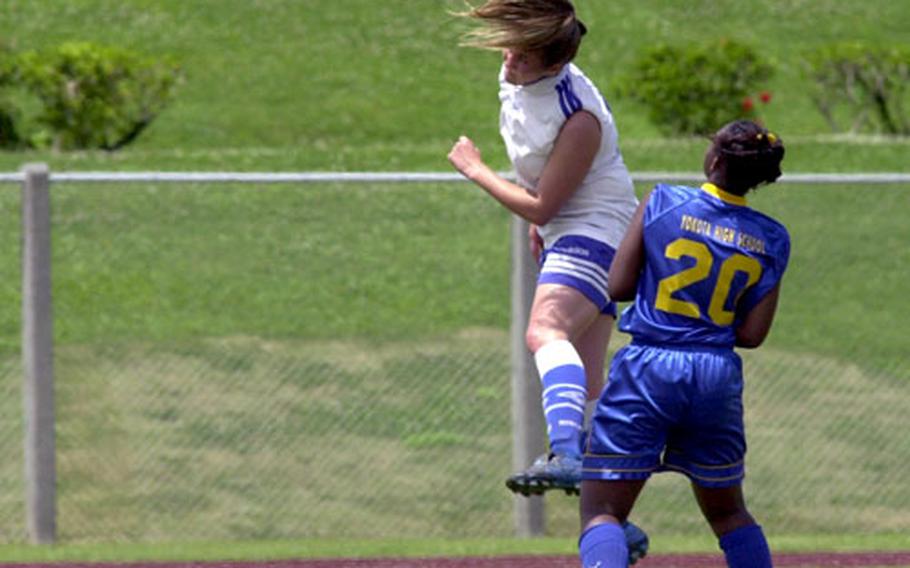 A second Abel has become the fourth player to reach the goal-scoring century mark in the past two seasons.

Jennifer said reaching the 100-goal barrier surprised her because she was thinking more of helping Kadena to a Class AA title three-peat.

While Kadena finished round-robin play 4-0 and took a top seed and first-round bye into the single-elimination playoffs Wednesday, Jennifer &#8212; in a race to beat her sister&#8217;s Pacific single-season mark &#8212; ended Tuesday with 61 goals. Dianne&#8217;s total is 53.

Coach Hoa Nguyen predicted that no matter how many goals Dianne scores in her career, Jennifer &#8220;is going to break it. She&#8217;s a defensive player and she knows how defenders think and that&#8217;s what makes her dangerous.&#8221;

After a pedestrian 5-6-3 regular season, Yokota lost its opening pool-play match on Monday, then closed the round-robin phase with four straight victories, including a 1-0 shocker over Japan Soccer League champion Nile C. Kinnick, which beat the Panthers twice during the season. Yokota also edged Seoul American 2-1 and topped Guam High 3-1.

Tuesday continued a trend of the Panthers&#8217; enduring a mediocre regular season, only to turn it on at Far East, where they&#8217;ve finished fifth the past two years.

Missed penalty kicks costly for Falcons boysPerhaps no soccer play is as almost as sure as the penalty kick &#8230; unless the shooter misses it.

Ask Seoul American senior Allen Chin. Successful on his first 10 attempts this season, he shanked one attempt in the first half, then had another stopped by Yokota goalkeeper Jim Scott.

Though the Falcons rallied to tie Yokota 2-2, Chin could have boosted Seoul American&#8217;s chances of getting a higher playoff seed.

What does a coach tell a player after a missed penalty kick?

Said Kinnick girls assistant coach Go Yamada after Red Devils senior Lisa Murray clanked one off the crossbar in Kinnick&#8217;s loss to Yokota: &#8220;You tell them to shake it off and go on with the game. Nothing you can do.&#8221;

Kadena&#8217;s boys exact revenge on CAJIt took 361 days, it wasn&#8217;t in the tournament championship game, and foul weather forced the match to be truncated in the second half but Kadena&#8217;s boys finally beat defending Boys Class AA champion Christian Academy In Japan &#8212; a victory they&#8217;d discussed since the start of the school year.

Nathan LaGrave assisted on two goals and scored one himself as the Panthers blanked the Knights 3-0, avenging the 2-1 double-overtime title-match defeat last year.

Rain shortens Class AA boys playFor the second time in three years, rain forced Boys Class AA matches to be postponed or truncated and changes made to the pool-play and single-elimination playoff schedule.

Two round-robin matches were pushed to Wednesday, delaying the playoff matchups because some of the seeds weren&#8217;t determined.

Four of the 10 seeds remained to be decided by Wednesday&#8217;s pool-play games. The first playoff matches also were pushed back two hours.

Weather forecasts called for rain Wednesday evening, clouds on Thursday and rain again on Friday, day of the championship.