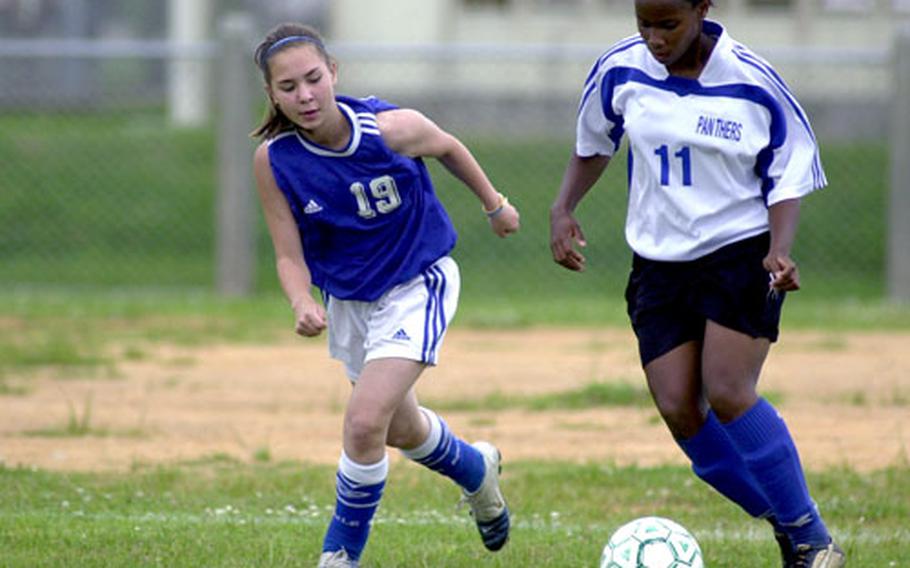 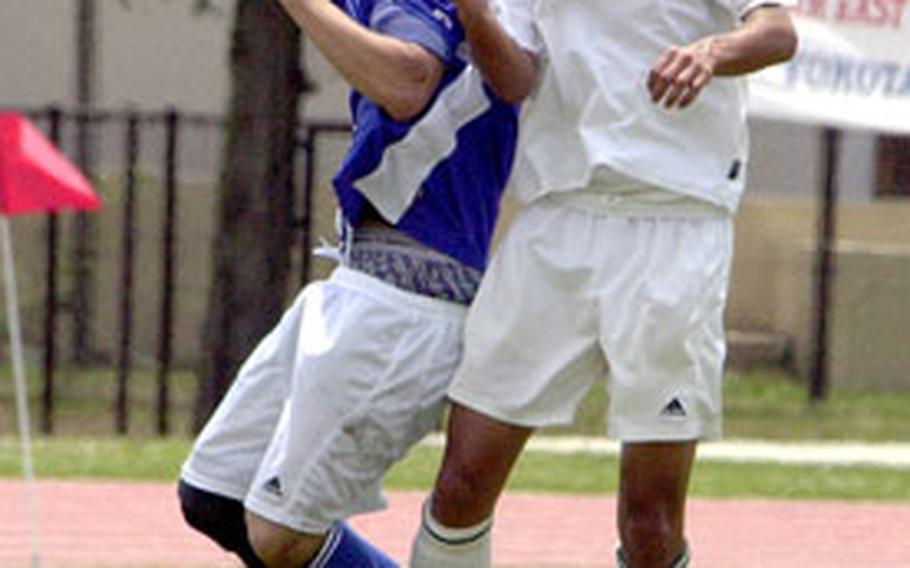 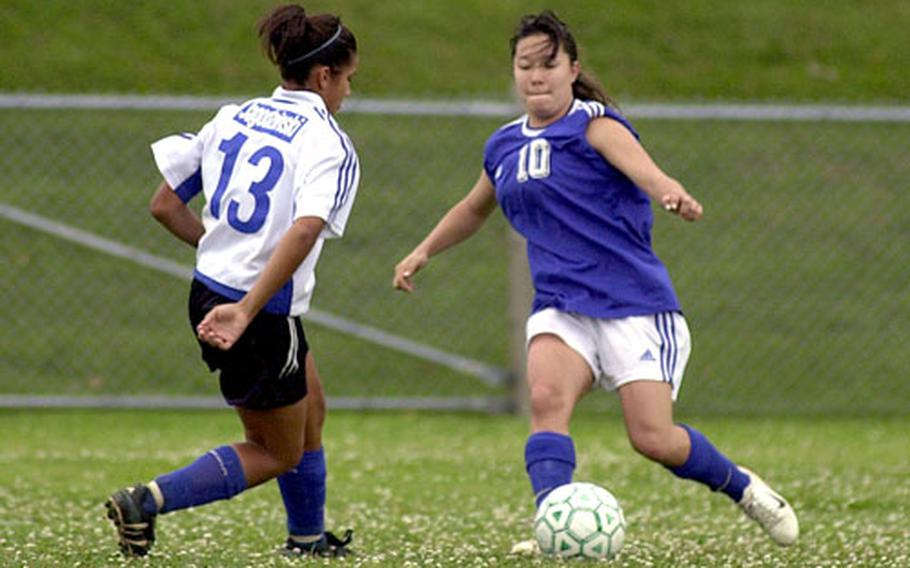 Meanwhile, Yokota&#8217;s boys started the Class AA tournament in a manner befitting their 15-3-1 record, as the Panthers mauled Zama American 6-0. But along came Kubasaki, which buckled down defensively and blanked Yokota 4-0.

As the Red Devils couldn&#8217;t cash in on what scoring chances they had, neither could the Panthers&#8217; boys. In the first half against Kubasaki, they mounted rush after rush but couldn&#8217;t find the net before the Dragons settled the issue with three second-half goals.

Yokota&#8217;s and Kinnick&#8217;s comeuppances meant little in the grand scheme of things, since they occurred during the two-day round-robin phase of the tournaments. Following pool play, the teams will be seeded according to their records into the single-elimination playoffs, which start Wednesday and conclude with Friday&#8217;s championship matches.

For every team in each tournament, Monday and Tuesday served as a &#8220;feeling out process,&#8221; as Kubasaki boys coach Chris Kelly called it. For the most part, teams played teams they&#8217;d not seen during the regular season, so scouting and learning opponents&#8217; tendencies became the order of the two days.

Coaches try to discourage their players from judging teams on their win-loss record or reputation.

While the JSL champions took their lumps, one of the &#8220;usual suspects,&#8221; two-time defending girls Class AA champion Kadena, looked as if it hadn&#8217;t lost a step, winning twice by a combined 18-1 count, including a 7-0 shutout of perennial power American School In Japan.

Of the notion of facing unfamiliar teams, Abel said the Panthers were nervous in the pre-game huddle, &#8220;but we likened it to playing a Japanese team. We never know what they&#8217;re like. So we just relax and play like we know how.&#8221;

On the other side of the coin, one team not expected to do well, Guam High&#8217;s boys, who placed a school-best seventh last year, emerged as an early surprise, edging Zama American 2-1 in addition to tying Seoul American.

The Panthers entered Far East with a major disadvantage, since their regular season concludes in December. And their players are mindful of their past reputation as an &#8220;automatic W&#8221; for their opponent.

Both boys and girls fields seemed &#8220;wide open,&#8221; in Hindie&#8217;s and other coaches&#8217; words, after one day of play. Hindie singled out Kadena, Seoul American, ASIJ, Kubasaki and his own Red Devils, despite their Monday performance, as teams to watch for.