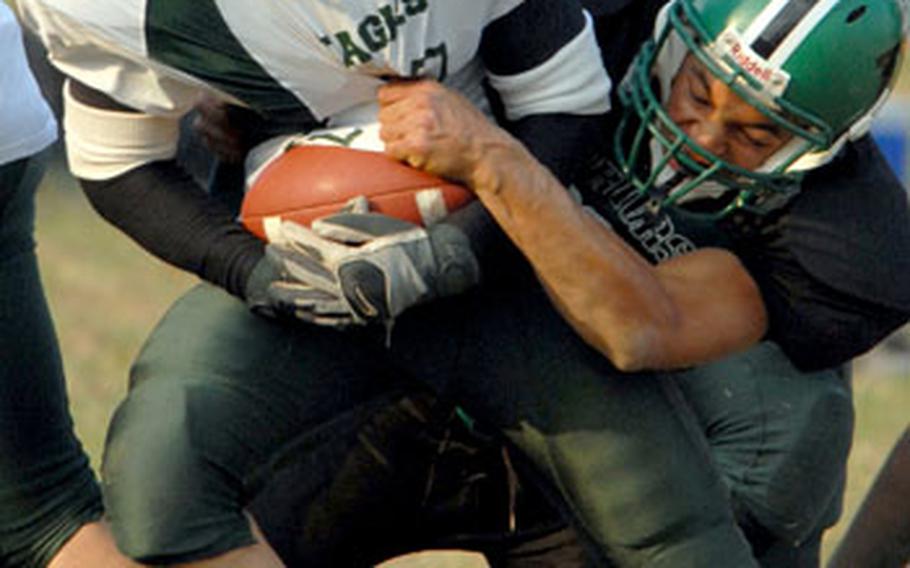 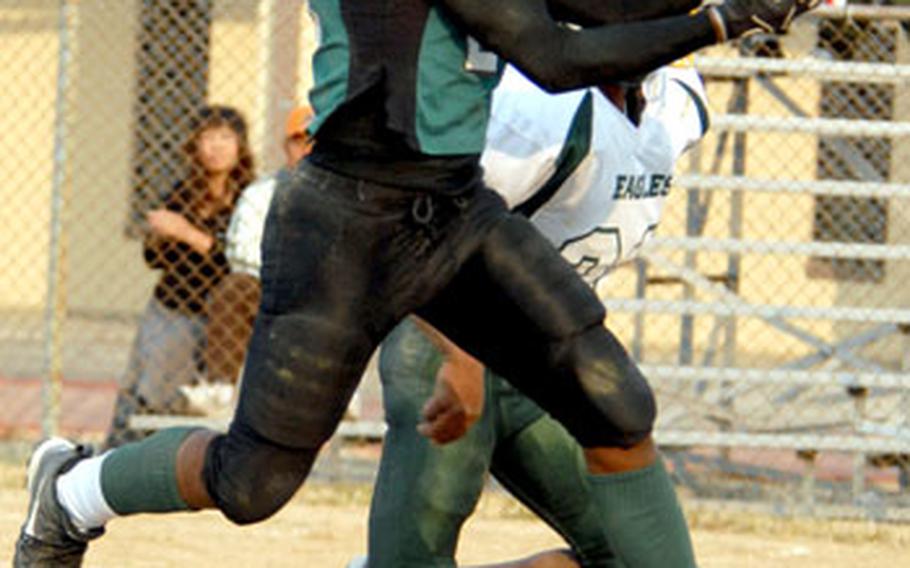 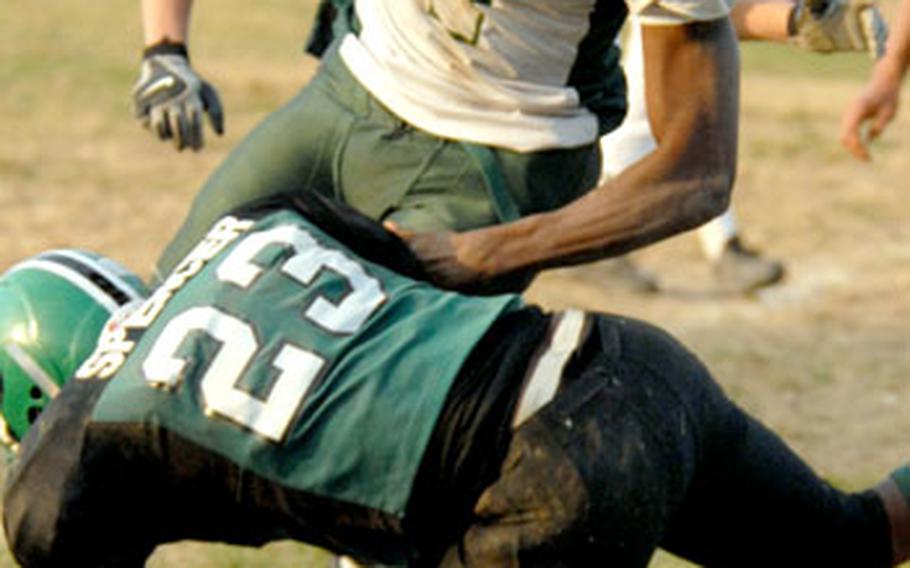 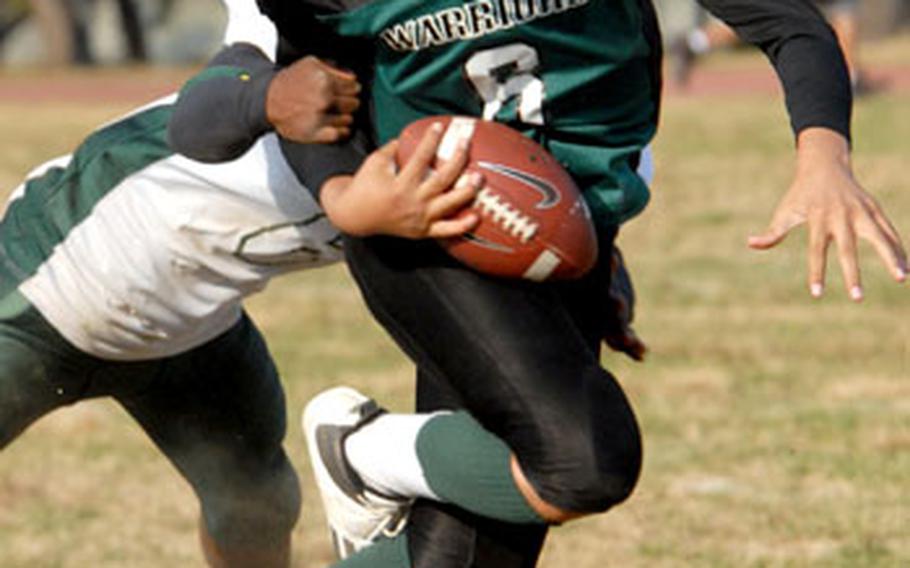 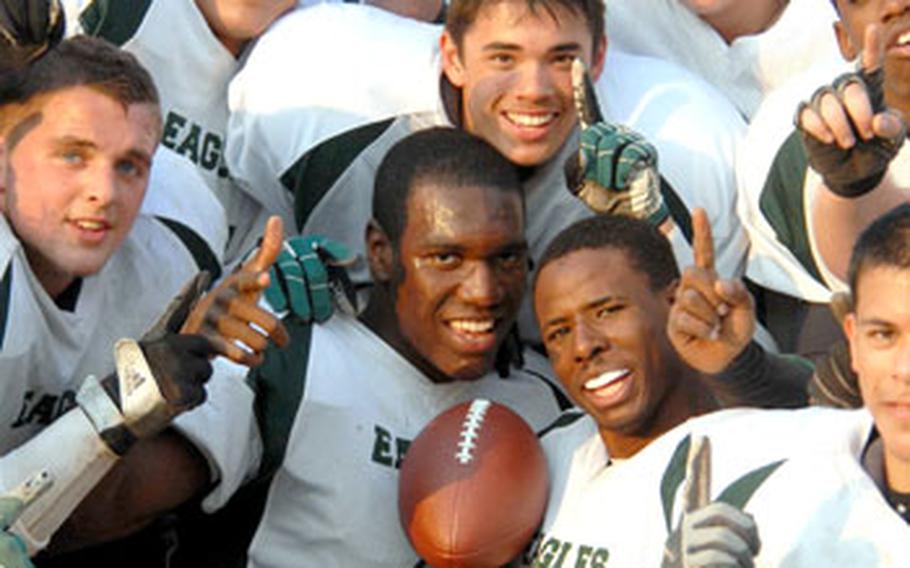 (See game summary and statistics on the scoreboard page.)

Alexander, a junior cornerback, returned an interception for a touchdown and set up a TD with another interception Saturday to spark the Eagles to a 27-6 victory over Taegu American and their second consecutive Far East Class A football title.

&#8220;He&#8217;s an excellent athlete,&#8221; coach Chris Waite said of Alexander, who was used primarily as a punt returner this season but is being groomed to play quarterback next year.

Edgren (5-3) became the first visiting team to win the Class A title in the Far East playoffs&#8217; three-year history. The host Warriors (3-3) were appearing in their first Class A title game.

While the Eagles played virtually mistake-free football, with no turnovers and only two penalties, the Warriors had the two passes intercepted, lost a special-teams fumble and committed seven penalties for 60 yards. One wiped out a second-half touchdown.

It stayed that way until 4:07 remained before halftime, when &#8220;Fantastic Four&#8221; senior fullback Andrew Blankenship dashed 65 yards for a touchdown.

Taegu finally answered on the first drive of the second half, going 63 yards on 10 plays in 5:12 with senior Antonio Harris carrying 3 yards to paydirt. But it was as close as the Warriors would get, as Edgren went into prevent mode the rest of the way.

Harris paced Taegu with 93 yards rushing on 14 carries. Angel Hickman ran 14 times for 81 yards and had five returns for 102 yards.