Failure made Hernandez a champion 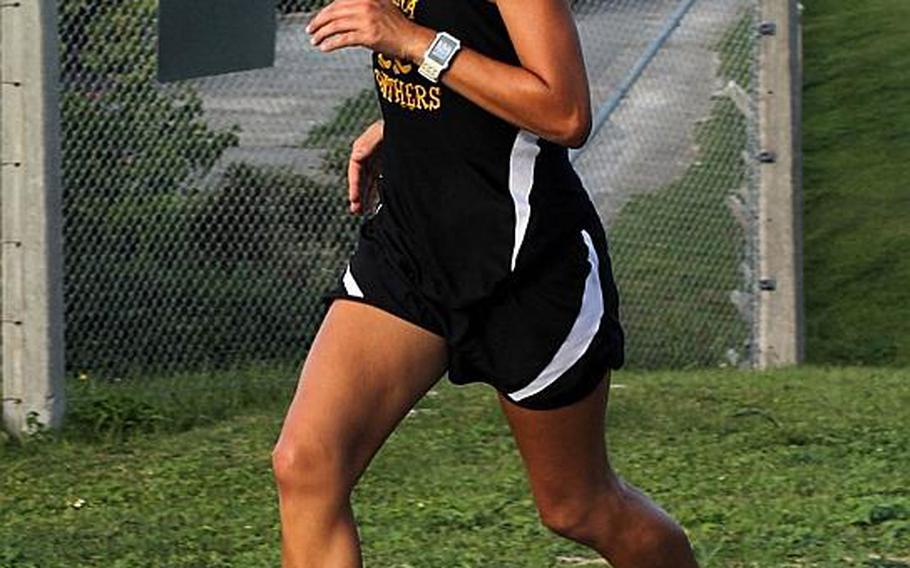 KADENA AIR BASE, Okinawa – What would Ana Hernandez have said if she’d been told as a sophomore, when she suffered from injuries and growing pains, that she would win the Far East High School Cross-Country Meet not just once, but twice, as a junior and senior?

“I probably would not have believed it,” the Kadena senior said after capping a comeback from sophomore misery to championship joy, winning the island and Far East meet titles twice each and helping the Panthers capture an unprecedented sweep of all events at Far East this month.

She won the island championship a week later, running 19:46 at Kadena’s Jack’s Place course. Kadena won all but the last two regular-season meets before prevailing in the island finals.

On Nov. 4 in the rain at Camp Fuji, Hernandez didn’t come close to those times, but had enough to repeat her Far East girls title in 21:09.4, 11 seconds faster than teammate Wren Renquist.

The next day at Naval Air Facility Atsugi, Kadena accomplished something no other school ever has – placing all four of its pairs in first, second, third and fourth place in the team relay.

“We really worked for it,” Hernandez said. “The work we put in this season really showed at Far East. That’s what we trained for all season, to be champions.”

It’s a far cry from where she stood in the 2011 season, when she said she felt like she was spinning her wheels.

After finishing sixth in the Far East meet as a freshman in 2010 at Tama Hills Recreation Center, Hernandez was left off the Far East travel team for the 2011 meet. That act sparked her to life and she became a changed runner, she said.

“I was able to experience rejection and failure and that motivated me and pushed me to get where I’m at today,” she said.

Where she is today, Hernandez said, is doubly gratifying from an individual and team standpoint.

“Individual, it’s for yourself; if you win individually, you know that you’ve done something great for yourself,” she said. “If you do it as a team, you become family and you experience that together.”