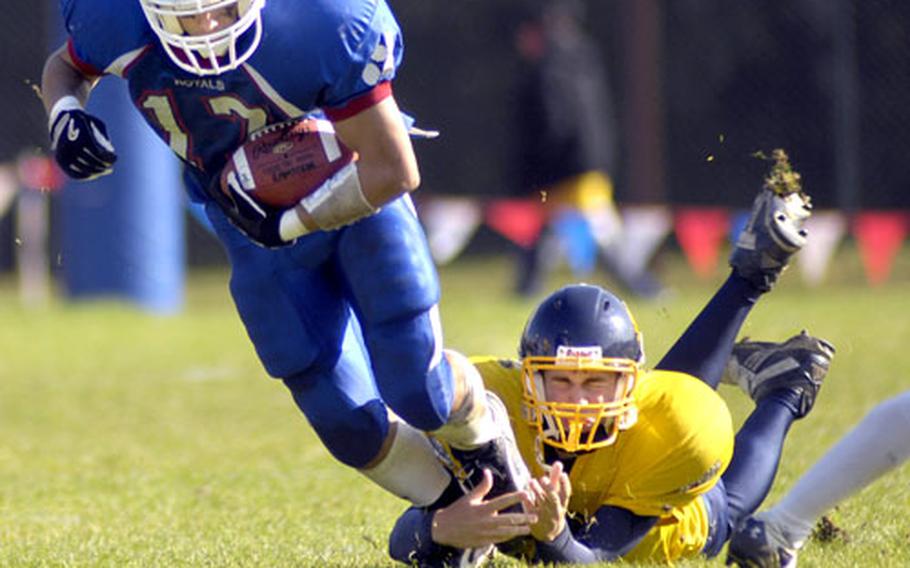 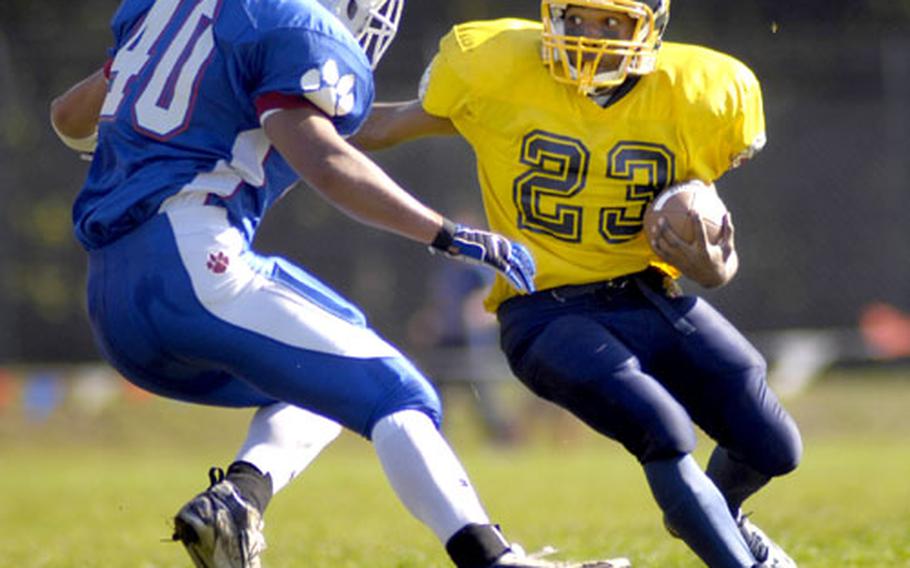 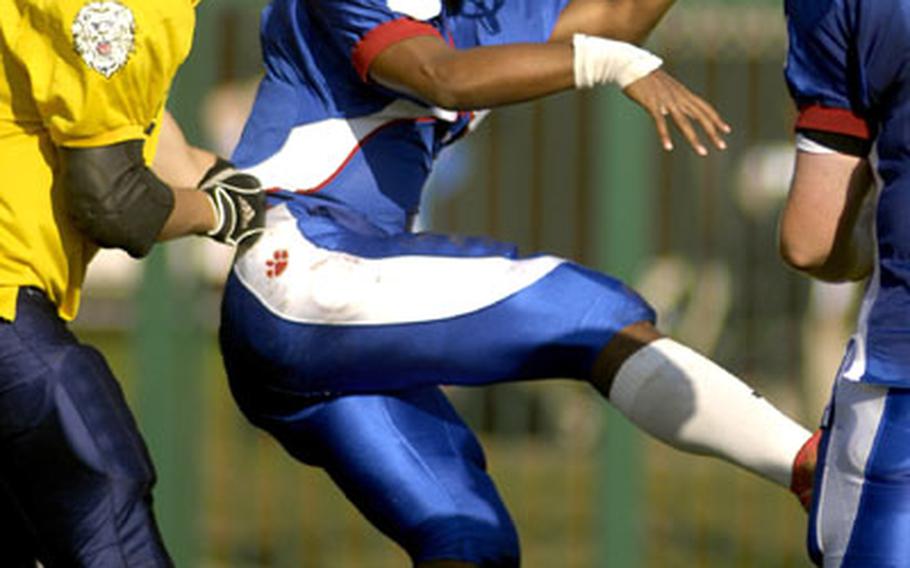 Ramstein quarterback Jackson Knox throws a desperation pass from his own end zone to an ineligible receiver before getting slammed to the ground Saturday at Ramstein. The play, which came late in the fourth, resulted in a safety. (Ben Bloker / S&S) 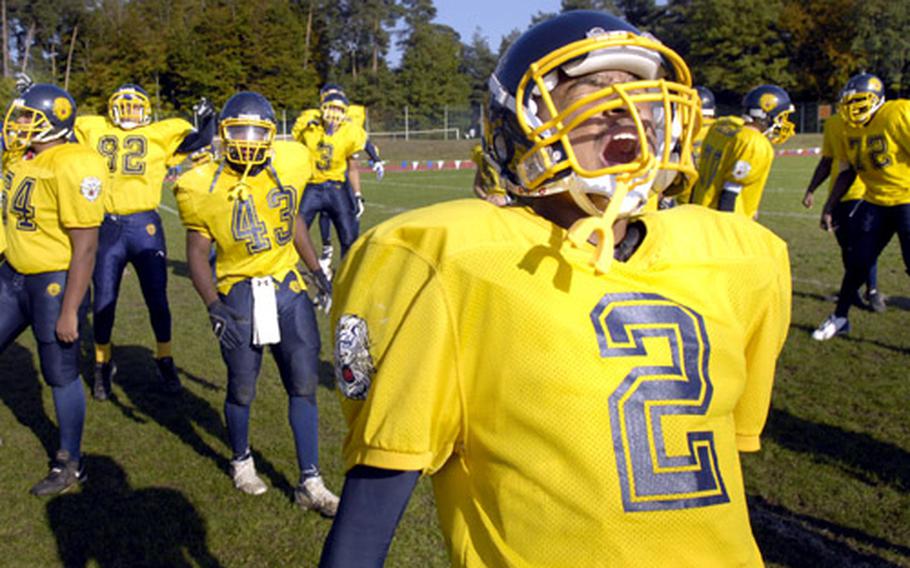 Heidelberg quarterback Chris Frazier shouts for joy after his Lions beat Ramstein 19-7 Saturday at Ramstein. Frazier threw for one TD and ran for another. (Ben Bloker / S&S)

RAMSTEIN, Germany &#8212; Heidelberg quarterback Chris Frazier threw for one touchdown and ran for another Saturday as the Lions topped Division I rival Ramstein, 19-7.

With the score tied at 7 and 6:26 left in the game, Heidelberg senior Romonno Washington returned a punt 34 yards deep into Ramstein territory. Heidelberg worked its way down to the 2 before Frazier scored on a quarterback keeper with 3:45 remaining. The extra-point kick was good.

Ramstein appeared to be set for decent field position as the ensuing Heidelberg kickoff was headed out of bounds, but a Royals player fielded the wayward kick and fell out of bounds on his own 12.

The Heidelberg defense went to work, running down quarterback Jackson Knox in the end zone. The Lions were credited with a safety when Knox threw a pass to an ineligible receiver while attempting to unload the ball, giving them a 16-7 lead with 2:51 to go.

As time expired, Kyle Ulses made good on a field goal from 27 yards out.

Washington, Frazier and fellow Lions John Sharer and Thonda Taylor II said their physical conditioning was crucial in the fourth quarter, and credited their coaches for emphasizing it.

Heidelberg scored on the first possession of the game, when Frazier connected with a wide-open Ulses on a 24-yard pass.

Ramstein had a touchdown pass called back because of a false start penalty with 6:42 left in the first half. Then, in the waning seconds of the half, the Royals defense stopped Heidelberg at the 2 to keep the score close.

Ramstein scored late in the third quarter. Royals senior Matt Burns intercepted a pass in Heidelberg territory, and three running plays later tailback Michael Wallace plowed into the end zone from two yards out to tie the game with 1:42 in the period.

Washington, a tailback, rushed 13 times for 102 yards, earning game-ball honors from Heidelberg coach Sal Katz Jr. In all, the Lions had 276 yards rushing to 90 for Ramstein.

Washington, a 5-foot-6, 140-pounder who broke numerous tackles, credited the offensive line for his performance.